The bonus of living in a big city is there are plenty of places to take a five year old nephew!
Exposition Park is just outside of downtown Los Angeles and right next to U.S.C. Not only does it have the California Science Center with an IMAX Theater but The Natural History Museum, African American Museum, L.A. Coliseum, Rose Garden and an Expo Center.
Yesterday my sister Penny brought my nephew to see the "Hubble 3D" IMAX. Seems like everything is in 3D nowadays but I have to say that seeing space in 3D was pretty incredible and well worth driving to Exposition Park. Of course, I am speaking for my sister here because for me it was only 20 minutes in the non traffic hours!
If you see the film, a lot of it centers around the project of Hubble and the astronauts going into space to fix and update the telescope. Their courage is so inspiring. I can't imagine being tethered in space, out there working weightless (doing something technical!) ... it's pretty unbelievable. (Unimaginable in my world - especially the technical part!)
Photos from the Hubble Telescope never cease to astound me with their incredible beauty and view of the universe.
California Science Center 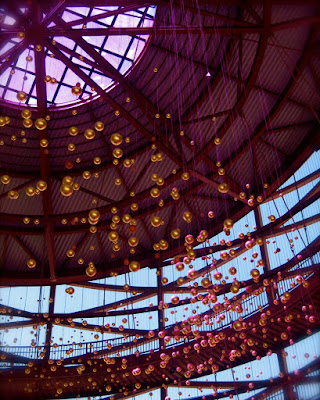 Benjamin ready for space in his Star Wars t-shirt 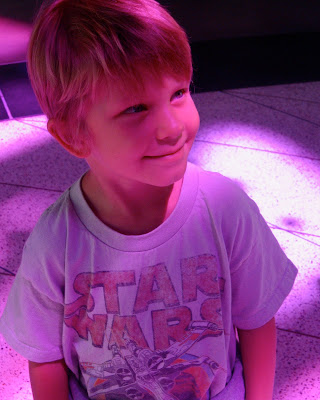 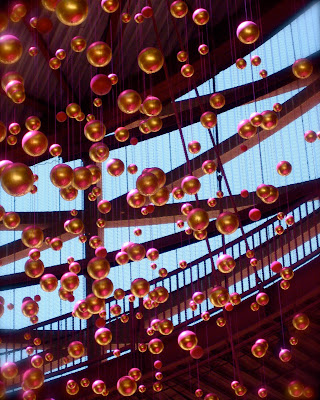 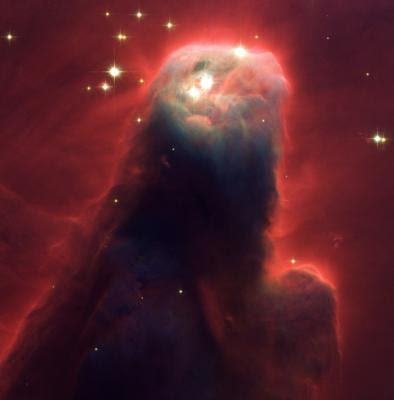 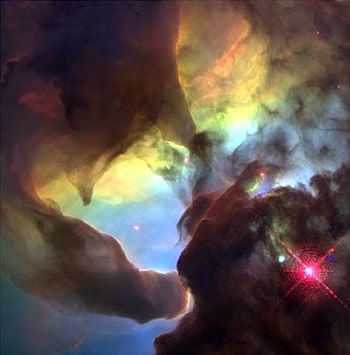 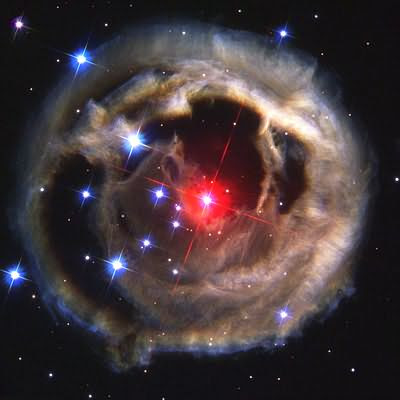 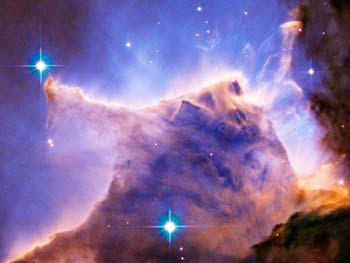 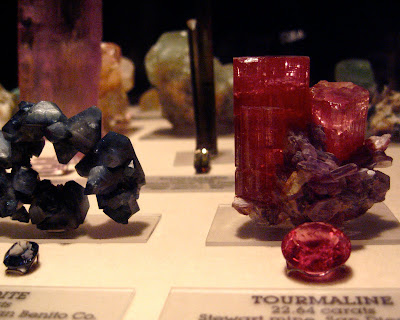 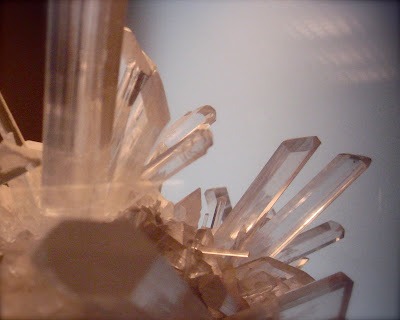 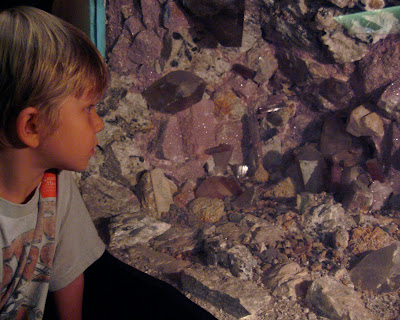 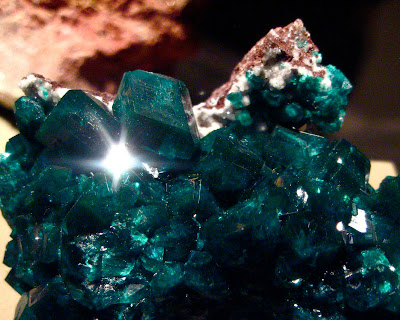 When I was little (O.K. I still do this!) I would imagine shrinking down until I could fit inside of a geode. I'd imagine being surrounded by these beautiful crystal caves. Then, in National Geographic they showed caves down in Mexico that are just that! Huge crystal caves! Like where Superman's dad (a.k.a. Marlon Brando) hung out in the Superman movies. ;) 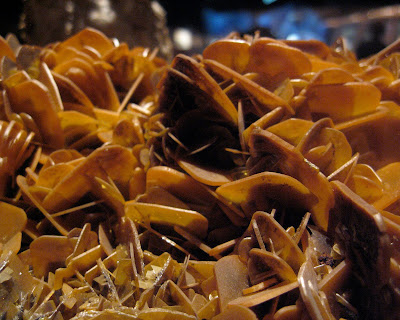 The room where they had the "Age of Mammals" exhibition was like being an a sculpture gallery flooded with light. I was wishing for my sketchpad! 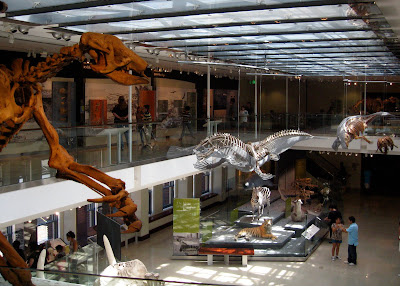 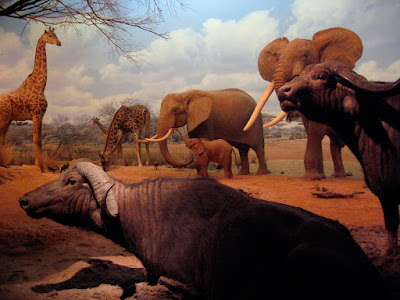 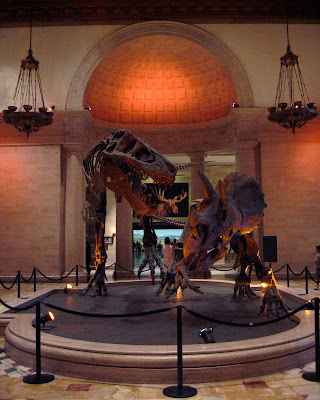 What an inspiring day. It's always fun to see my nephew's reaction to things and what gets him excited. Often it's not something I would really get into but through his eyes I get to see it in a whole new way.
"A human being is a part of a whole, called by us "universe,"
a part limited in time and space.
He experiences himself, his thoughts and feelings
as something separated from the rest...
a kind of optical delusion of his consciousness.
This delusion is a kind of prison for us,
restricting us to our personal desires
and to affection for a few persons nearest to us.
Our task must be to free ourselves from this prison
by widening our circle of compassion
to embrace all living creatures and the whole of nature in its beauty."
~Albert Einstein
Posted by Cobalt Violet at Wednesday, August 25, 2010

How lovely...the exhibit looks and sounds wonderful.
A bit off topic, but there's an app that works as a star guide so you can i.d. the stars you're looking at...I thought you might have fun with that :)

Love the photos from both - amazing!
Crystals are magical, aren't they?

You're so right about living in cities with so much to do...I miss that bit. Your nephew is cute as a button with his Star Wars shirt on! If you can get the Planet Earth series they have an episode about those same caves...they are like nothing I've ever seen. The government has closed them up now because they are so fragile. Isn't the world an amazing place?!

Beautiful exhibits. I love those gems and crystals. They are so mesmerising.

Oh, my gosh! This is wonderful. What fun! Benjamin is adorable.

Ah, how beautiful. To visit places like this and get completely absorbed by it is so magical. It's like you leave your own world and enter into another dimension.

Isn't it strange how we feel separated from everything? I truly believe that is one of our biggest challenges and projects as human being on earth - realize that we are more than human beings. We are one with it all.

that looks like so much fun! i really like the hubble pictures of space theyre so cool