Road Trip ~ A Walk on the Beach

It was the last evening of our rather quick road trip to Santa Cruz. It felt so great to have my toes in the wet sand. Rachel walked ahead while I meandered behind taking pictures and picking up rocks and shells ... then I found one ... a whole one! A sand dollar!
I don't know when I have ever found a whole unbroken sand dollar! Maybe as a little kid when we used to camp at the beach. I was beside myself. It felt like a magical gift. The thing is, how do you know when it's still alive? When they are alive, do they have tentacles or something? This concerned me a bit. Just to be sure, after all the excitement and the photographing of it with the waves behind it, with sand behind it, and with a lovely sky backdrop, it was decided after a brief discussion with Rachel, that alive or not, I would throw it back to it's home in the sea.
And then I saw him. This beautiful little egret. (At least I think he was an egret. I'd make a terrible birder!) He was walking in the surf, looking for an appetizer and seemed to be only slightly annoyed to have become the principle model in my beach photo shoot. If he was anything like my parrot, I'm sure he got a kick of my getting slightly clocked by a wave as I tried to get down low to the sand to get the perfect shot. Don'tcha just love wet sandy jean bottoms? Anyway, he was worth it, even if I never did get the perfect shot. He is actually even in the last distance shot, barely visible, at the edge of the water, close to the cliff. I know he's hard to make out.
Oh yes, and by the way, I am now on my sisters computer and on my screen at home, my feet didn't look nearly as blinding white! I don't know what happened! Anyway, just in case you were wondering, no I am not albino. (Not that there's anything wrong with that.)
Rachel on the beach ... 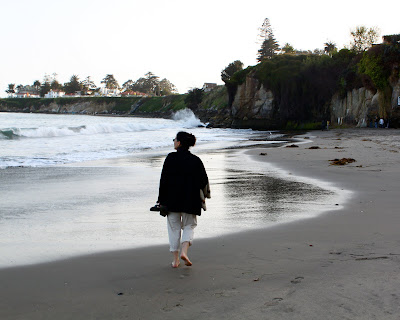 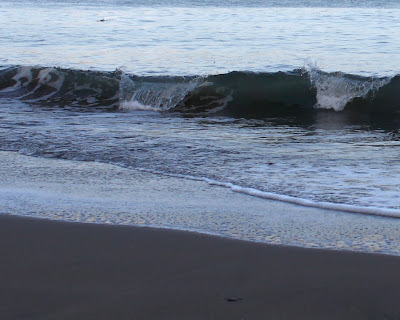 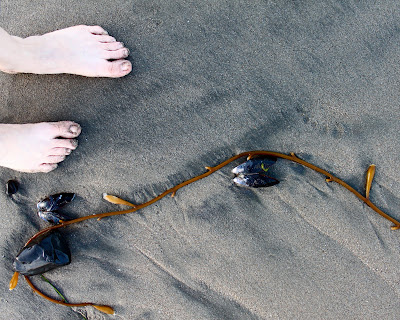 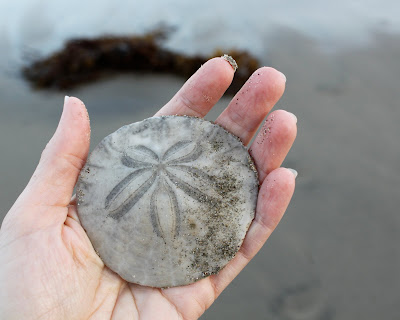 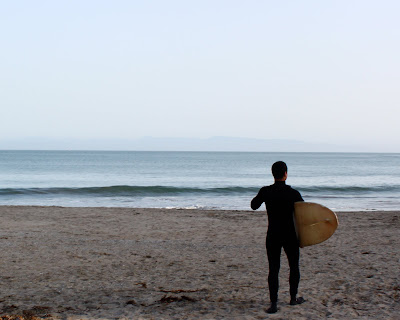 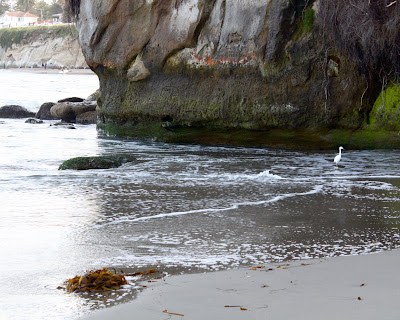 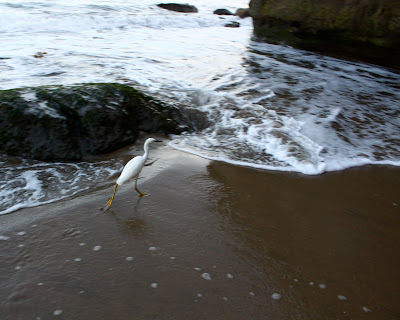 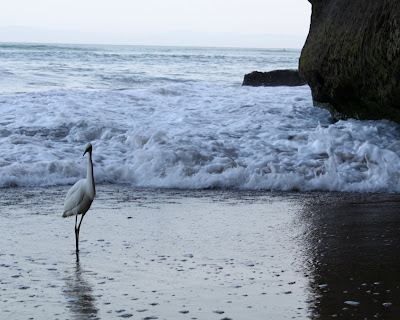 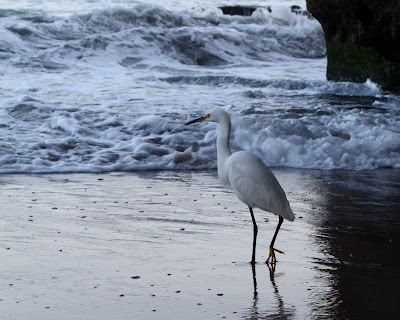 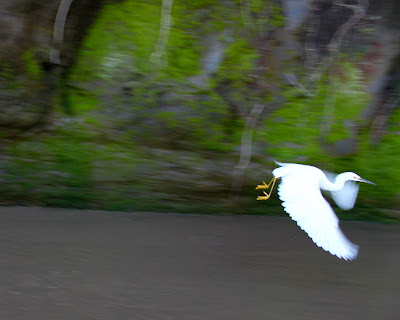 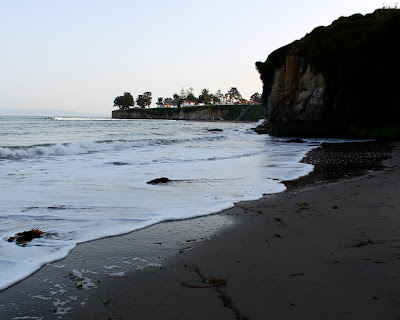 “Sponges grow in the ocean.
That just 'gets' me.
I wonder how much deeper the ocean would be if that didn't happen.”

these shots are wonderful! take as a sign as good things to come:) p.s. you should see my feet;)

Sand dollars are such a part of the northern CA canvas. I miss them! Where I am white skin is rare and special, important to protect. :)

I love their yellow legs, they seem so dandified. A lovely sequence of shots of your selected victim...

I can never get enough of Stephen Wright! Or your white toes! And yes, that looks like an egret to me too.

What a lovely day...I always feel blessed to see such creatures as the egret...I especially like the shot of him standing looking at you..

The egret is amazingly beautiful. Wow that sand dollar is beautiful. I thought they were much smaller (which goes to show how much I know about them). I would love to have one (dead) for my collection.

Finding one of nature's whole treasures is a gift and a sign for luck to continue your way. Wonderful photos and a beautiful day! Enjoy my friend! xo

V, i felt as i was walking along the beach with you guys.Thank you for sharing !

Many thanks for the comments and I definitely took finding the magical sand dollar as a good sign!

Apparently if you break one open, legend says, it will release five doves. I have never had the heart to try it!
One website said it is its' teeth ... but i like the dove story better. :)

1. Thank you so much for not only visiting my blog, but for leaving a comment.
2. I love your photos -- I spend time at the beach -- ANY beach, whenever I can.
3. I collect sand dollars. It's amazing, but they seem to find me!! Interestingly, the ones I have found on the East Coast have five holes in them; the ones I have found on the West Coast, like yours, have none!
4. Yes, there are many of us: survivors, and our numbers increase each year. I'm thankful for the 7 years I've had so far -- although this time of year is rough for me - as I approach my doctor's visit and yearly blood test. I wish you well.
5. I'll be back!!

Gorgeous shots. Thanks for sharing them. Just beautiful!!

If you want your ex-girlfriend or ex-boyfriend to come crawling back to you on their knees (no matter why you broke up) you need to watch this video
right away...

(VIDEO) Win your ex back with TEXT messages?