I Love A Parade ~ July 4th and Parades Gone By 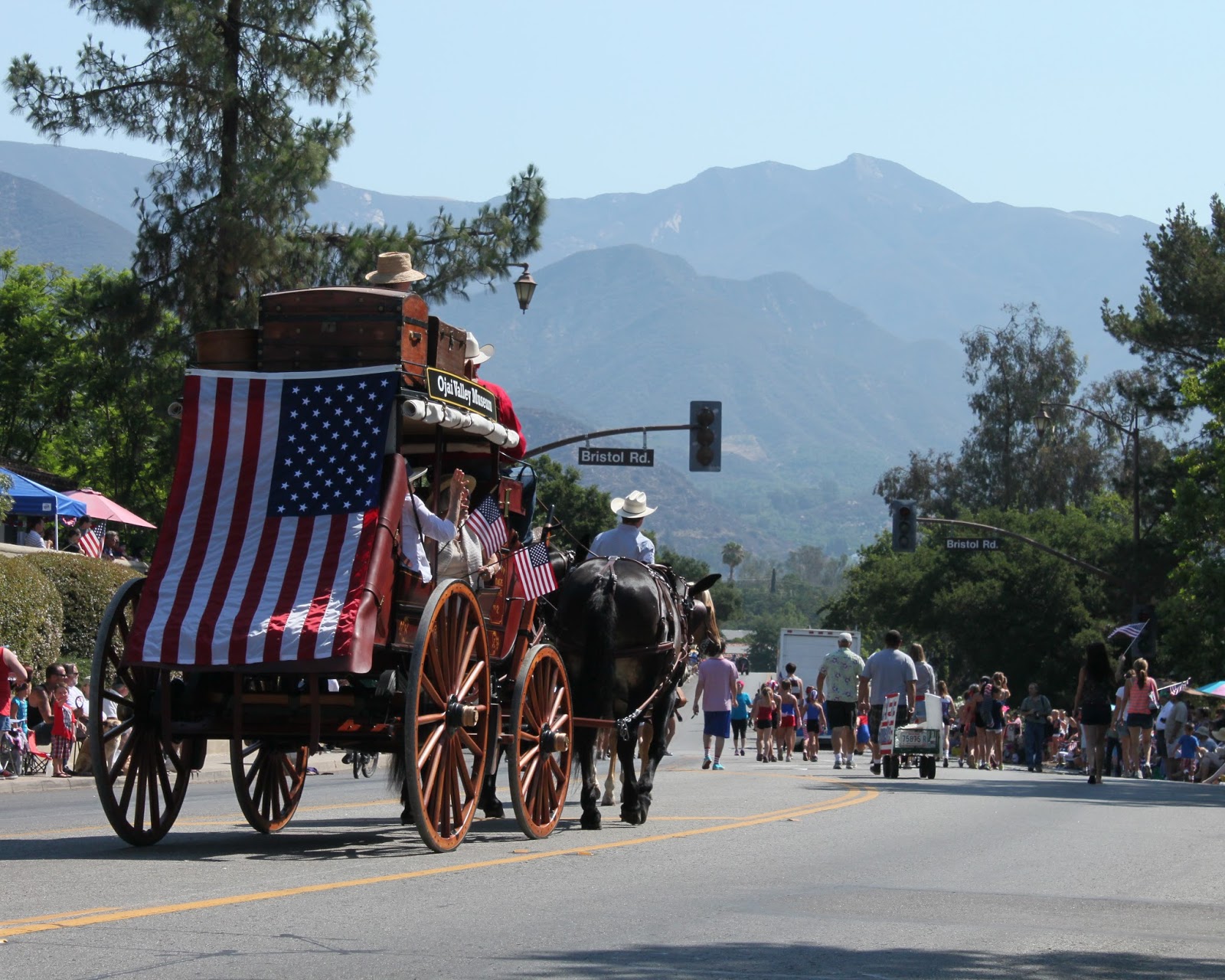 Well, I'm not quite making it up to Ojai, in time for the parade this year.  I have a sneaking suspicion, though, that there will be some of the usual suspects involved in the festivities. Of course, that's one of the things I love about a hometown parade!

These photos, were from last years parade, in Ojai California. 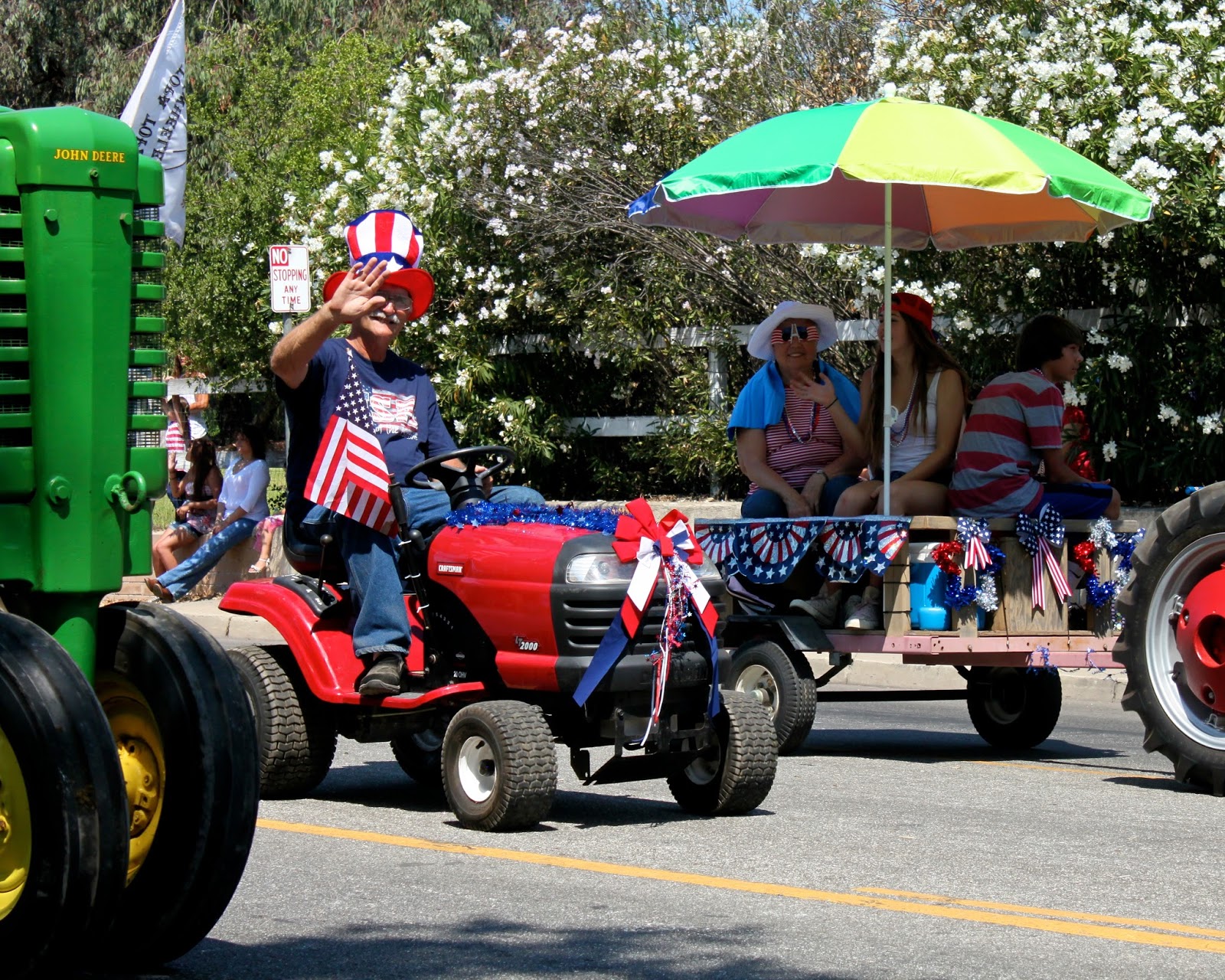 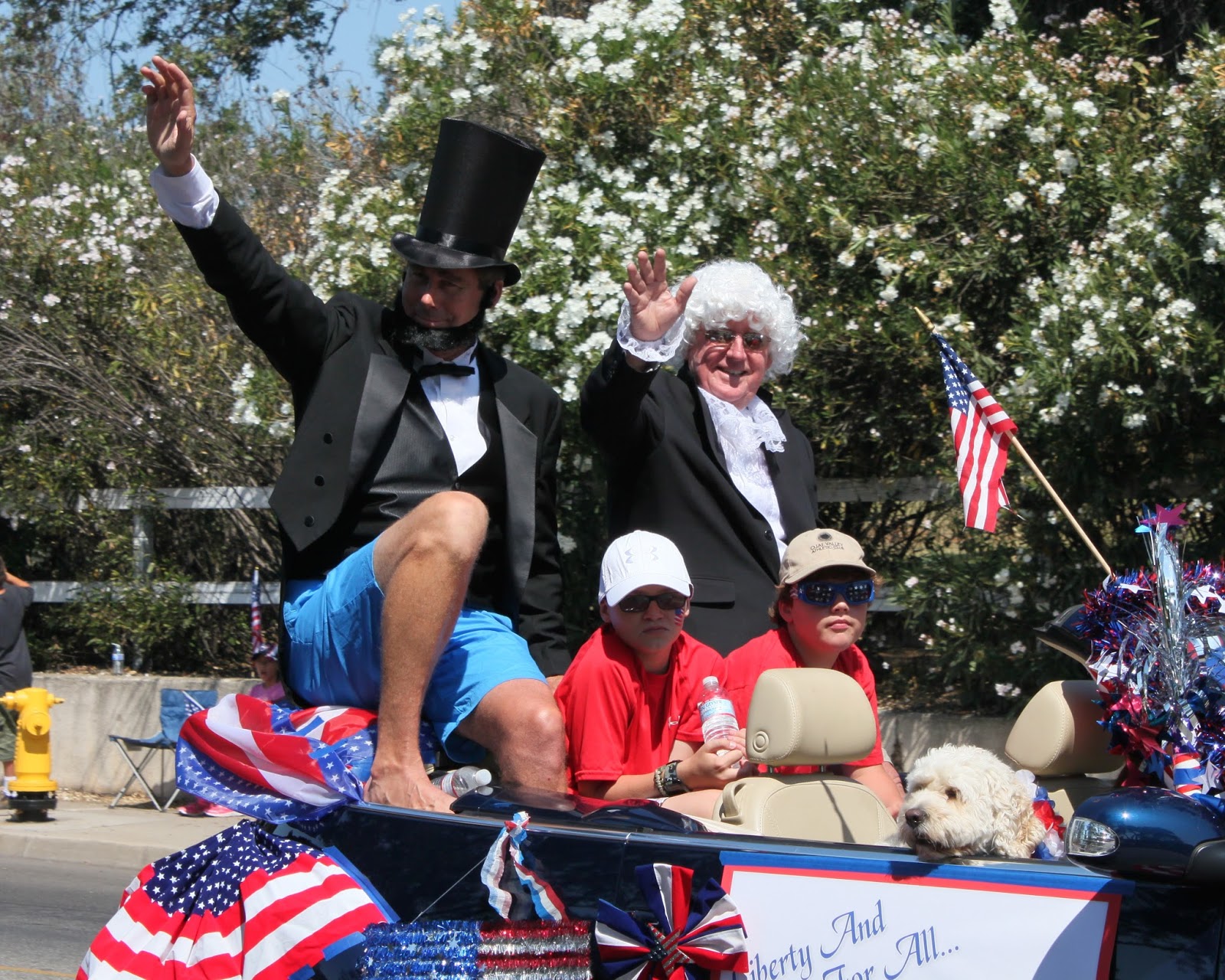 Love the all the kids, in the parade! 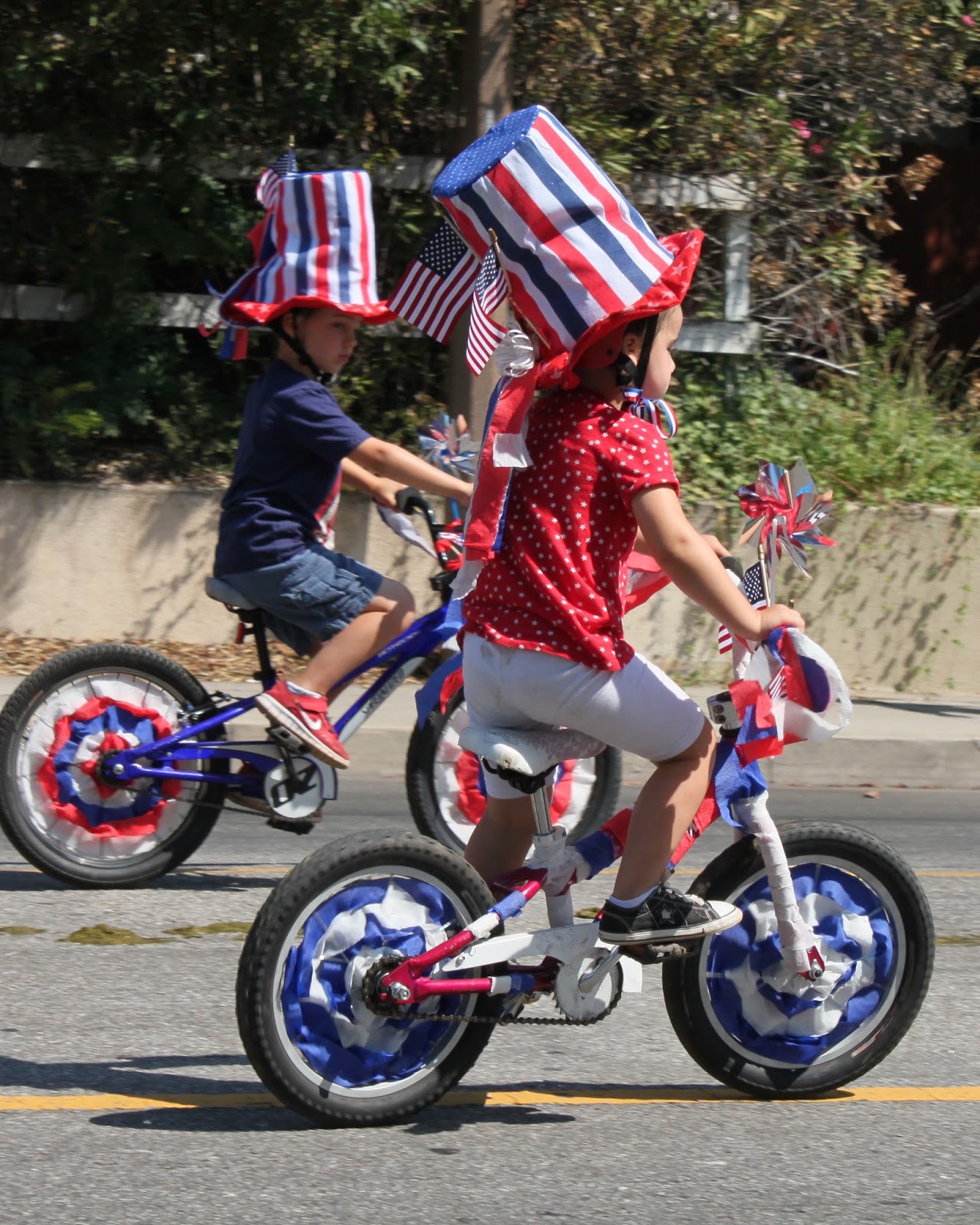 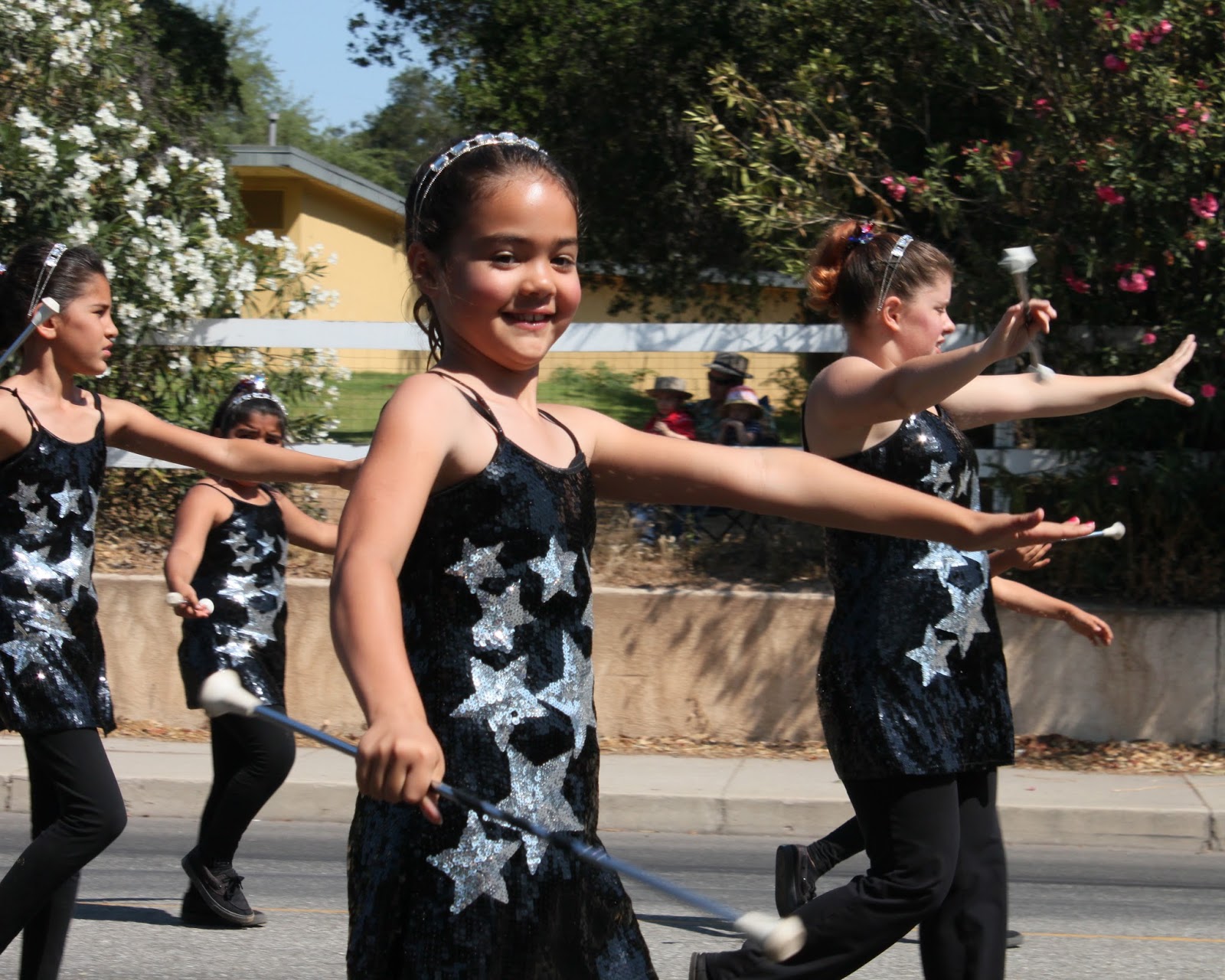 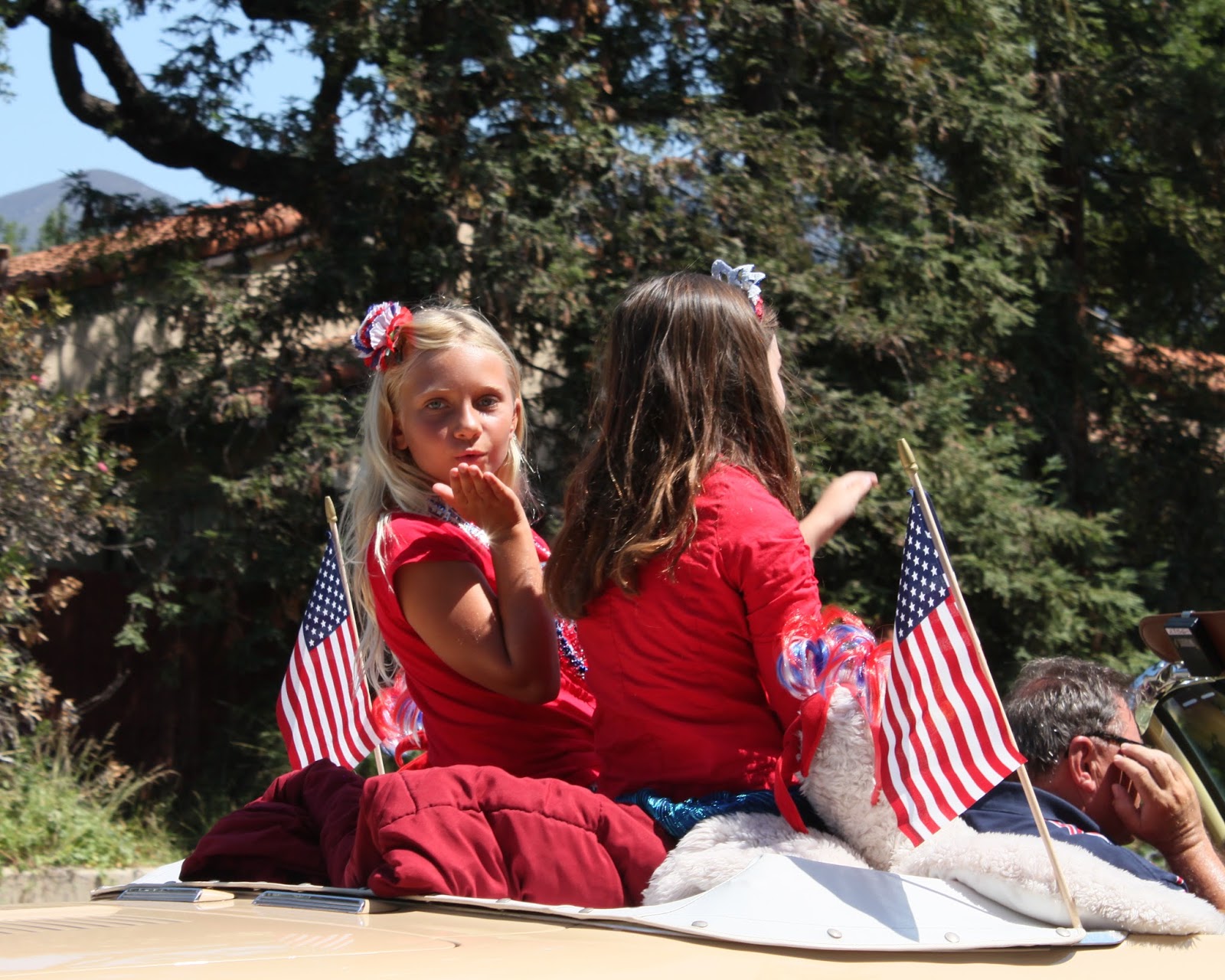 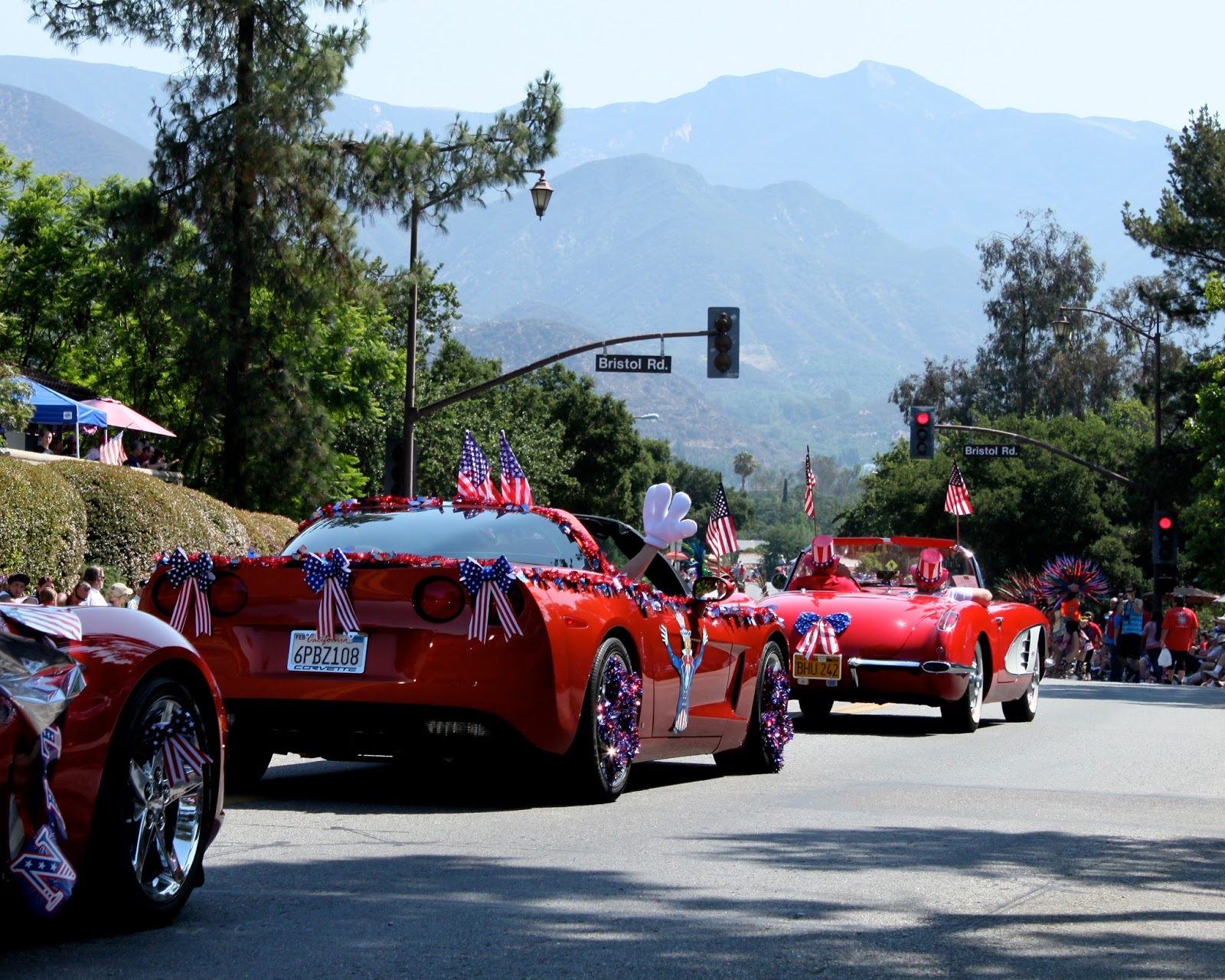 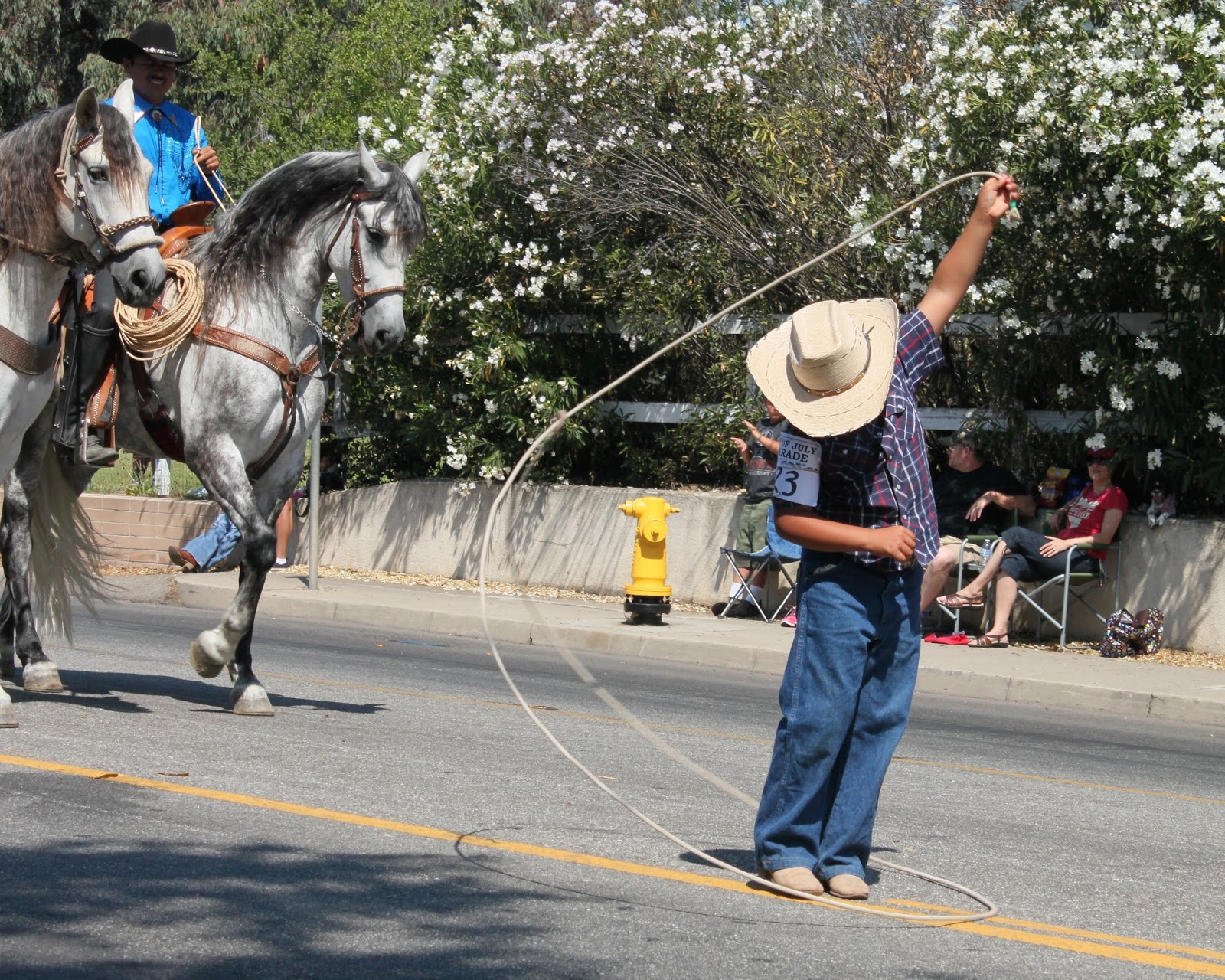 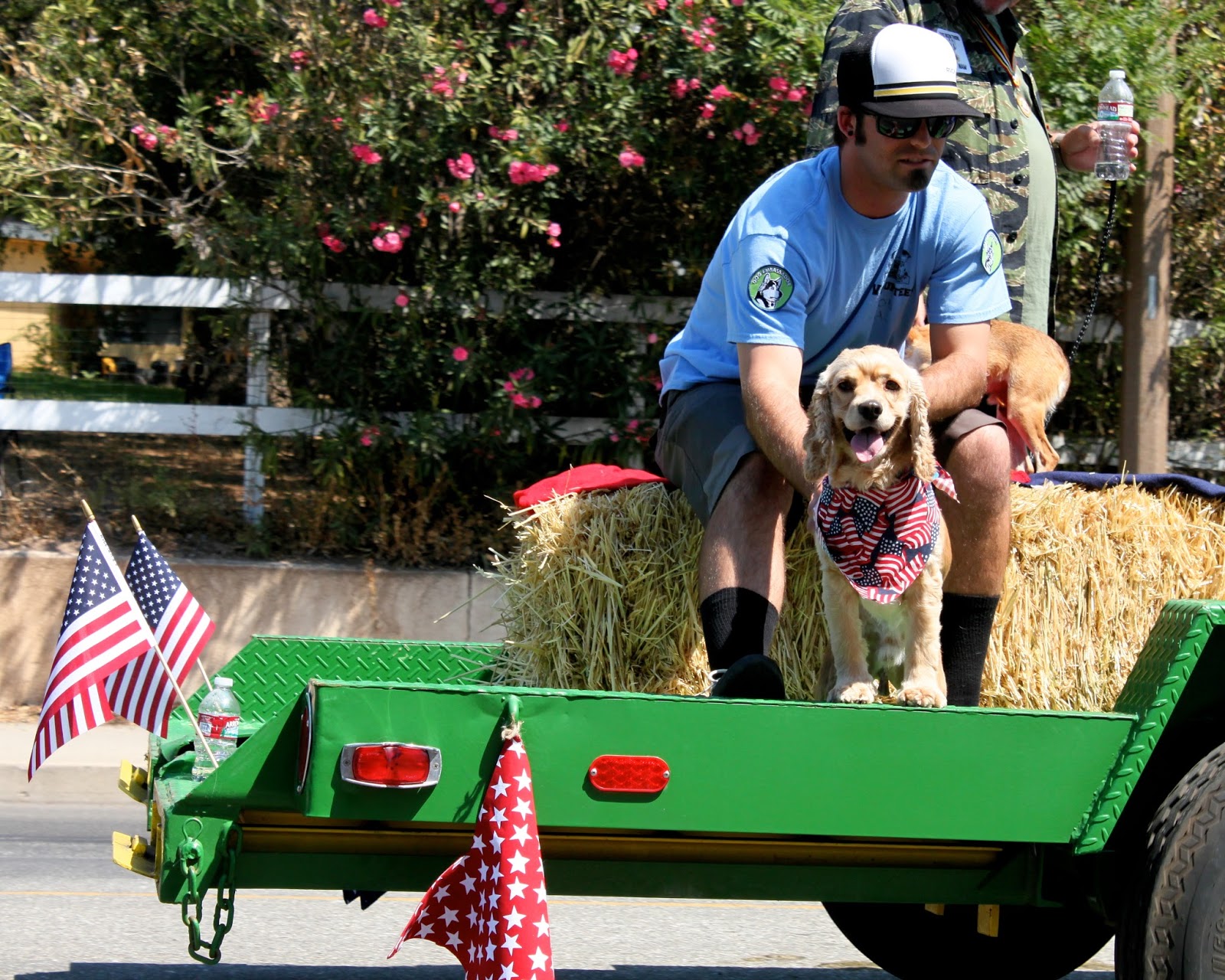 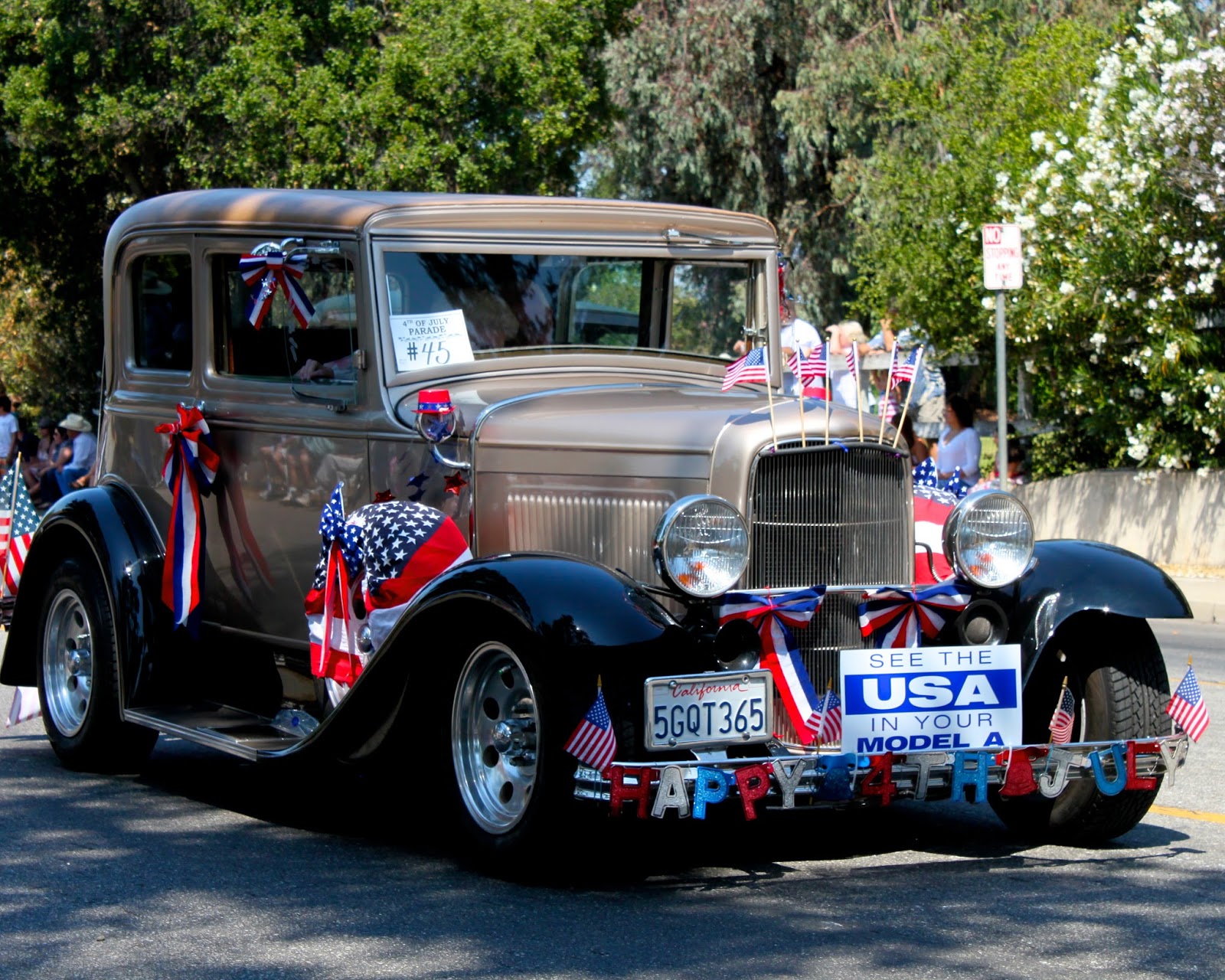 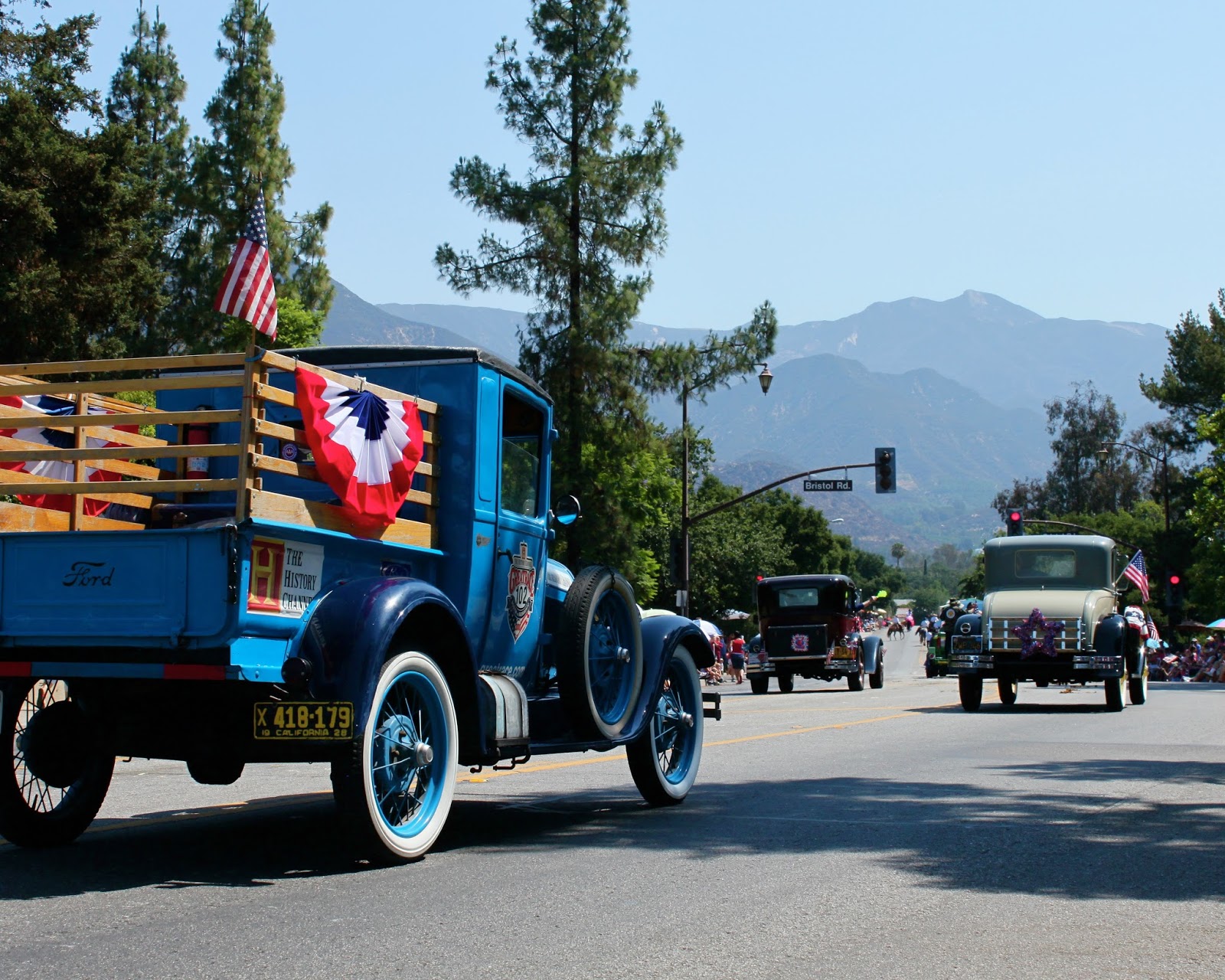 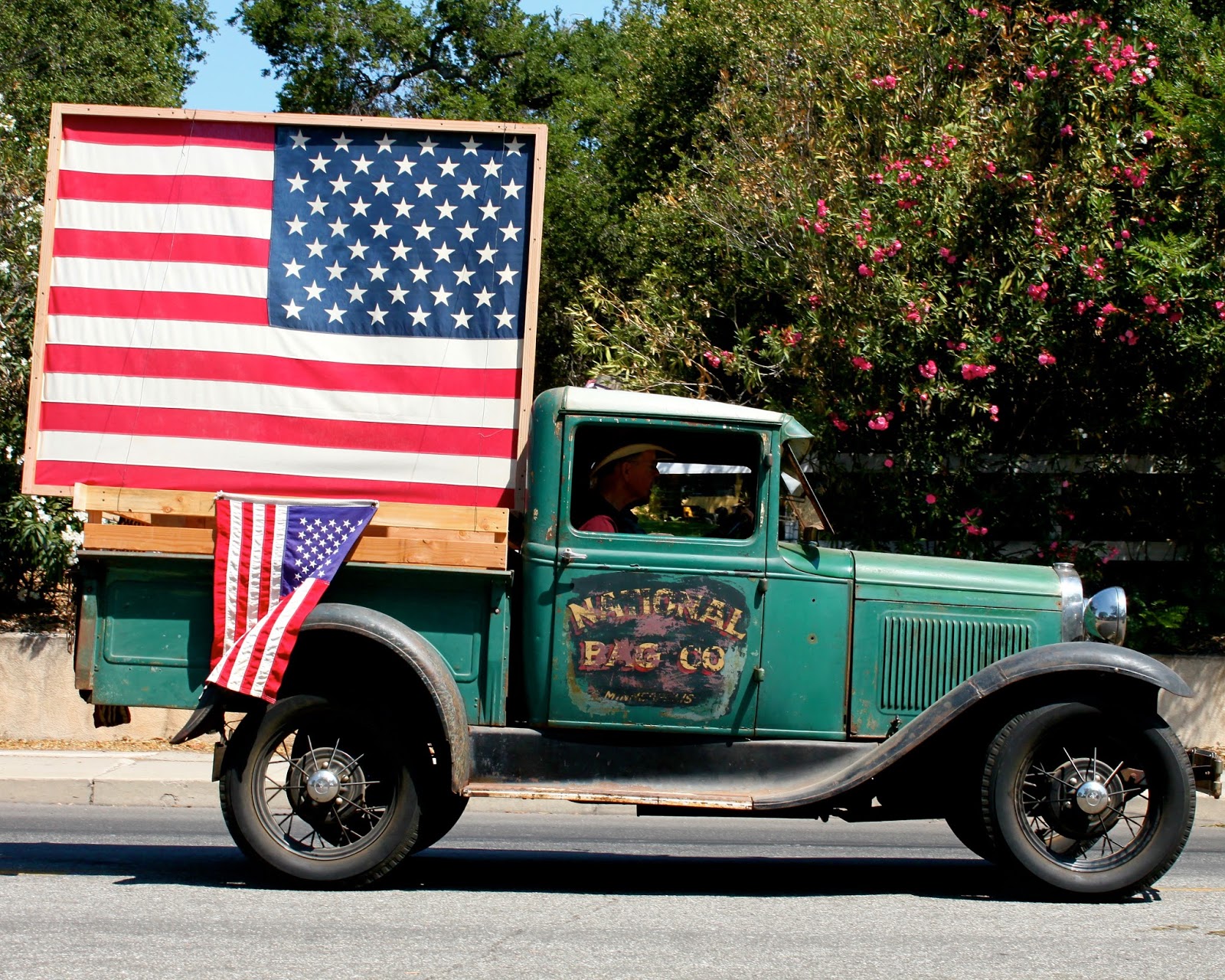 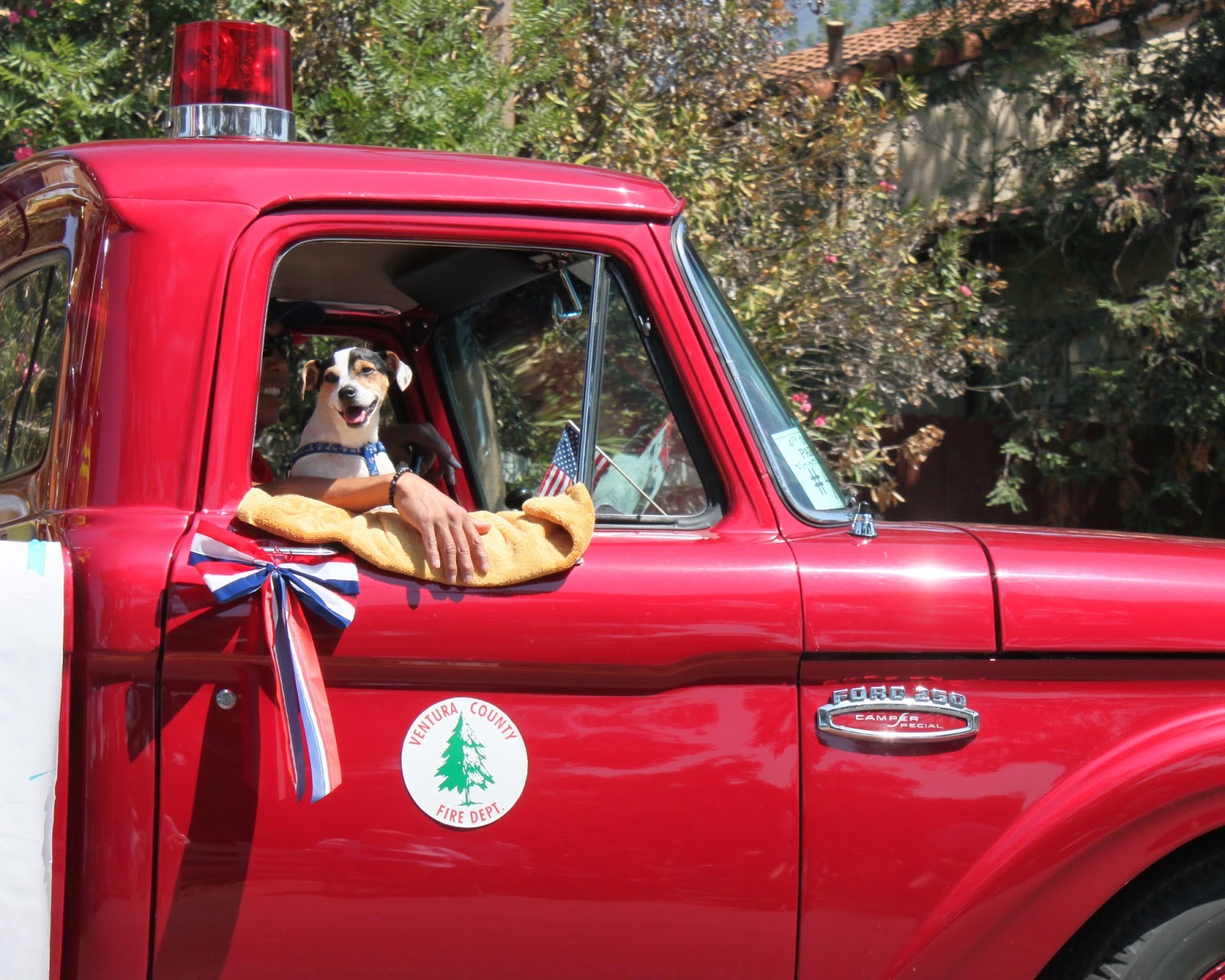 I suspect my attachment to, and love of, 4th of July parades goes back to my childhood and being in the "Pushem-Pullem Parade" with my sister Penny, and our old pals and neighbors, Stephen and Matthew almost every July 4th!

For all but the last, I am completely guessing on the years! Oh, and the parade was (and still is) on Main Street in Ventura, California, just in case you were wondering. 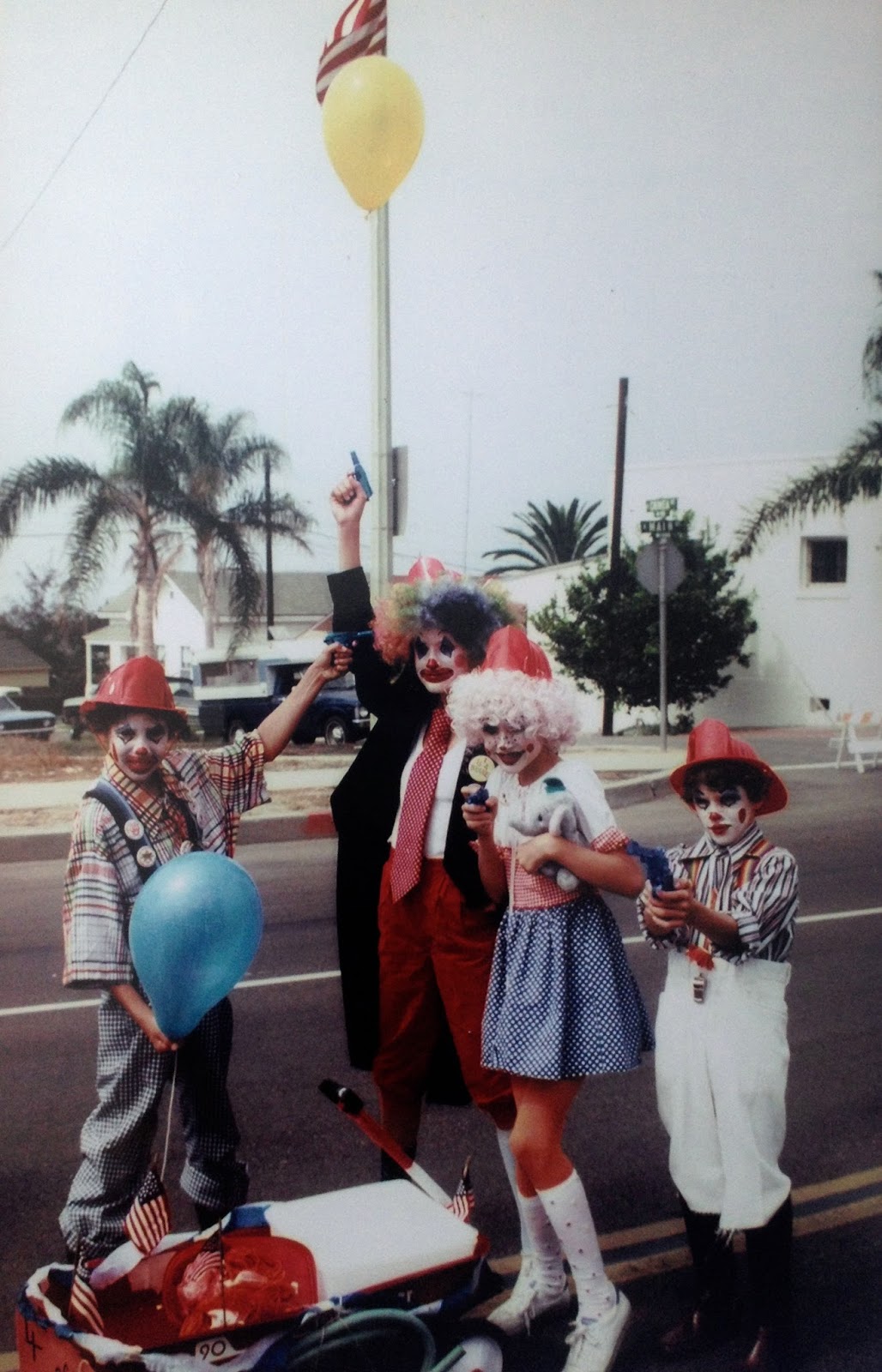 The Wizard of Oz Year
Poor Matthew doesn't look so happy to be the lion. 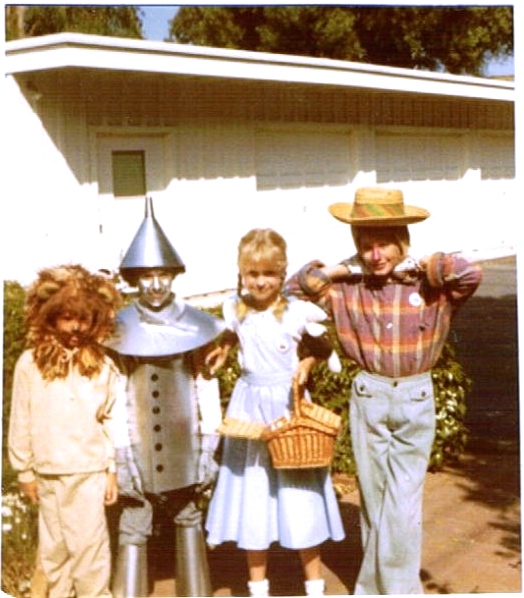 The year we did Cinderella.
My sister, far left as the fairy Godmother, then yours truly as Cinderella, Stephen as the Prince and Matthew as the King, hidden behind Steve. I'm guessing that I was the one deciding what we were dressing up as, since it looks like I was the "lead" ... again. Thanks guys, for going along with it! ;) 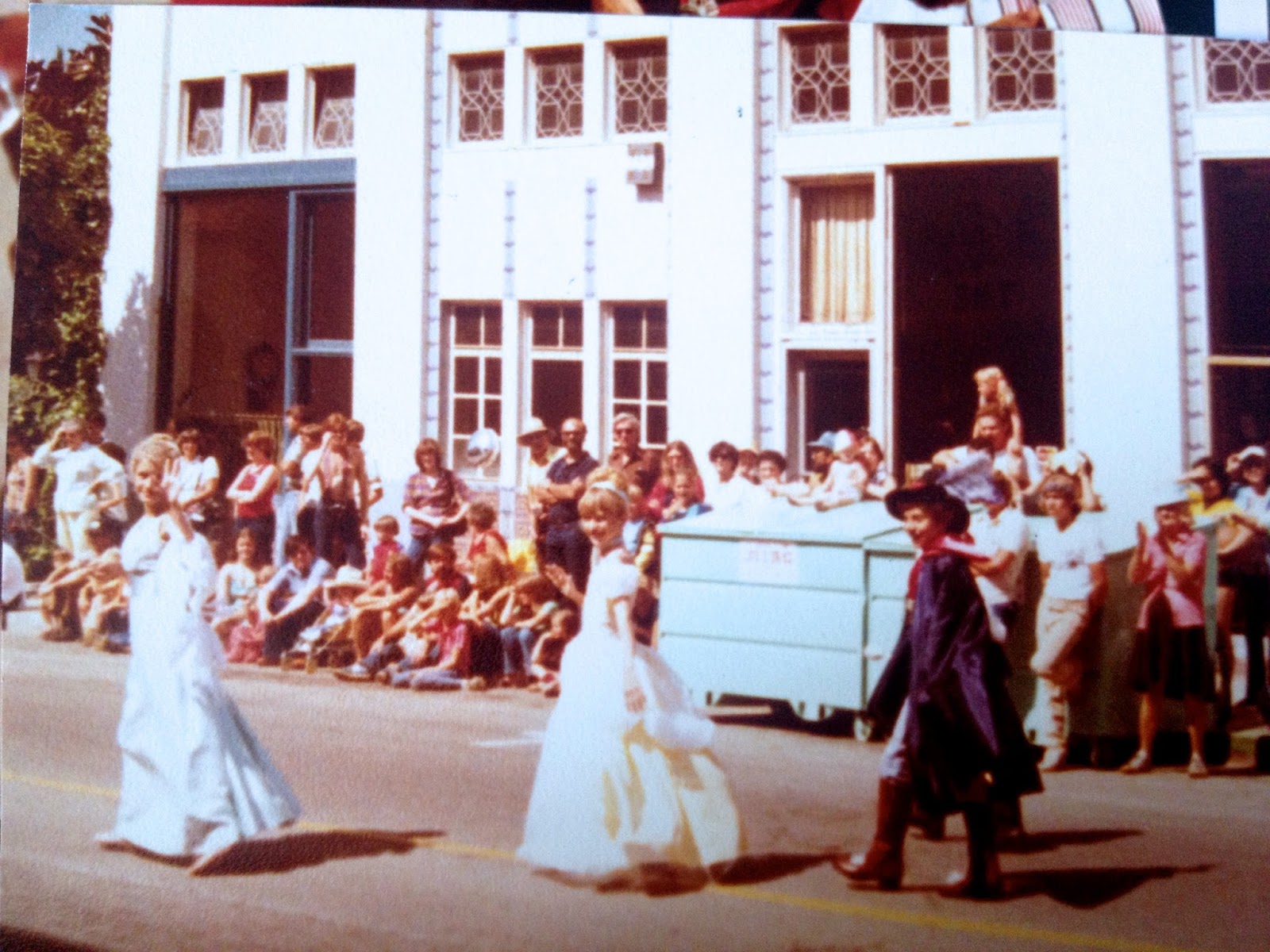 (It must have been a fairy tale theme, that year!)
Stephen and I, below. 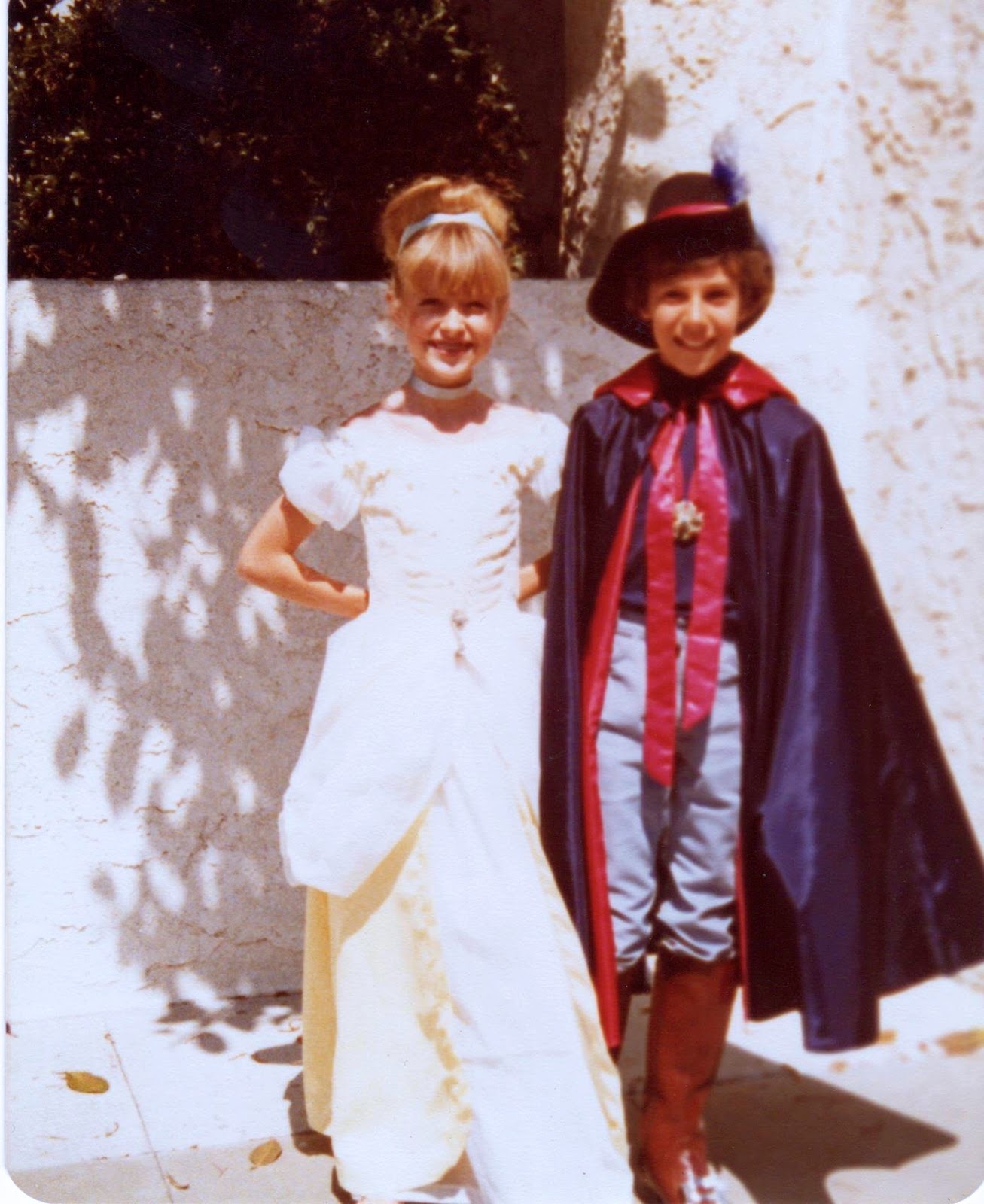 Steve's little sister Amanda is in the stroller (guessing this is after the parade ended) and that's my sister Penny, on the right, as the fairy Godmother. 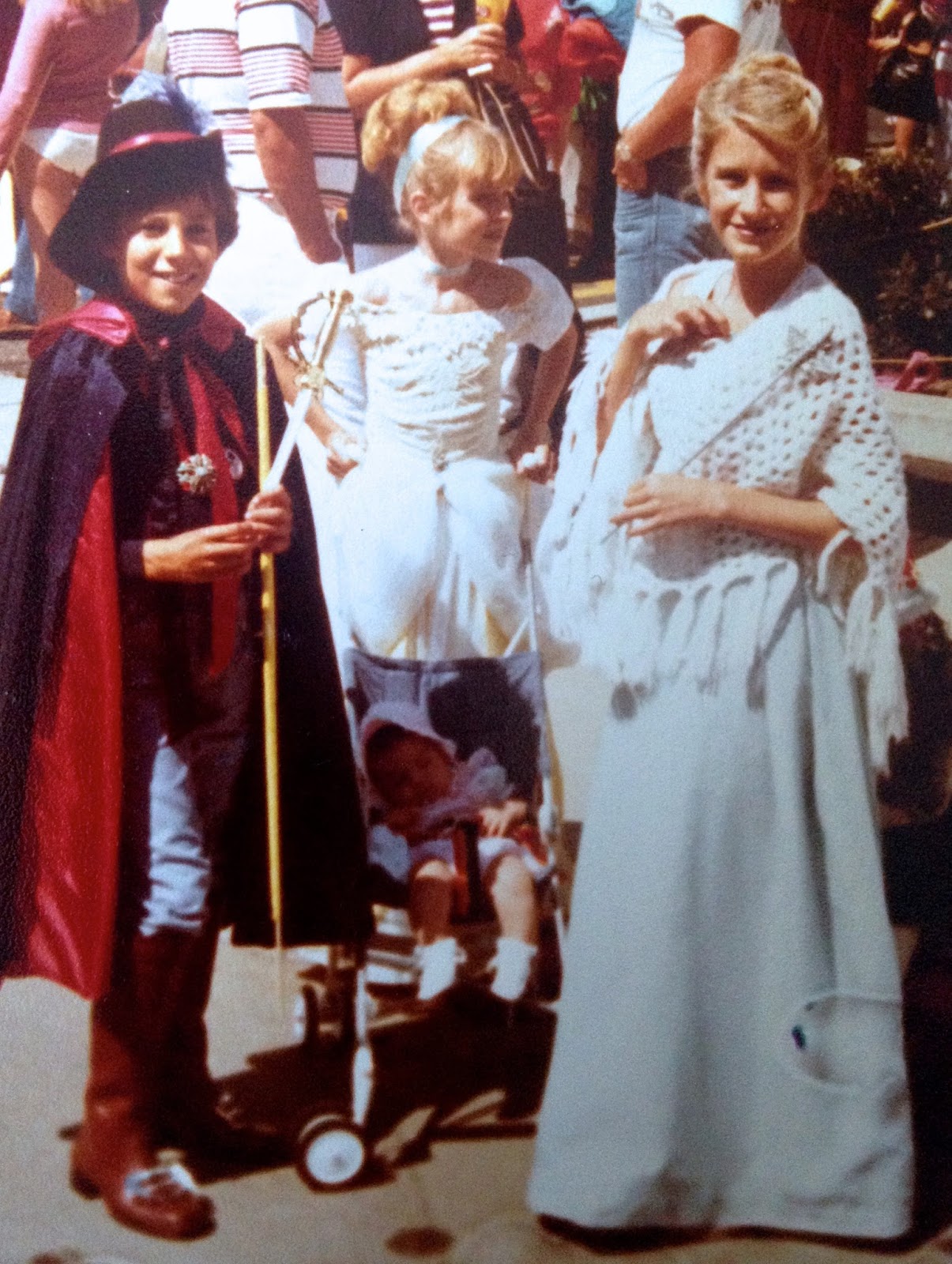 I found out on Facebook today, that I am not the only one who saved this button! 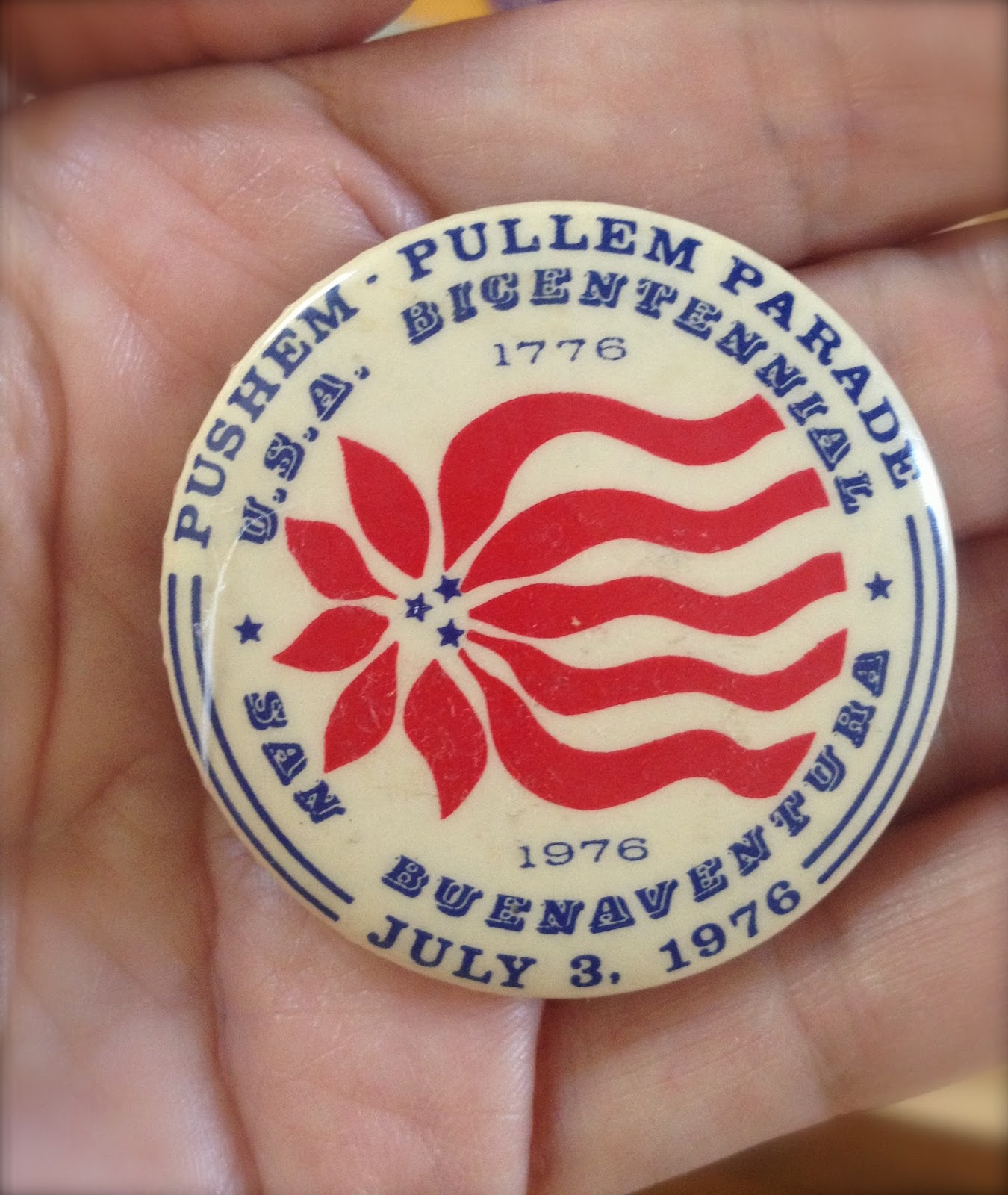 And the U.S. Bicentennial ~ 1976
As Betsy Ross (taking my job very seriously.) 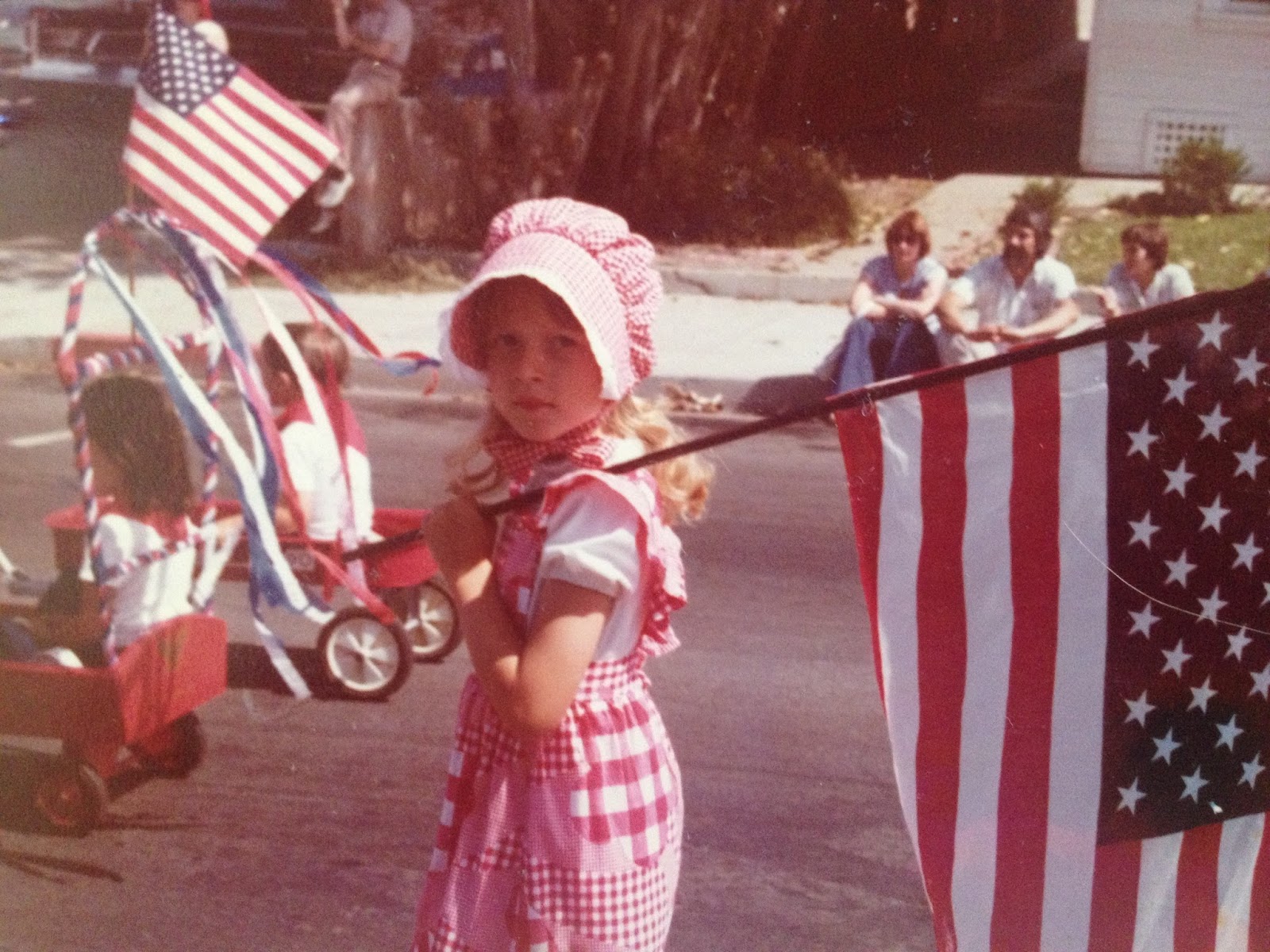 Wonderful parade memories.
Hope you enjoy some fireworks, too.

The sweetest of parades.

Great shots - I love Ojai. Was hoping for a peek of some of those gorgeous purple jacarandas!

There is shocking news in the sports betting industry.

It has been said that any bettor must watch this,

Watch this or quit betting on sports...