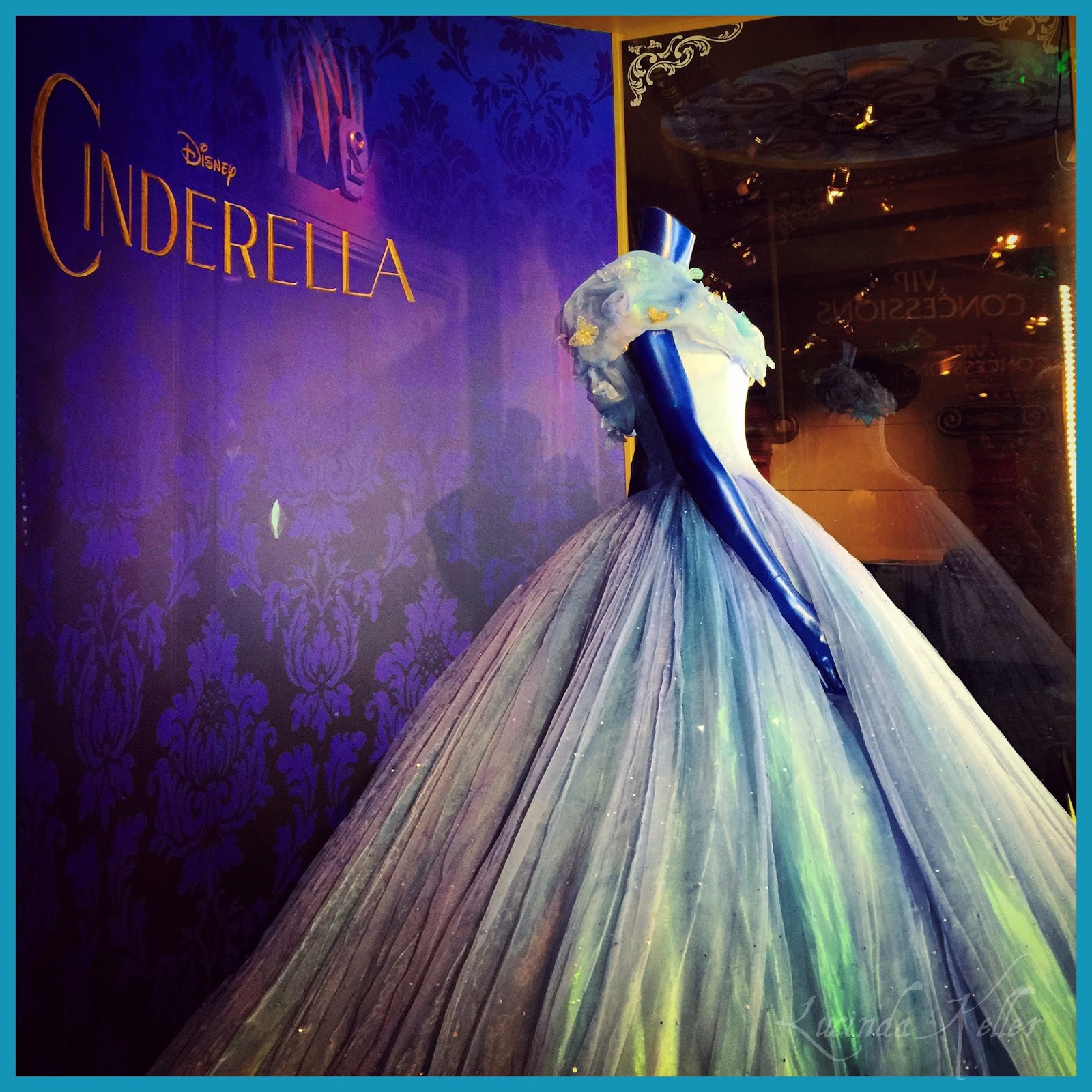 When my sister and nephew came into town, we had a night out in Hollywood. (My nephew's request.) We got tickets online for Cinderella at the El Capitan, the old 1920s theater on Hollywood Boulevard. It's owned now by Disney so they always play their new films and documentaries there, and usually have a pre-show.

What I love is that they usually have costumes there, from the movies. You might remember that from my Muppet movie post. 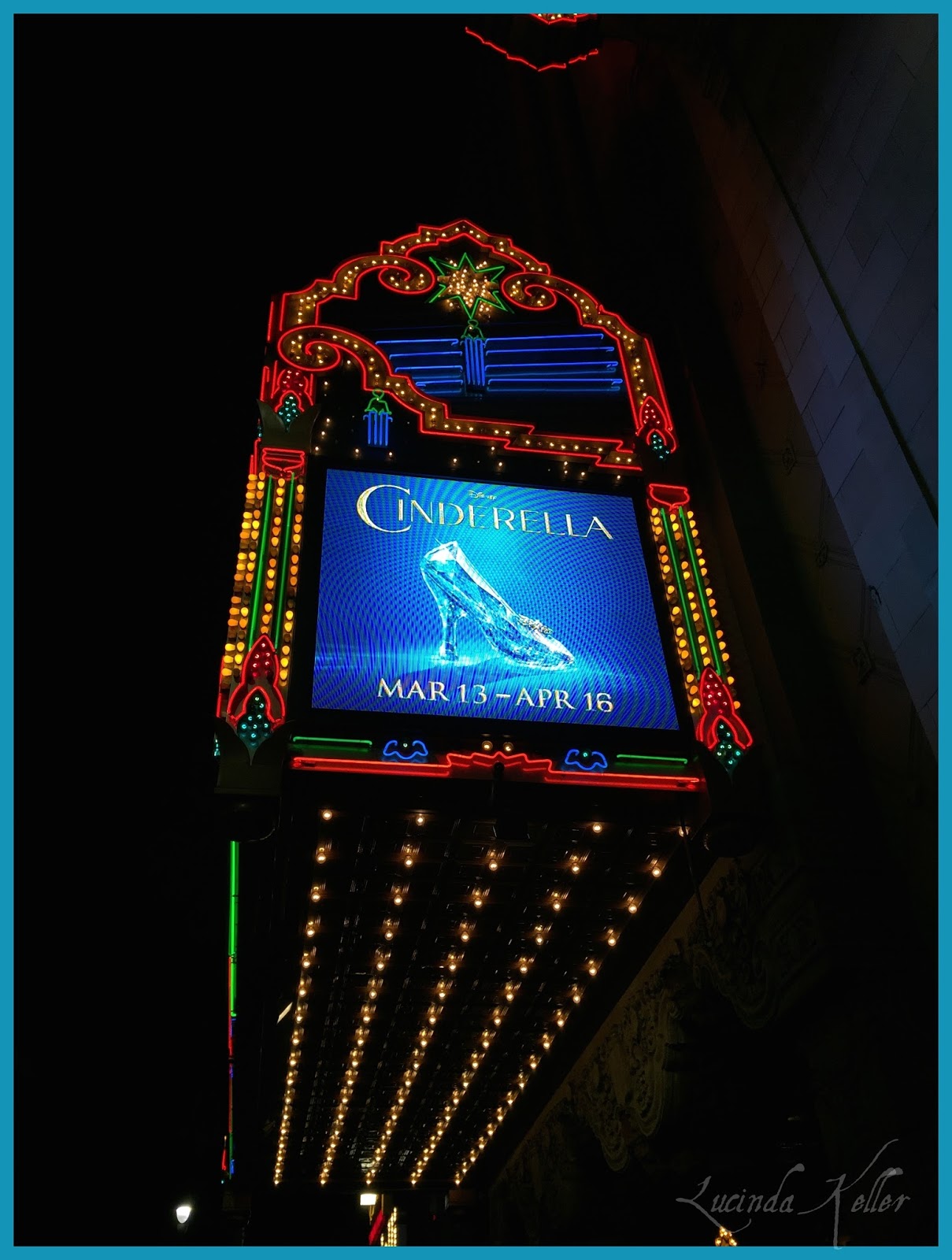 There is a beautiful old organ in the theater and, that night, an organist playing it ... 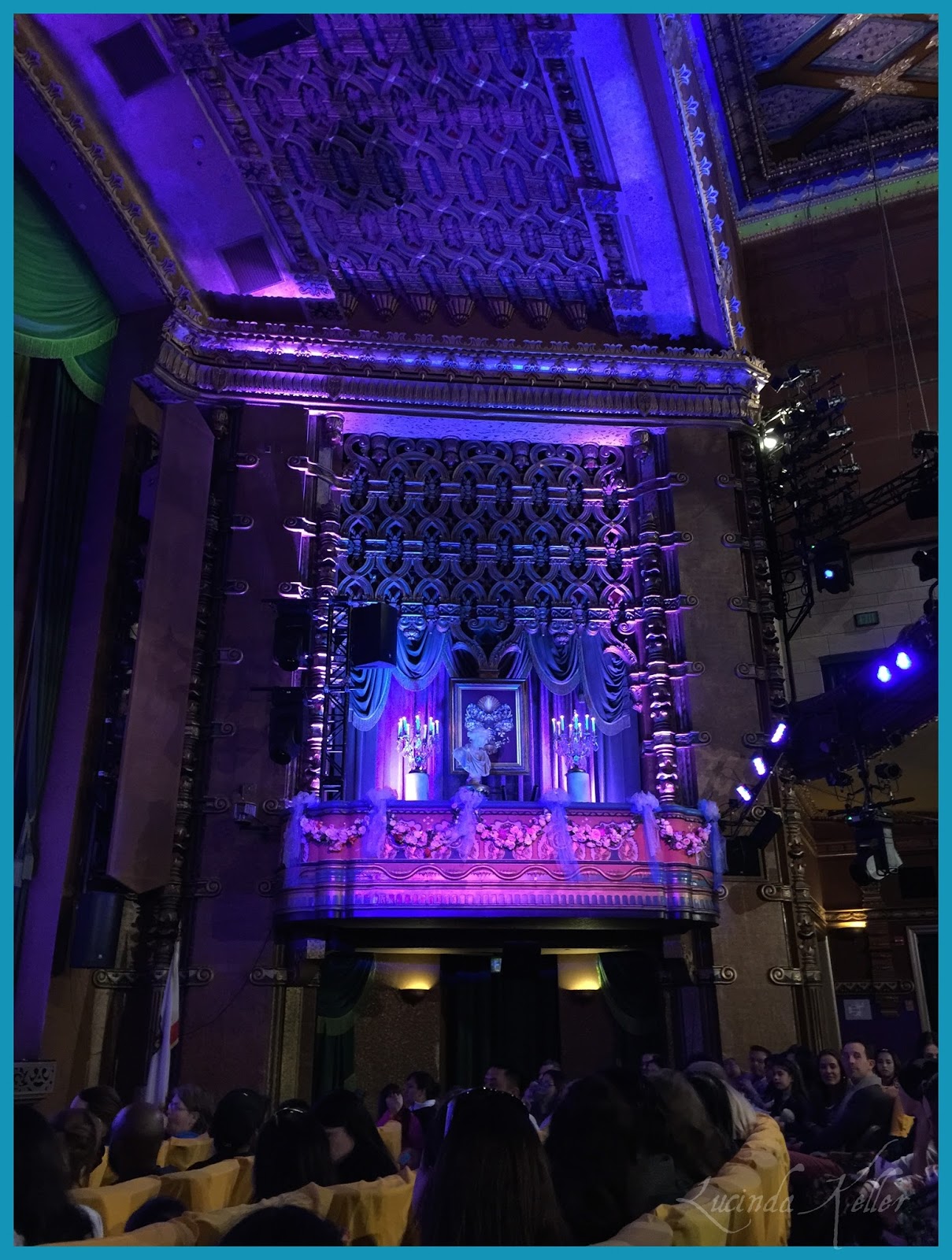 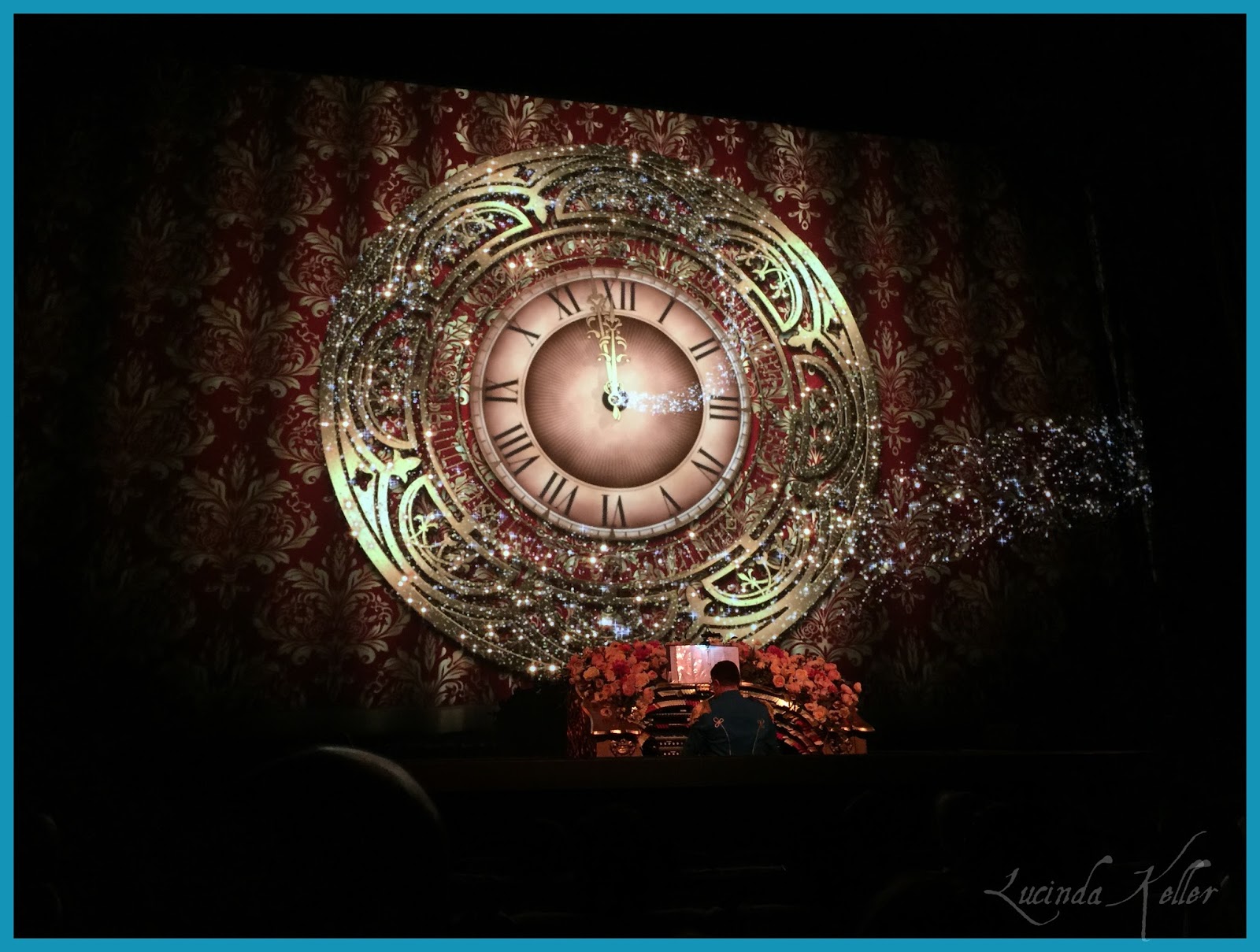 Below, you can see the organist going down into the stage at the end of his set. 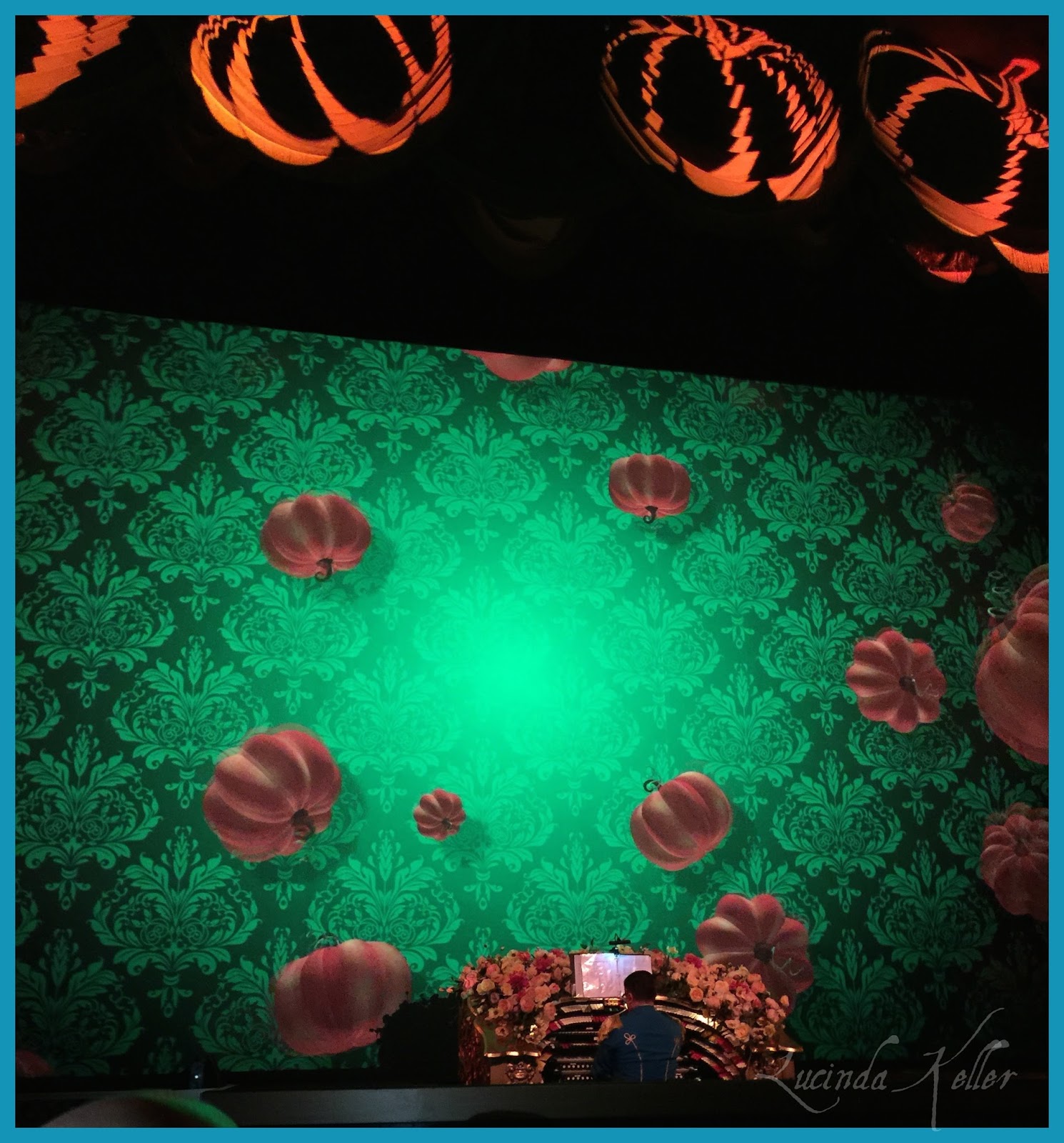 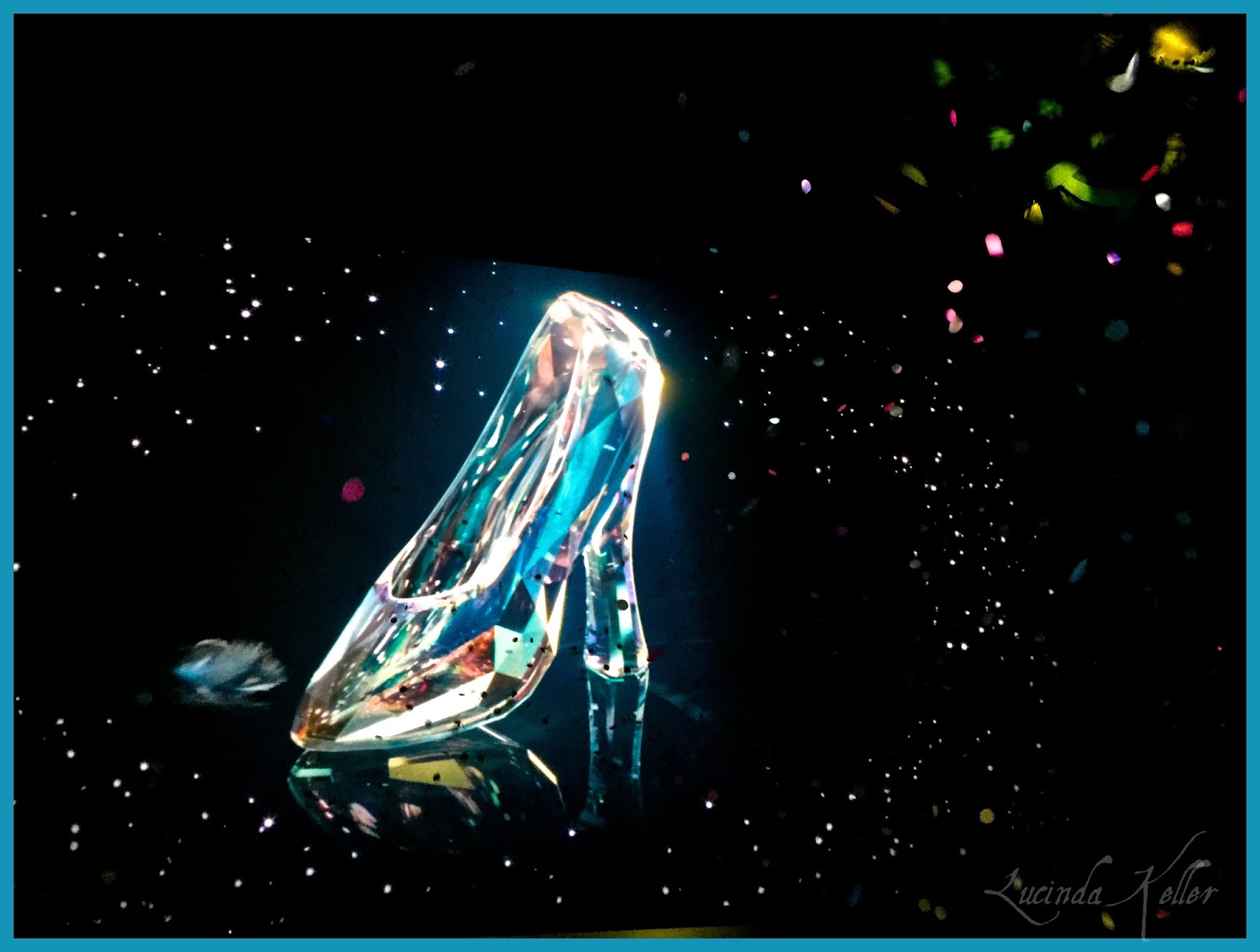 From the rafters, a blast of confetti, just before the show ... 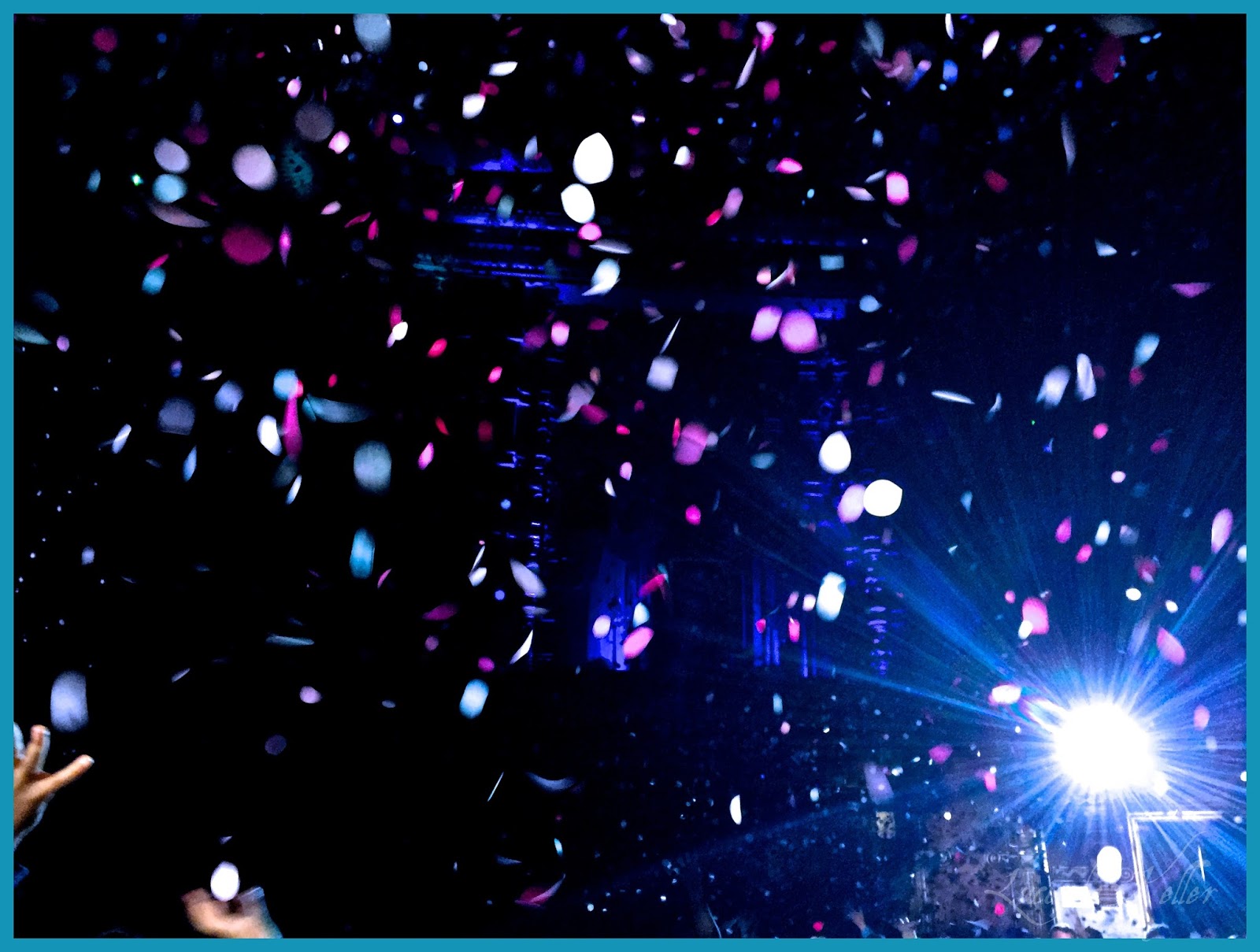 Unlikely that you've missed the trailer but just in case ...

I think my sis and I enjoyed the film a lot more than Benjamin, who is 9. He did say he liked the mice though! I loved the actress, Lily James, who played Cinderella (Rose on Downton Abbey!) The film was beautifully shot and definitely worth seeing, unless maybe your are a 9 year old boy! 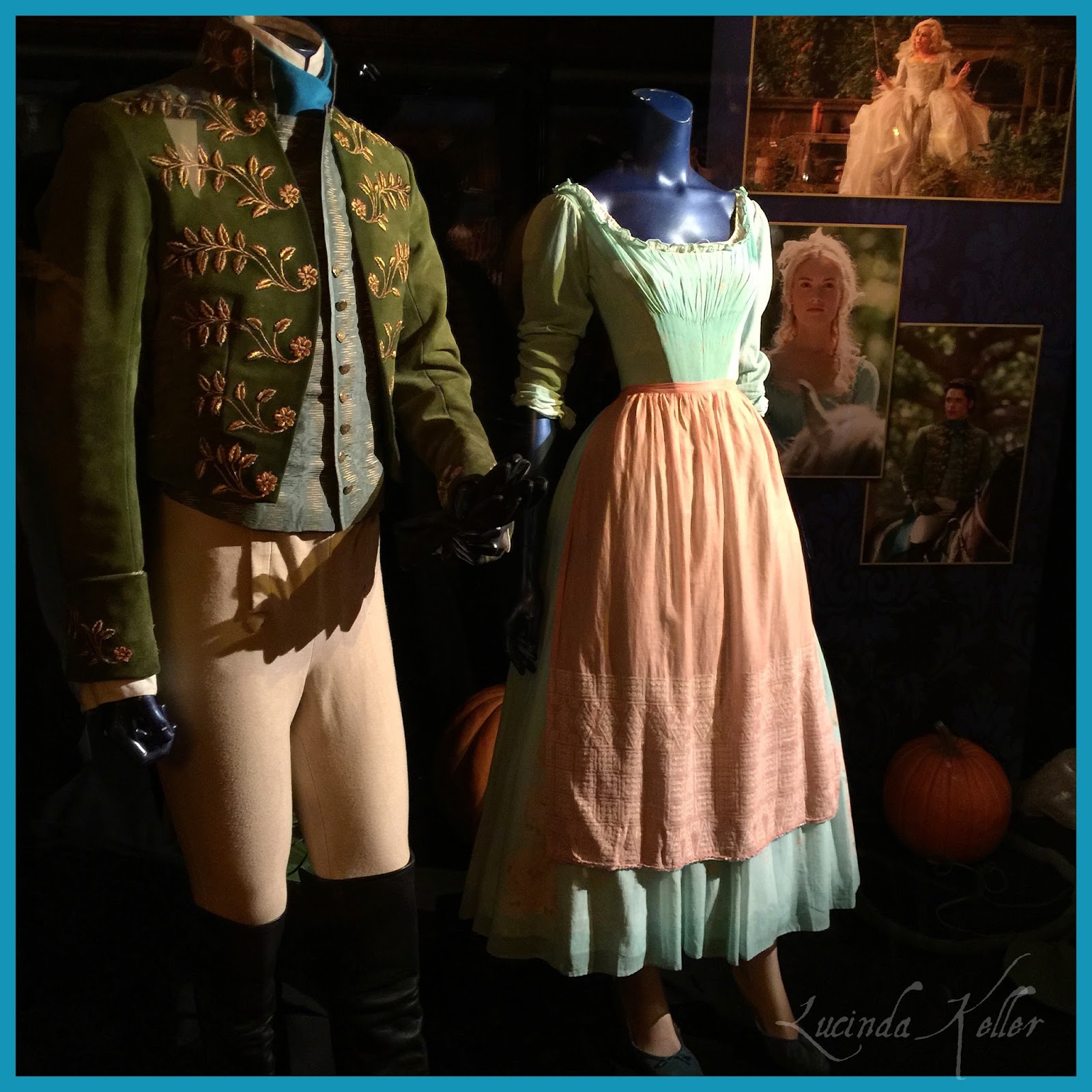 Of course, I always appreciate costumes! My grandmother did costumes for all sorts of productions, including the light opera. My mom has made countless costumes and I designed costumes, living in San Diego, so I have a huge love of the craft. (I also love wearing them, but that's another whole subject!) 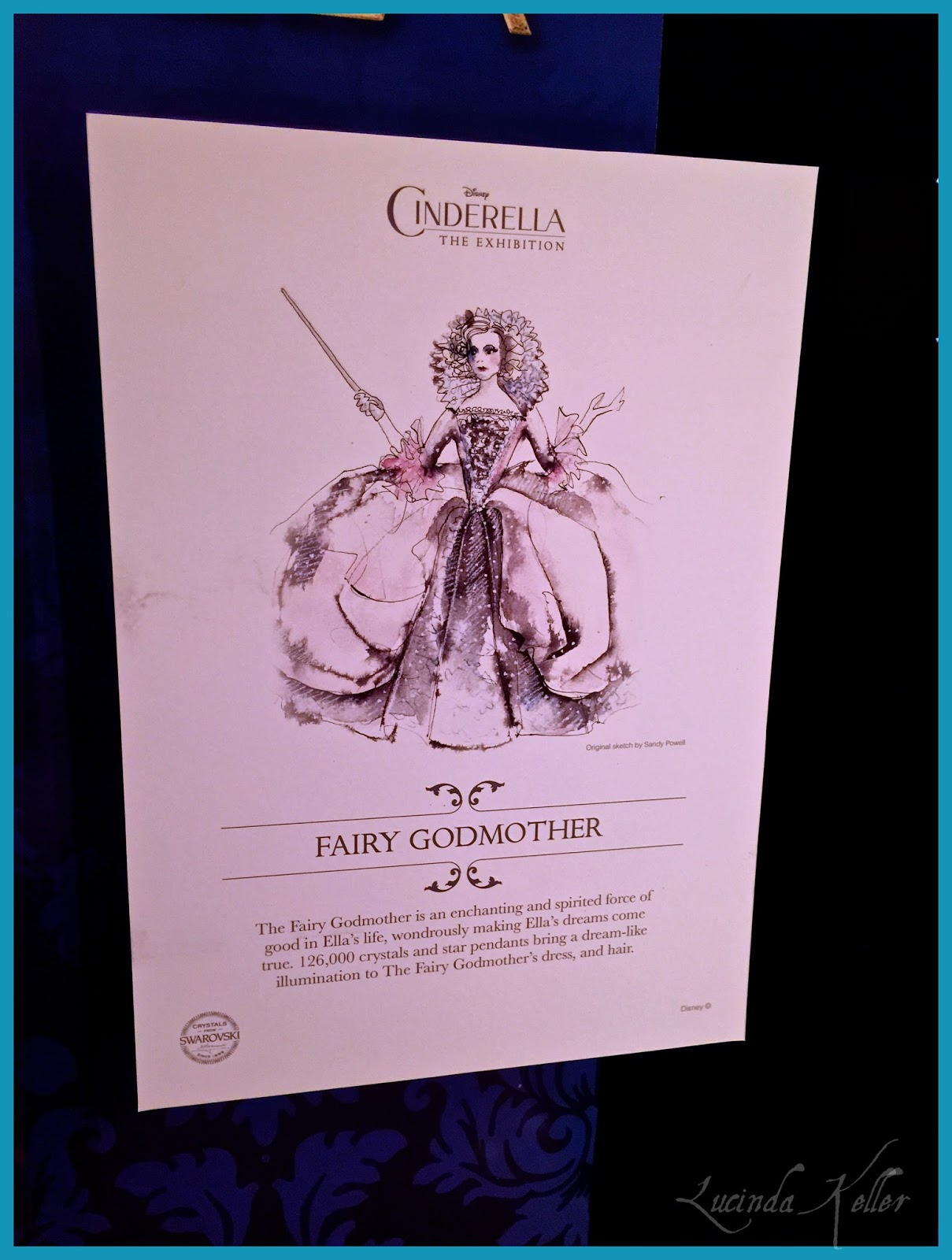 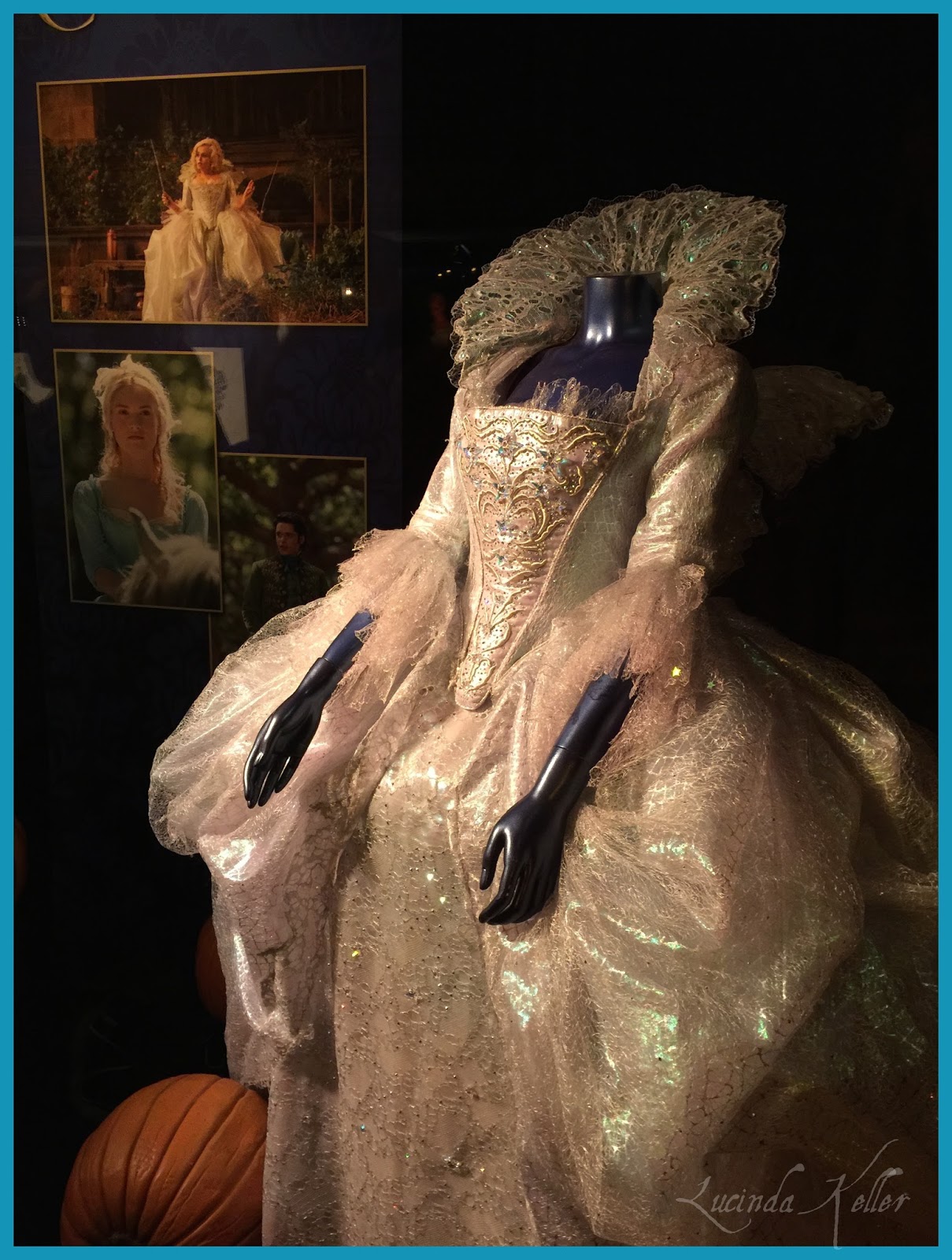 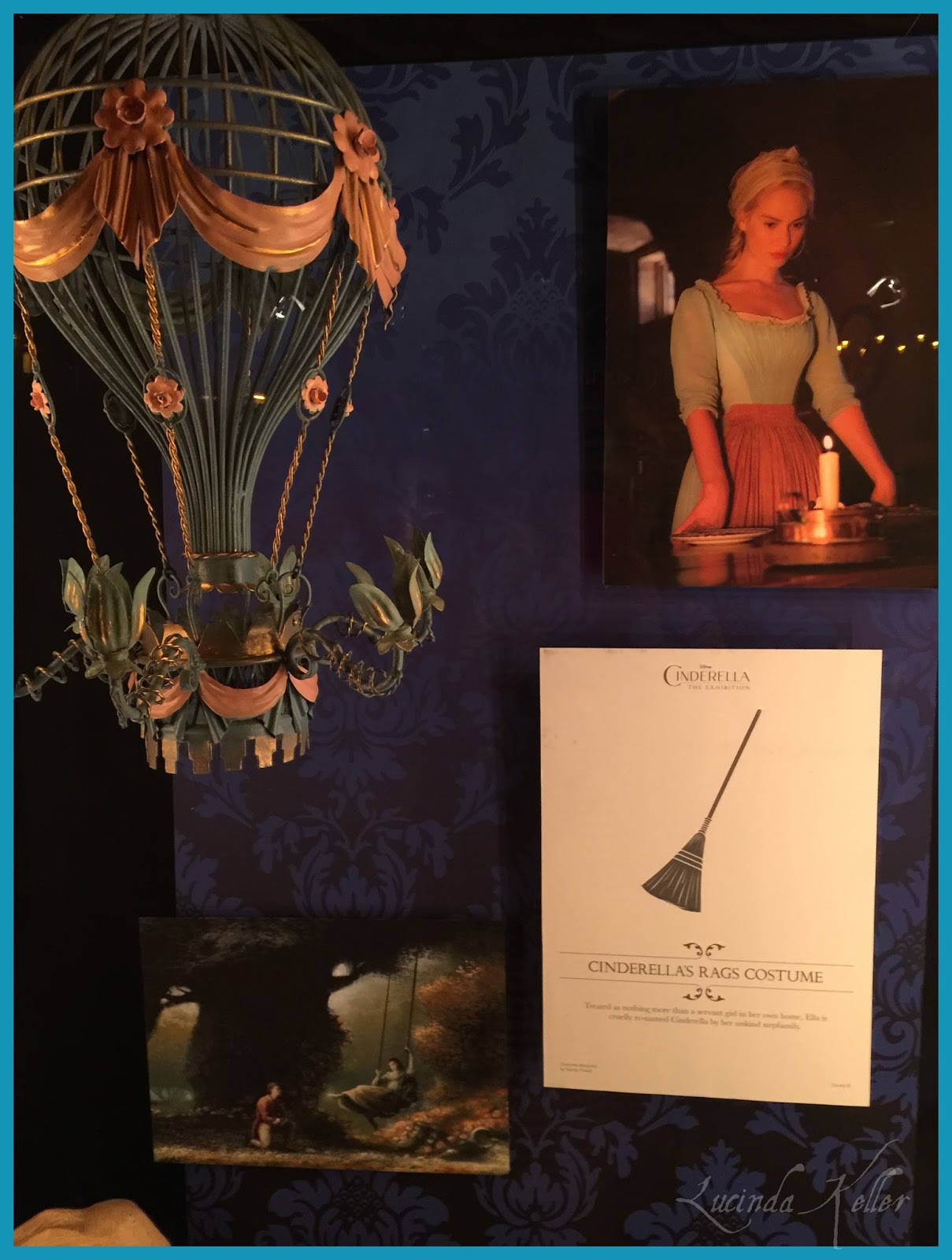 Stepmother and stepsisters' dresses for the palace ball ... 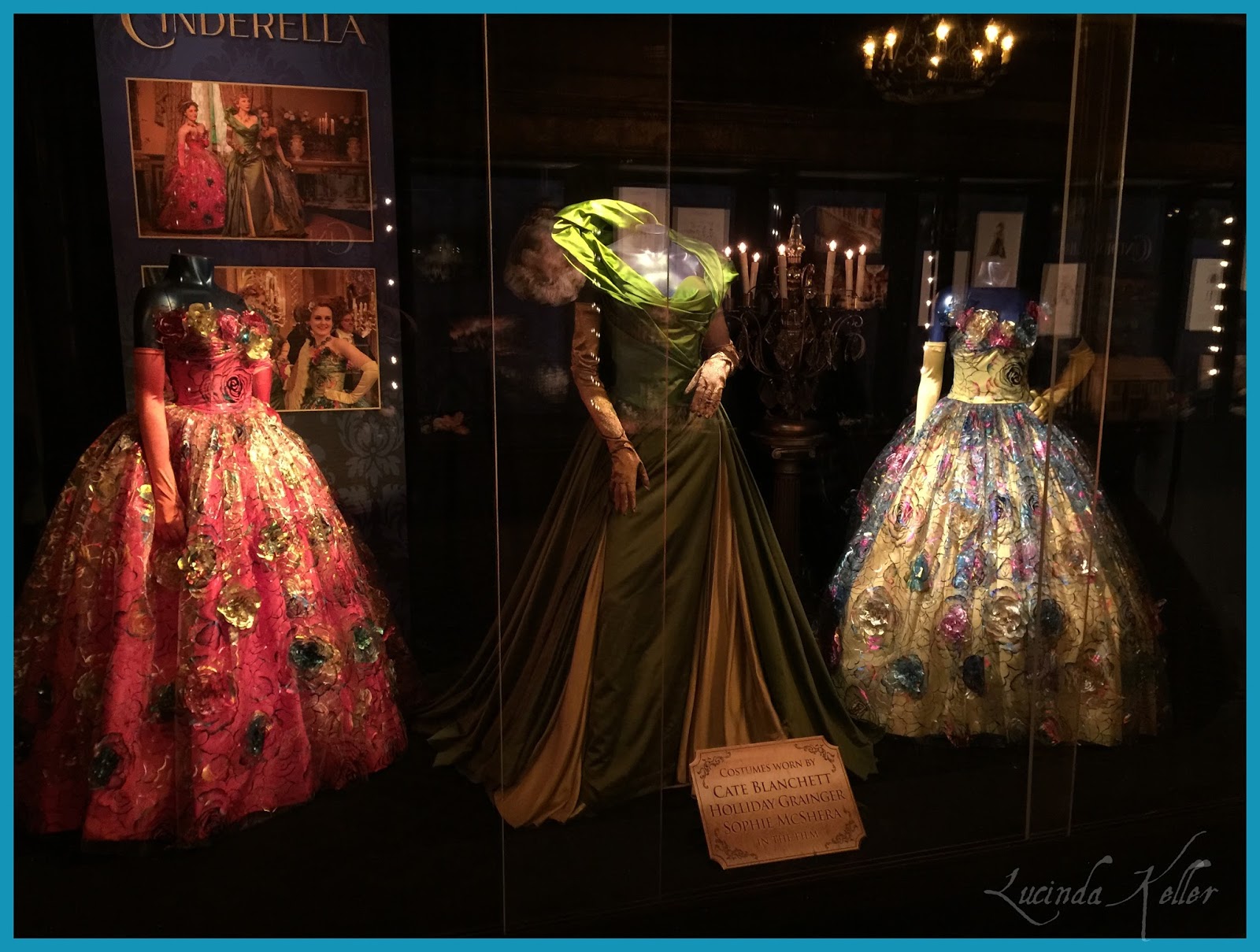 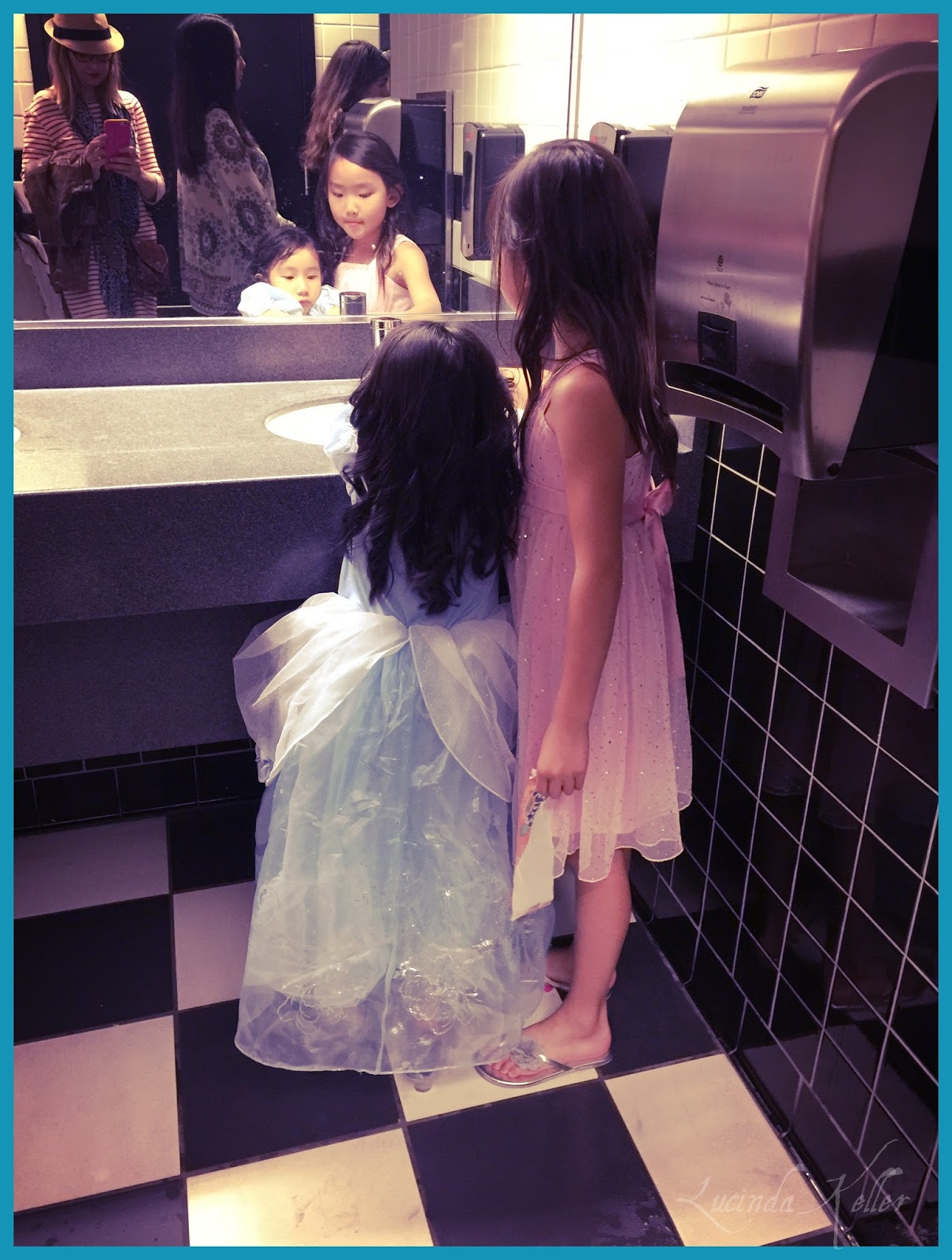 This Cinderella doll actually looked more like Anna Paquin, from True Blood! Am I right? 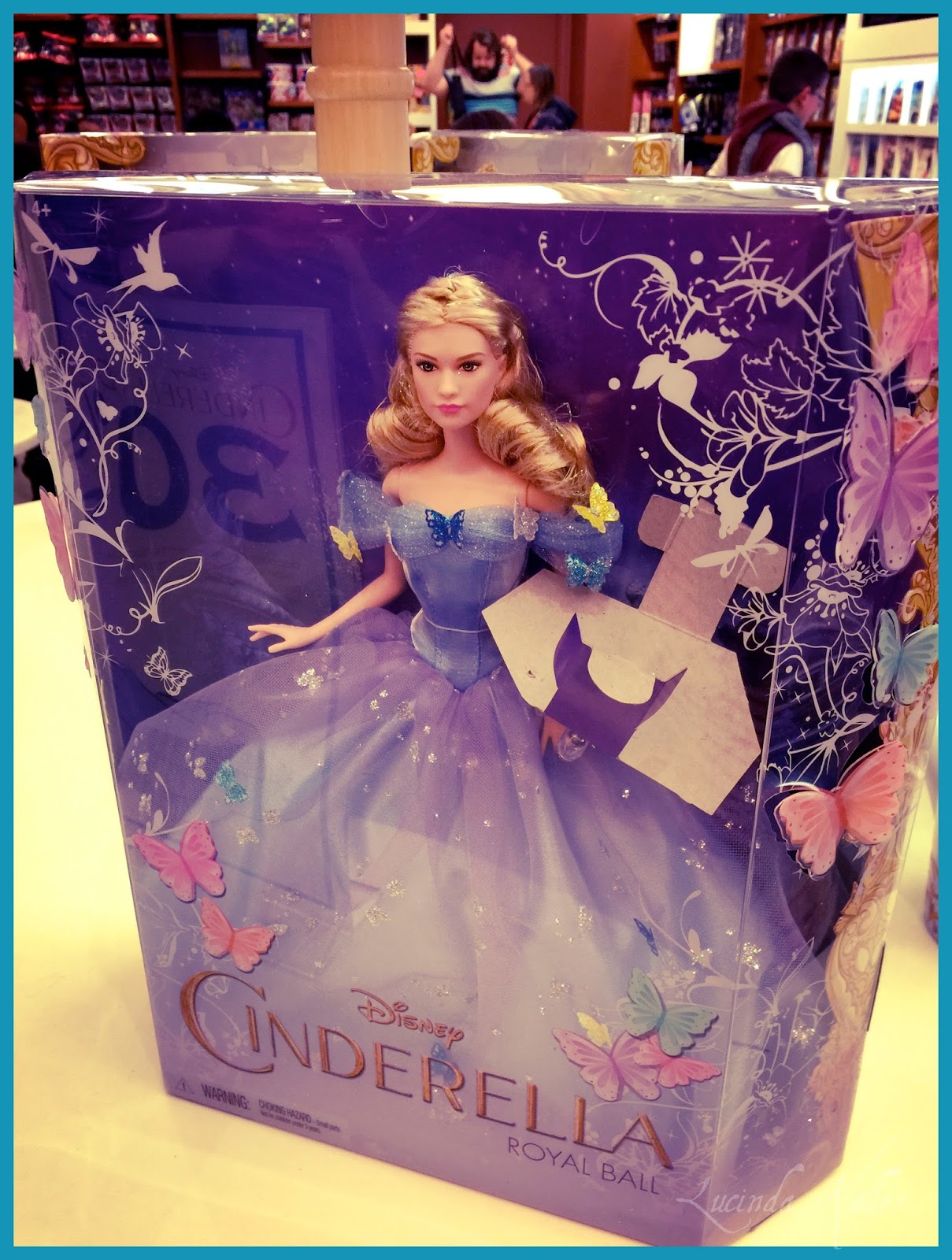 Heading from the El Capitan Theater and up into the Hollywood and Highland shopping area, where we parked ... 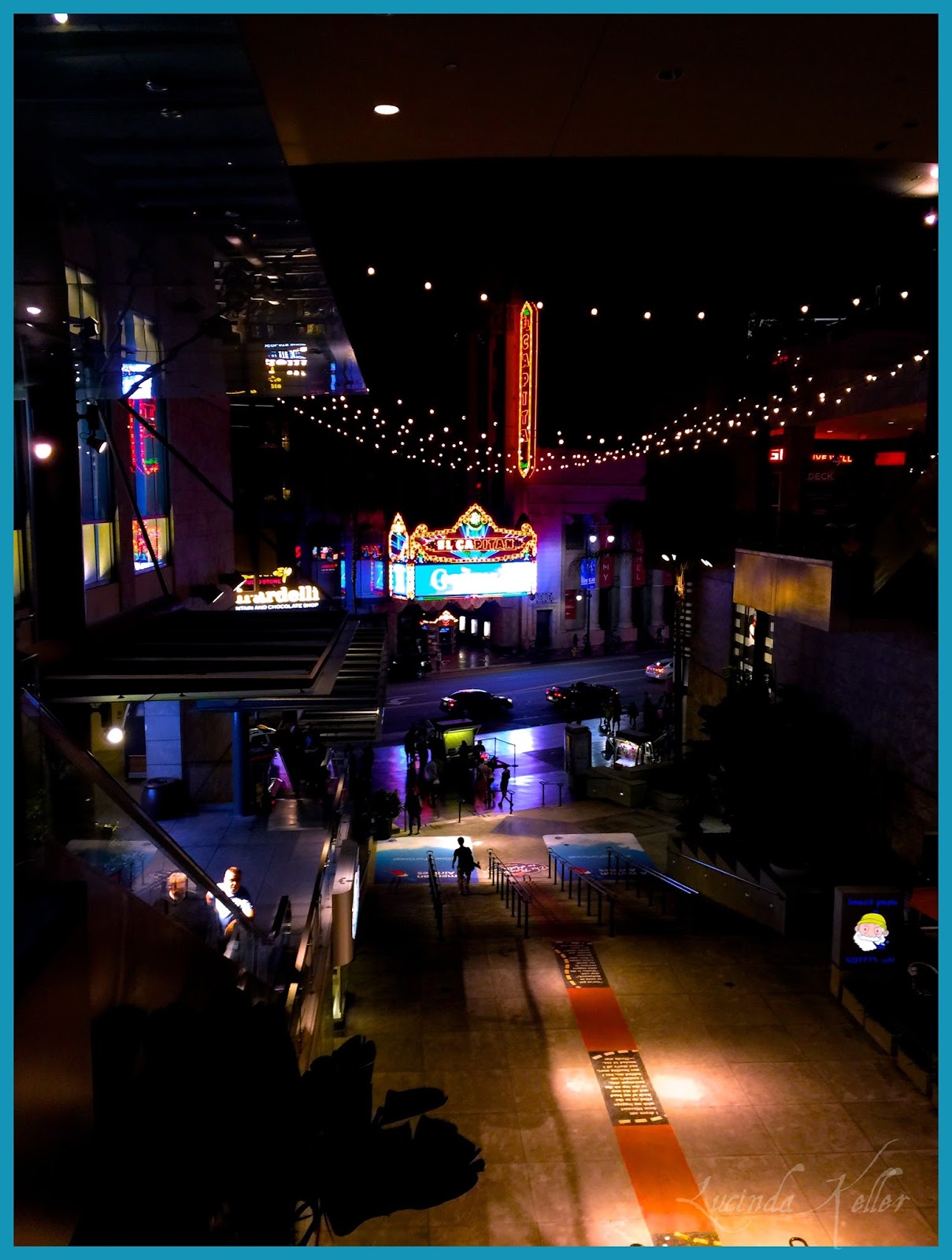 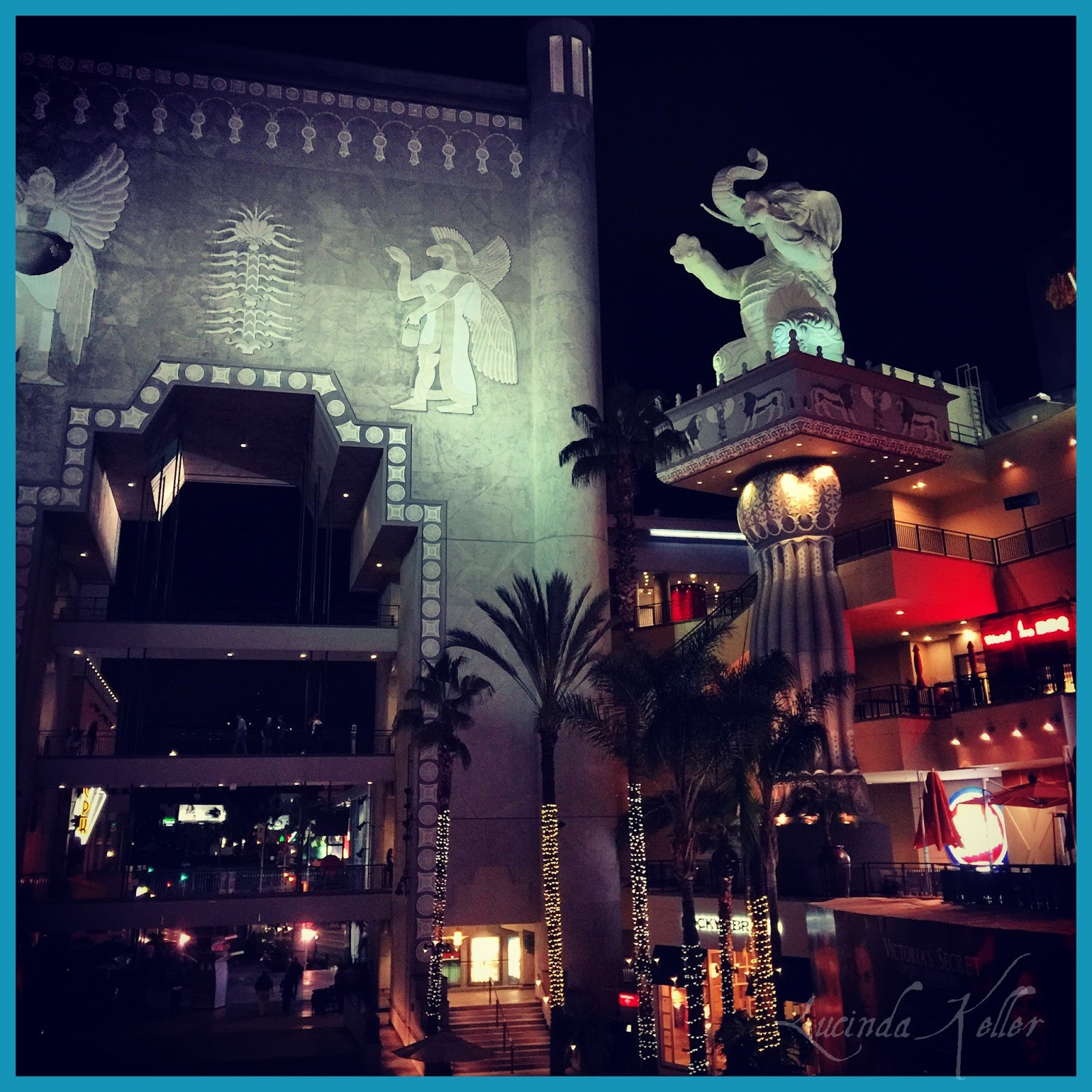 My sister said that the one thing she missed in the live action film, was the music. So just for her ... (I could only find the sing-a-long version to embed in the post! Excuse the awful intro and the even worse voice over tag at the end! eek!)

And the original 1950 Disney Trailer, for the animated feature ... (Is it me or did the same person do every single movie trailer voice over in the 50s? Love it!)

Of course, I love "So This is Love" which is so beautifully animated! If you want to see, click here.
But here are the lovely voices of Ilene Woods and Mike Douglas. :)

My heart has wrings, mmmmmm
And I can fly
I'll touch every star in the sky.
So this is the miracle that I've been dreaming of.

Mmmmmm
So this is love.
~Mack David, Jerry Livingston, and Al Hoffman

That was the PERFECT theater to see the new Cinderella film. What a great restoration. And as you say, "little princesses everywhere."
Great shots.

That gown is amazing!

Wow, what a theater. And I loved Cinderella, too. We, my niece 9 and I saw the film, we were thrilled:-) Have a good start into the week, Inge

Oh I remember that theatre when I was in L.A, fantastic. Thank you for your photos and post that shows the dresses of the movie.

My 5 year old grandson didn't want to see it either, but tagged along anyway. I can't imagine seeing it where you did. Such magic in LA.

Your post makes me want to be young again. Such magic.

it really does look like a magical realm. sweet weekend to you ~