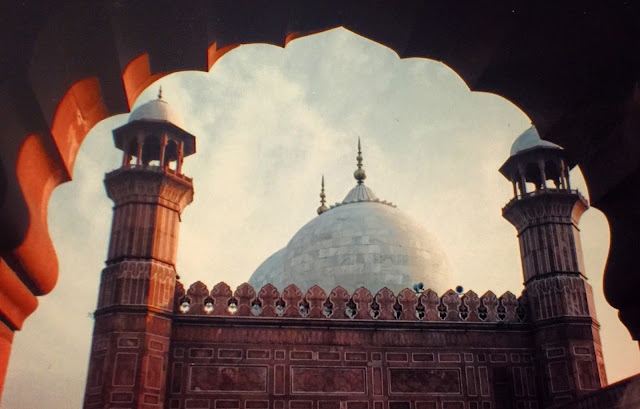 My sister and I in front of this incredible Mosque, fall 1997. Badshahi Mosque is the second largest Mosque in Pakistan and fifth largest in the world. It is built of red sandstone and has a capacity of 100,000. And,  it is beautiful. 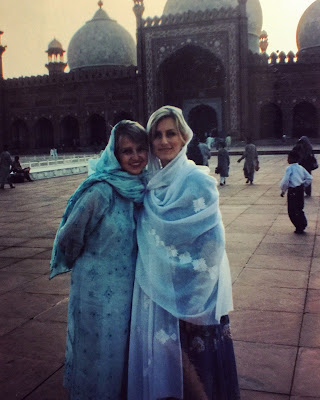 Magic hour at the gate to the mosque ... 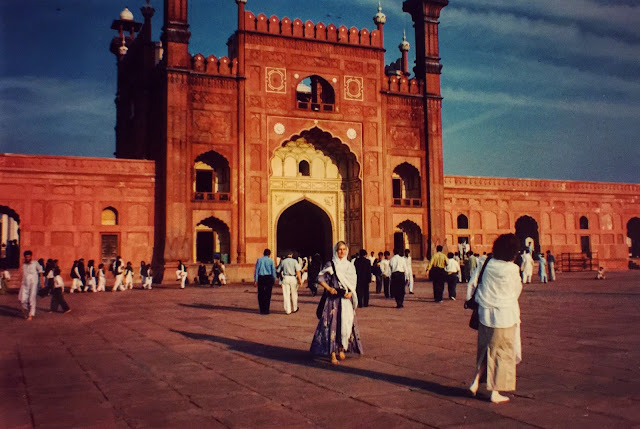 My apologies for the photo quality. These are old 35mm shots and since I haven't taken the time to figure out my new scanner, I just photographed the copies with my iPhone.

I decided to do a post of Lahore, after the terror attacks a couple of weeks ago.

There has been a lot said recently to the fact that so much media coverage and social media attention is given when attacks happen in places like Paris and Brussels but not so when they are in Yemen, Kenya, Turkey, Iraq and other "non western" places.

Maybe because when it happens in Paris, we think "Oh my god, it could be us. We aren't so safe after all!" The truth isn't pretty. For some, it's easier to disassociate when the people on the news don't dress like us ... or look like us ... or even worship like us.

But the truth is, we are all one.

Prayers for Paris? For Brussels? Of course! But prayers for all of our brothers and sisters who suffer, in places we've never been and have never heard of.

It seems that Lahore has gotten a bit more attention but I hope it's not only because Christians were targeted. Anyway, since it is a place I've been and have been thinking a lot about and remembering, I thought I'd share some of my 1997 trip to Pakistan, and Lahore in particular. (I've previously posted about Pakistan but hadn't yet posted about Lahore.)

Here's a little music by the late Nusrat Fateh Ali Khan, Pakistan's national treasure who played with other great musicians around the world, like Peter Gabriel, and in 1995 he received the UNESCO Music Prize.

Most or all of these pics are from inside the old walled city, not the more modern part of Lahore, like the University which I hear has an amazing art department. In fact, one of my favorite artists Imran Qureshi went there. I did a post about his installation at the Metropolitan in NYC! Click here for that. It's toward the end of that post.

Anyway, hopefully I have the places correctly labeled. If not, my dad will correct me. He has a photographic memory for places he's traveled! 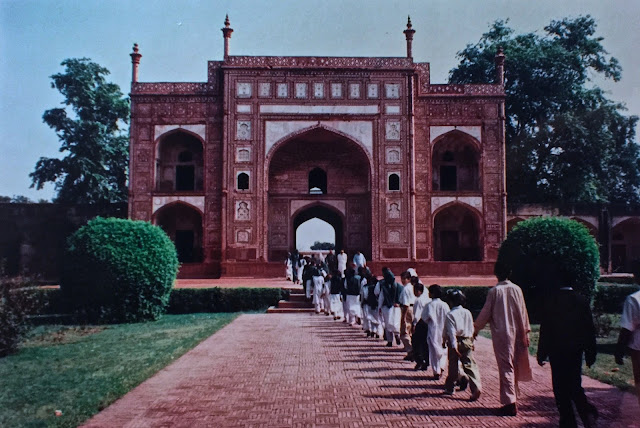 This was the place we ran into a bunch of young students. The middle school age girls were so cute and I took a photo with them. I hunted for it, but no luck. I'm sure I will run across it a month from now when I'm not looking! 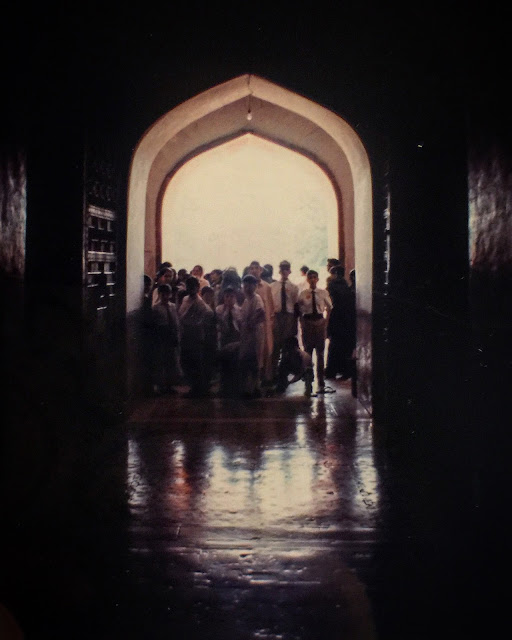 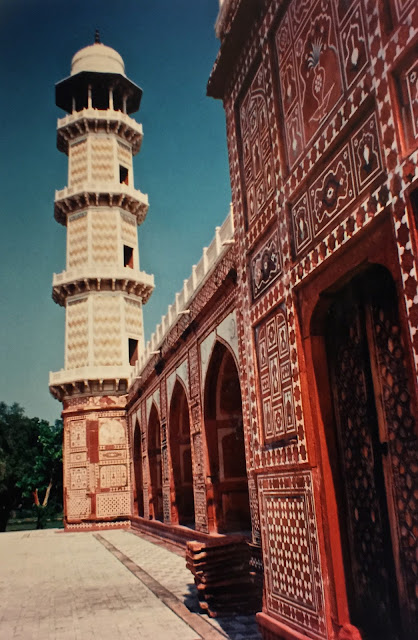 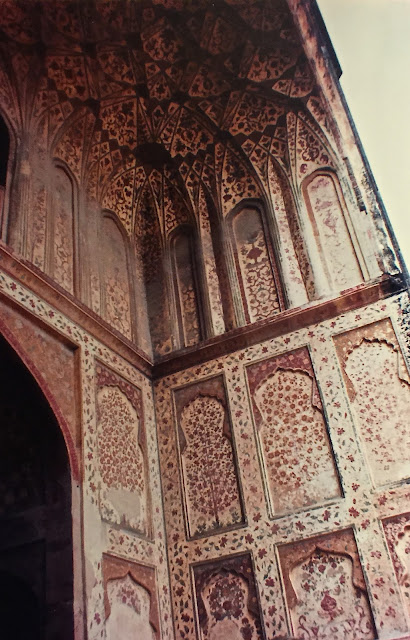 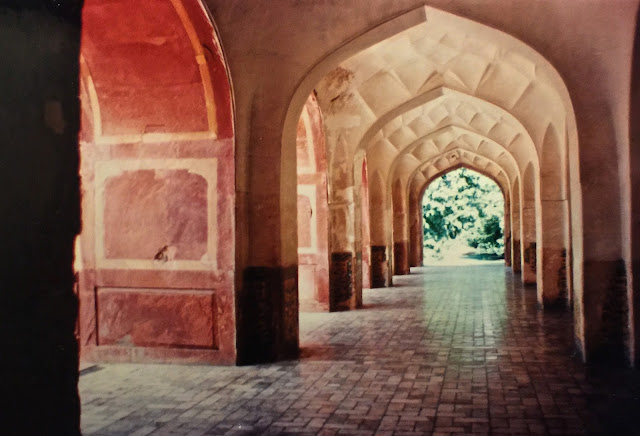 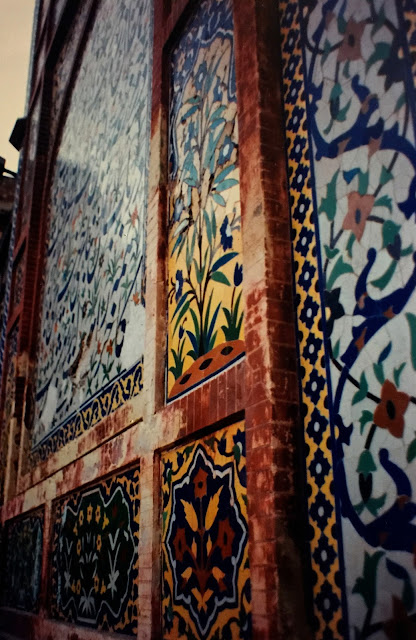 One of the famous "Gates of Lahore." I think it's the Deli gate, built by the Mughal emperor, Akbar The Great. 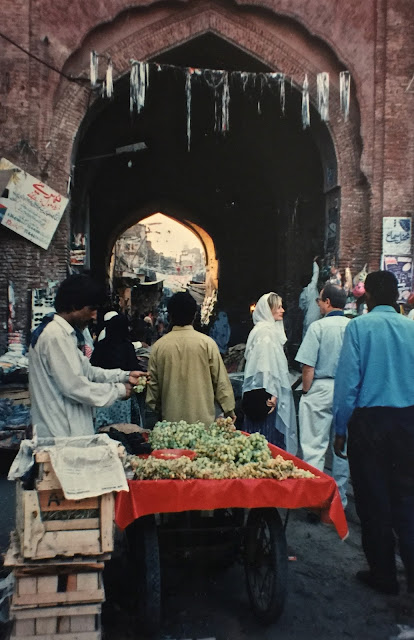 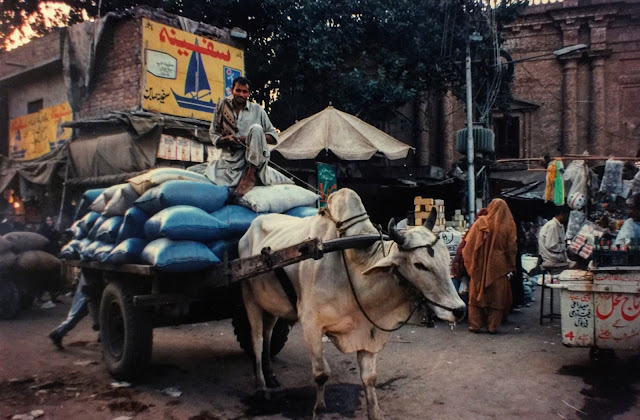 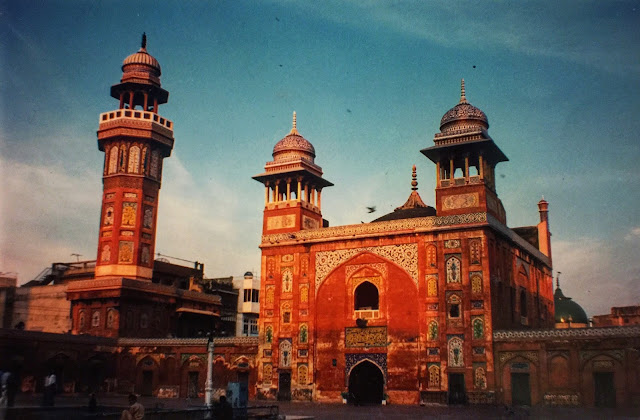 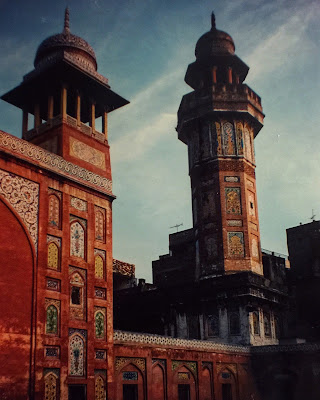 I've seen more recent photos and it looks like they've taken off some of the red-color? I'm not sure why. I LOVED it and in the evening, with magic hour, it glowed and the birds were flying around the minarets ... it was magical. It was my favorite architecture I was able to see in Pakistan. 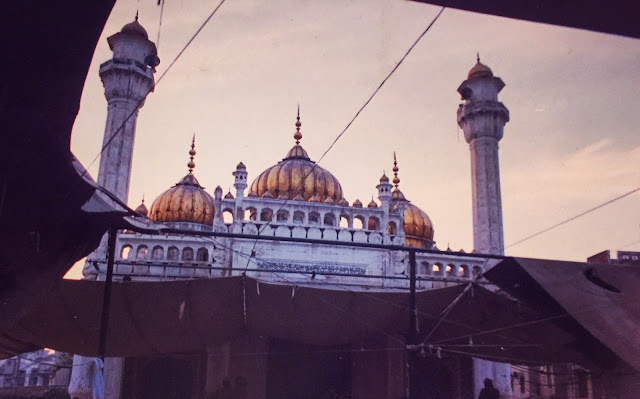 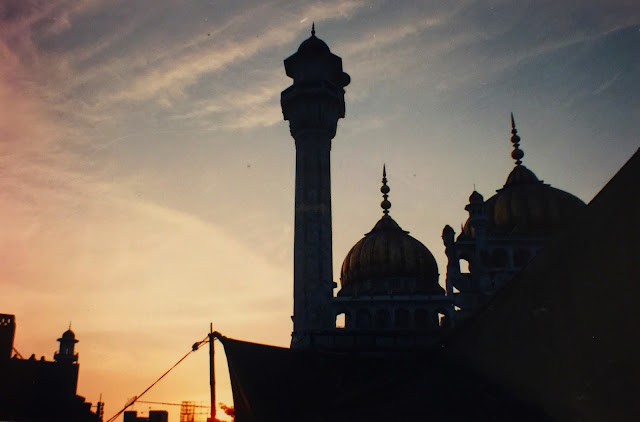 Below, is a video of Imran Qureshi, the Pakistani artist who I mentioned earlier in this post.  Love his work! And the post of his installation at the Metropolitan Museum is here.

Sharmeen Obaid-Chinoy, who won the Best Documentary Short Oscar this year, talks here about another of her films called Song of Lahore. about a group of Pakistani jazz musicians.  I love this filmmaker!

Here is the trailer for Song of Lahore! The NYT called it "Elegant and Moving."

Until then ... here is the group Sachal Studios Take Five video! (They also have an album!)

Blessings and light
and
Prayers for Lahore
and
all who suffer and are in pain.
May we all be healed.
For we are all one.

So thoughtful of you Lucinda. The anti- everyone and everything seem to be winning. I can only hope the pendulum will swing. You are too young to remember the Vietnam War and demonstrations and the world has changed so much since then. You younger ones will have to carry the torch now.

I showed my sister your picture yesterday and was telling her about you and how I live vicariously through you. She wants to fix you up with her son who is trying to become a famous singer in Nashville. Let me know if you ever go to Nashville as Grant is a wonderful, talented, smart and kind guy - oh, and he is 33. I told my sister I'm not sure Lucinda would be interested in a 33 year old, but hey, he knows everyone famous there.

Beautiful country, important culture, amazing mosques.
Not sure if I'd travel there now.
Thanks for sharing.

Such vibrant colours. Thanks for sharing. Lahore is one of those places I will never be brave enough to visit. I don't do very well when I'm too far out of my comfort zone.

Thanks for the beautiful photos and for the film recommendation. All the best and take care.

You could be qualified for a complimentary $1,000 Amazon Gift Card.

There is a chance you are qualified for a complimentary Apple iPhone 7.