Books and Docs ... of the Artistic Kind

It is not enough to know your craft - you have to have feeling.
Science is all very well, but for us
imagination is worth far more.
~Edouard Manet

Living in L.A., and with all the trips I take to Ojai, I've lately been listening to so many audio books! It's been great. I knew I wanted to read/listen to both of these books (below) so I listened chronologically by subject. 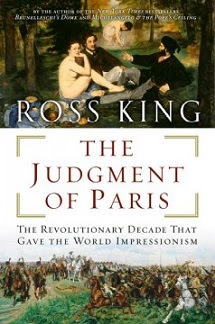 Both were interesting and informative. The Judgment of Paris was interesting because it went back and forth between Édouard Manet (who was having a difficult time of it with the art establishment and the Paris Salon) and a successful artist of the time, Jean-Louis Ernest Meissonier who had been a darling of the Paris Salon, and was doing very highly detailed, representational, more conservative works. I had honestly never heard of Meissonier, so it made it all the more interesting. When I got home I'd Google the paintings the author referred to.

The way it was written, it kept my attention pretty well, considering I can often space out while driving and have to rewind a few minutes of a book. I felt so frustrated for Manet and what he went through, trying to make it as an artist, and having so many people not understand what he was trying to do.

Of course the best part for me was when he would give information like the fact that the pigment Cobalt Violet was first prepared by Jean Salvètat in 1859, and that Monet said that he'd discovered that violet was the "color of atmosphere." And, that he used Cobalt violet and Prussian blue for creating water. I pulled over and wrote that one down! 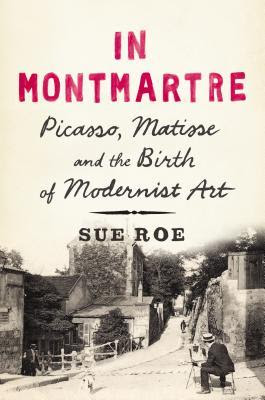 This book seemed a tiny bit less engrossing than Judgement of Paris but when it's an audio book, I can't always put my finger on it. It could be the narration. It was still very interesting, with some nice anecdotes and stories about the artists. Somehow it made me feel better knowing Picasso worked on a a piece for months, filling sketchbooks trying to figure out the concept and structure of the piece. Of course, he ended up with Les Demoiselles D'Avignon, which now hangs at the Museum of Modern Art in New York, but still!!


Art is a lie that makes us realize the truth.
~Pablo Picasso

When I started this blog, I wrote about a great documentary Matisse Picasso: Twin Giants of Modern Art (2002.) Definitely still recommend that documentary! I watched a DVD from Netflix, and it looks like they still have it, here. I saw that it's also on Youtube but unfortunately it's in French with no subtitles, so unless you're fluent, hopefully you can it on Netflix. 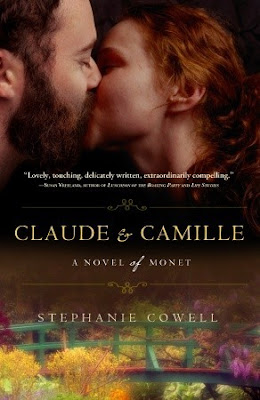 In general, I'm a non fiction gal, but I wanted to know more about these eras (of the Last Judgment of Paris and In Montmartre) and audio books about artists are a bit limited. So, next I went with novel about Claude Monet and his muse and first wife Camille, for my next "read." In fact, I'm so used to straight up biography that when all of the sudden Claude and Camille were making out, and then in a passionate embrace, my jaw dropped like puritan, looking around in shock to invisible passengers in my car! So funny. I think I even blushed.

I have to say, it's funny to have someone read love scenes aloud to you in the car and it was also kind of funny hearing this older British man reading Camille's dialog but I did get into the characters. I could really imagine this world of struggling artists in 19th century Paris, who later became legends of art history and I even sat on my bed and cried through the end of the book. It's not high literature  but interesting and entertaining.

The problem with historical novels is that I get distracted and have to look things up online to see if they really happened. Seriously? Did she really have an affair with this best friend?? No. No, the author made that up. So, that part bugs me. I mean, I get it, there needs to be drama but I'm someone who wants and needs the truth. I had fun watching The Borgias on Showtime, but after every episode I would Google the events of the 15th century to see what really happened.

Anyway, Claude and Camille, as I said, was entertaining and made me really think about how difficult things were for Monet and all his Impressionist friends, trying to make ends meet and justify their lives to their families, and their art to the world.

What you can watch on Youtube is the BBC's The Impressionists, which is great because much of it is scripted from the artists' actual letters and writings. I love that!


A painting requires a little mystery,
some vagueness, and some fantasy.
When you always make your meaning perfectly plain
you end up boring people.
~Edgar Degas


A work of art which did not begin in emotion
is not art.
~Paul Cezanne

Hope you all had a lovely June!
Blessings and light!

Blessed are they who see beautiful things in humble places
where other people see nothing.
~Camille Pissarro

That made me laugh imagining the man narrating a love scene. I like non-fiction too, but have been delving into fiction. About 90% I cannot finish and these are ones that are hyped as "sensational, best," and on and on. I have to re-read some of the pages too. I might have told you, but Germaine Greer's THE OBSTACLE RACE, about women artists trying to make it in a man's world as artists. Just incredible artists themselves, like Celia Beaux and Vigee Le Brun and Suzanne Valadon.... Loved that book. I don't have my glasses on so hope this makes sense. Happy July Lucinda.

What a great way to pass the driving time to and fro hey? I will watch your recommended shows for sure. I love learning about this time in history especially after spending time in Paris in particular the neighbourhood of Montmarte. Have you seen this documentary series? https://youtu.be/xvb6ihgE7ak I love the host and its quirkiness. Hope you can find it on You Tube.