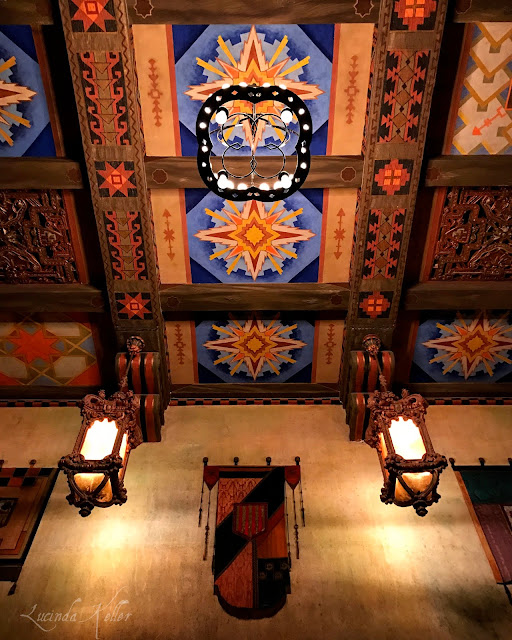 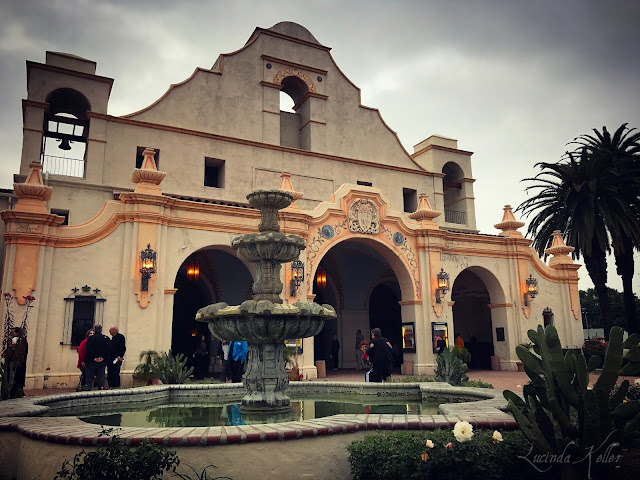 Going back through my photos I realized so much has happened, and I have done a lot of things and taken photos of places I've been and haven't posted! Back on Superbowl Sunday I skipped the the ballgame and opted for a screening of a few Laurel and Hardy shorts, at a theater I'd never had the chance to see! 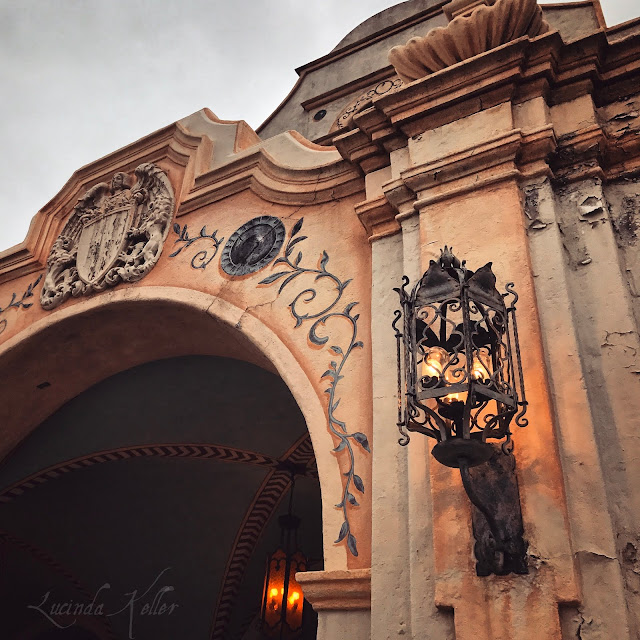 Los Angeles is blessed in the old theater and movie palace department. We have so many old theaters that were built in the 1920s, it's pretty incredible. I've posted about the El Capitan, The Million Dollar Theater and others, but as I said, this was my first visit to this theater and my first time seeing Stan and Ollie on the big screen!

My Grandma knew Stan Laurel and his wife Ruth (whom he married more than once!) because my Great Grandmother was good friends with Ruth, so I feel this kind of ... lovely distant connection. Plus, I've tried on and had my picture taken in a couple of Ruth's dresses!

Stan and Ollie! I wonder if they had any idea that we'd still be watching almost a century later! 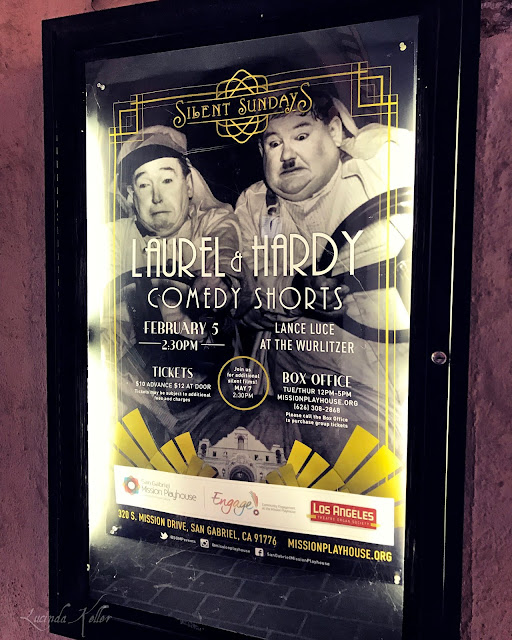 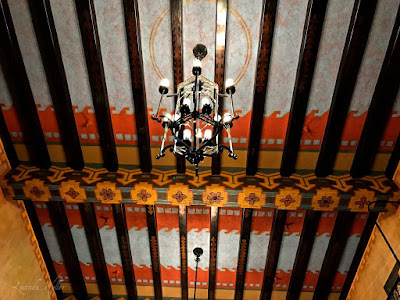 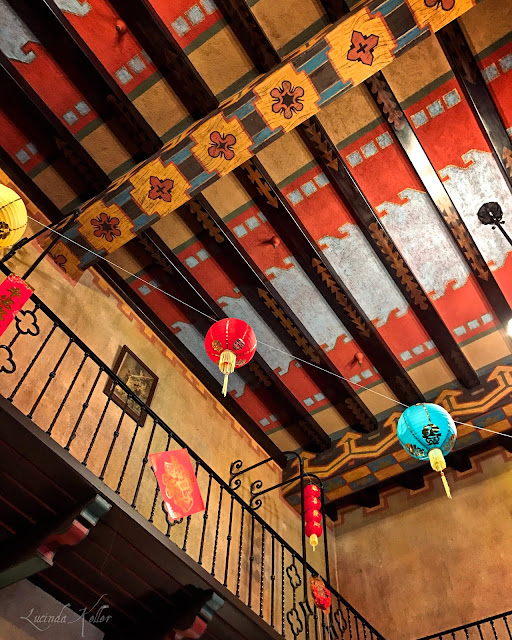 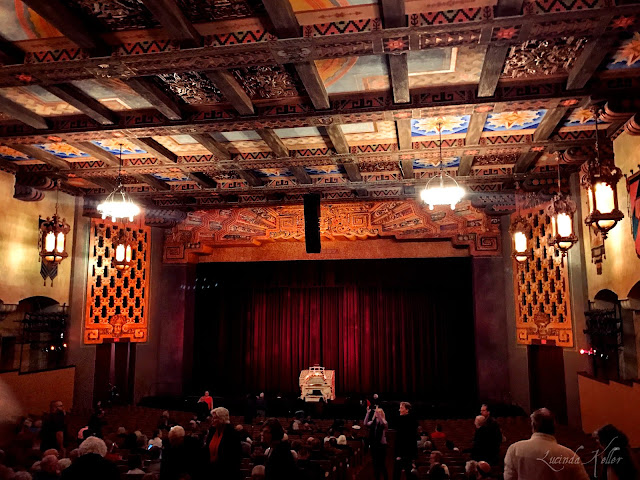 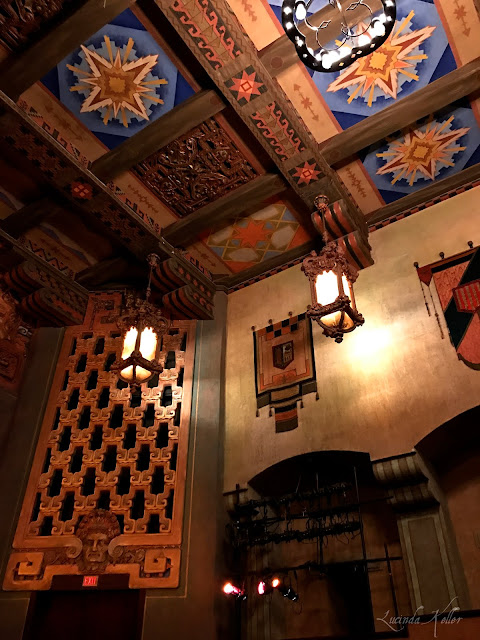 The movies that afternoon were Double Whoopee (1929) where they are hired as a footman and doorman at a swanky hotel, You're Darn Tootin (1928) where they play musicians who lose their jobs in a band, and Liberty (1929) as prison escapees.

I had seen a famous clip from that last one, where the two end up on the skeleton of a high-rise that is being built ... the audience was screaming and my palms were even sweating! Some movies always hold up and it's so fun to see comedy with a great audience that's howling with laughter!

Here it is, if you want to see why! 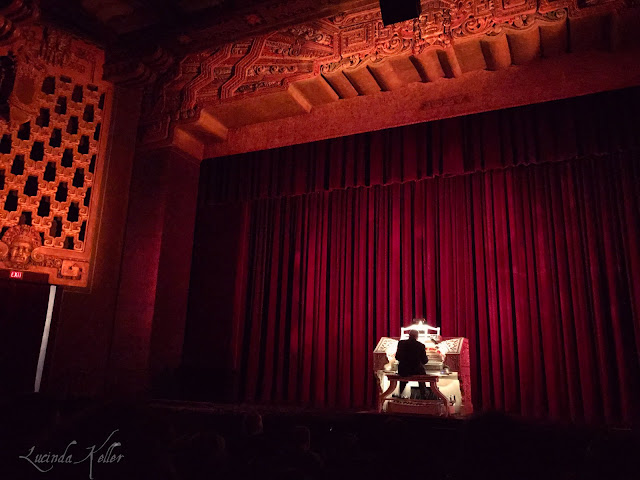 And yes, there was an incredible live, in person, organist Lance Luce who played the completely refurbished old Wurlizer organ from the 1920s. It was great because he explained about the organ and how it uses air to operate all the various musical instruments that are hidden behind the fancy screens on either side of the stage. When you hear a horn or drum, that instrument is actually back there, but being "played" by the organist! I had no idea! 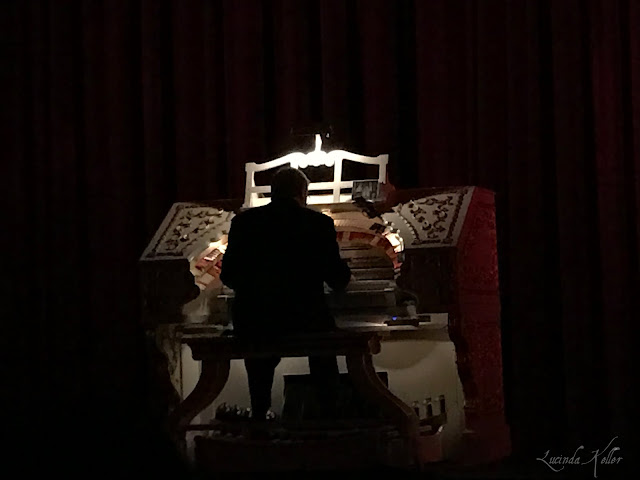 Between movies there was an intermission and we checked out the outside area ... 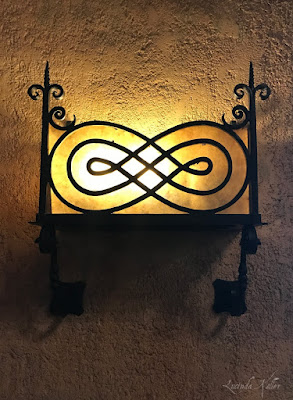 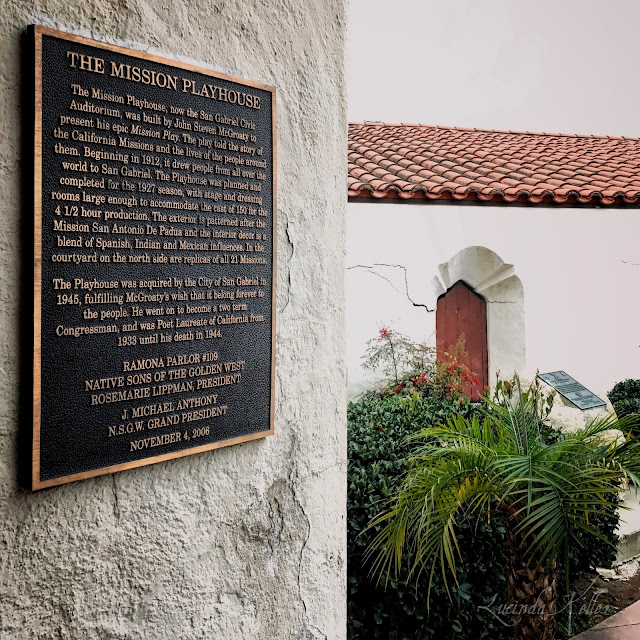 The theater was built for an epic "Mission Play" by John Steven McGroarty that told the story of the founding of the California Missions by the Franciscan Friars under Father Junipero Serra. How accurate it was, I'm guessing is up for debate. In any case the depression happened, it became a movie theater and apparently during WWII the dressing rooms were used as apartments. 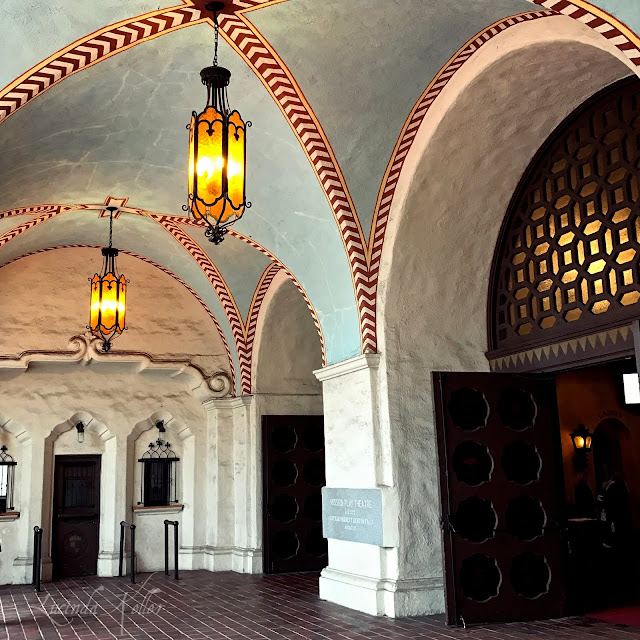 The city of San Gabriel acquired the playhouse in 1945 and it became the "San Gabriel Civic Auditorium" but eventually 2007 rolled around and they went back to the original name. 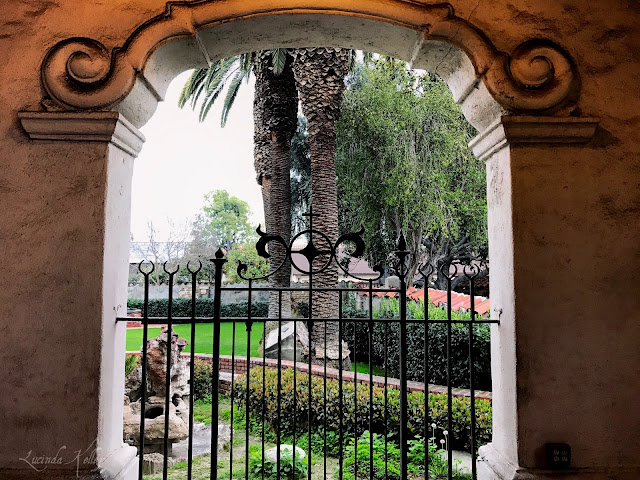 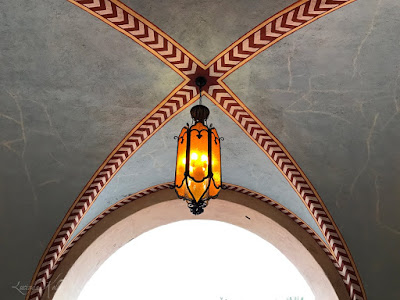 More photos of the incredible interior ... 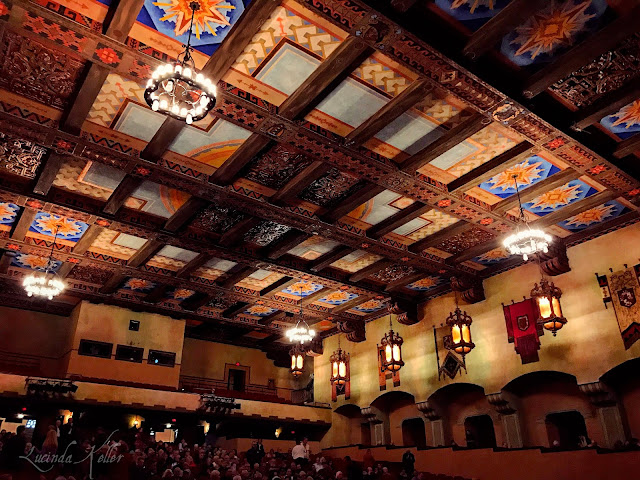 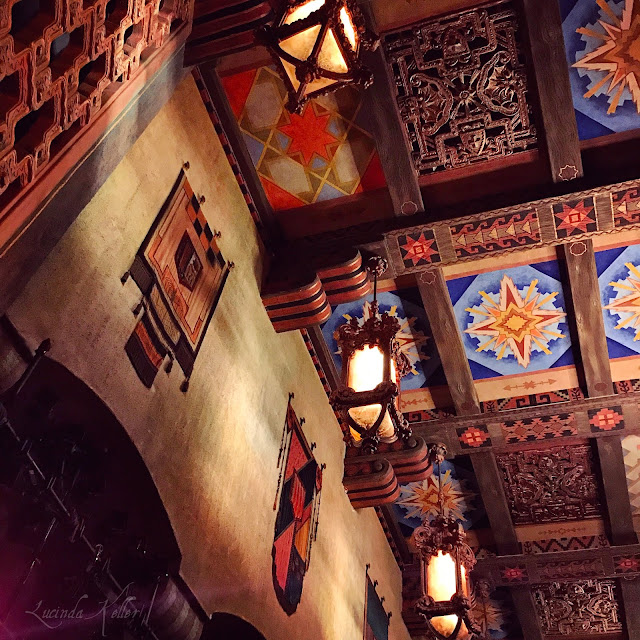 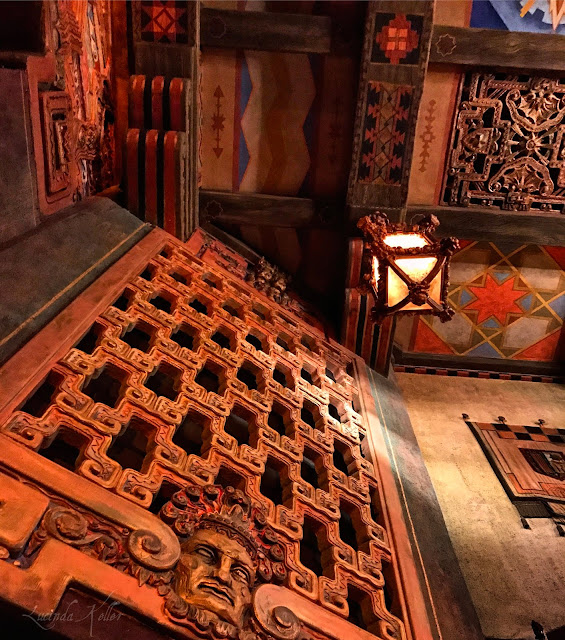 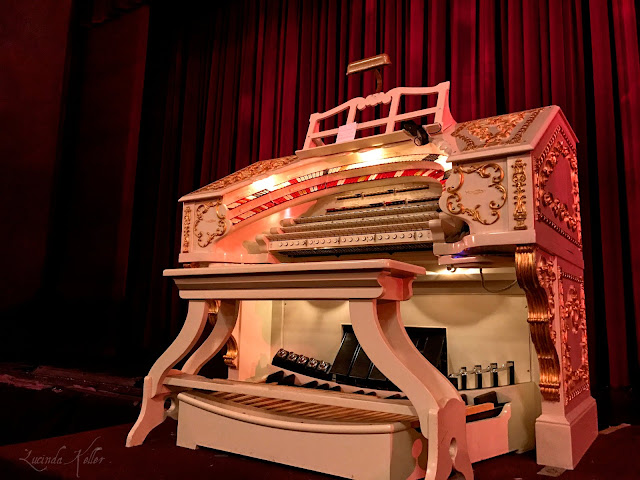 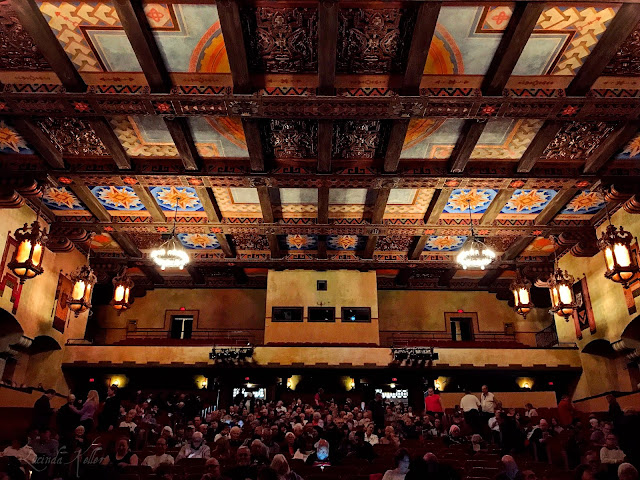 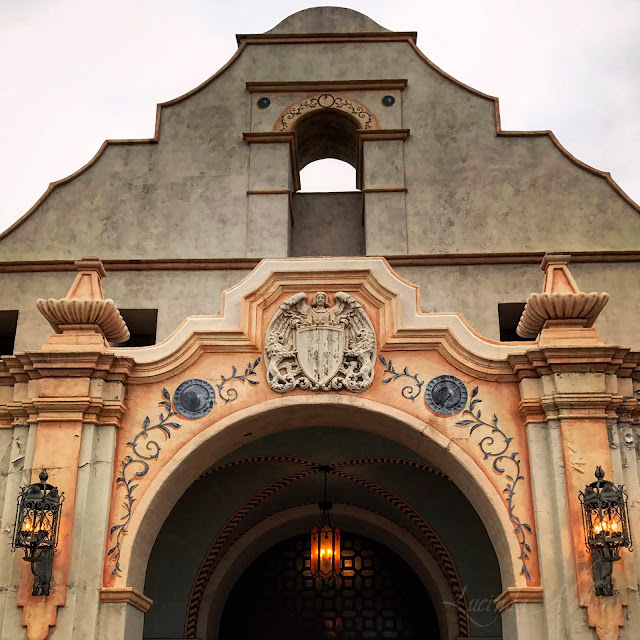 We went for a tea across across the street and by the time we were done chatting it was too late to visit the San Gabriel Mission (below) which is just around the block basically, but I'll have to save that for another time and another post! 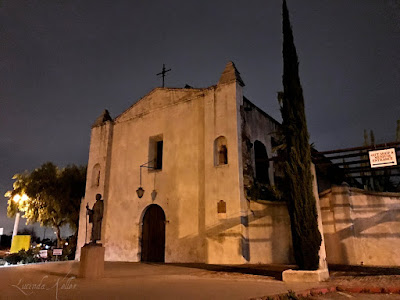 Here I am in one of Ruth Laurel's dresses that my grandma ended up with. Sadly the dress is very fragile now but it worked for the photo shoot (2003?) the tiny embellishments on the bodice are rhinestones.  The silk crepe chiffon was so light it was like wearing a cloud! 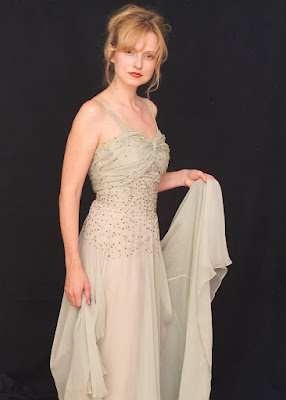 And below, my sister and I in Bangkok, in 1987. On the right, I'm in a dress of Ruth's in which she danced with Clark Gable!  The one I was wearing was a champagne colored crepe, if I recall correctly! My mom had a seamstress take a pattern off of another of her dresses when we were living over there. My sister, looking ridiculously gorgeous on the left, is wearing that dress. It was emerald green Thai silk. 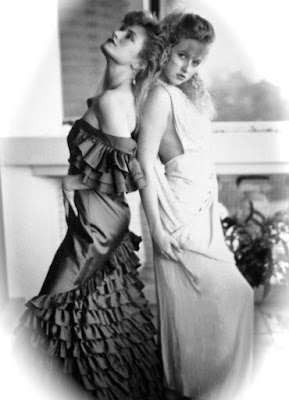 I'm busy researching my trip to Scotland and Venice at the end of summer! Can't wait to share that! In the mean time I have a few other posts I'll try to get together, from around here! Plus the kids have been doing amazing work in the studio!

I'm getting a new pair of glasses for the computer so that will help with the blogging! As of now, I'm killing my neck, tilting my head back to see out of the bottom of my progressive lenses.

Blessings and light to you all!

What a wonderful day you had at the theater, Lucinda! I love the story of the dresses! A beautiful old theater and two gorgeous sisters! Thank you for this post!

Gorgeous theatre Lucinda. Your city is a moveable feast. Love those pictures. What an opportunity to try on the dresses and be able to fit in them. Beautiful. I love Laurel and Hardy and watched them often when I was young. That and the Little Rascals. I don't ever see them on anymore. Can't wait to see pictures from the trip. What fun that will be.

Get professional trading signals sent to your mobile phone daily.