... off the docks, a different perspective

3 years ago my parents bought a sailboat, intending to take sailing lessons. Between moving to another town, taking care of me when I was sick, remodeling two bathrooms and landscaping their yard, the sailing lessons didn't begin until just recently. They have been practicing taking the boat in and out of the slip and taking it around the harbor but they hadn't actually sailed it out of the Ventura Harbor.
Sunday there was finally enough wind to really take it out ... into the ocean! Benjamin (my five year old nephew) and I happened to be on the boat that day. The weather wasn't exactly sunny in Southern California but it made for some interesting blue/grey paletted (is that a word?) photos and it was so fun watching the sea lions and pelicans with Ben. I might need to do some watercolors and pastels from these ... 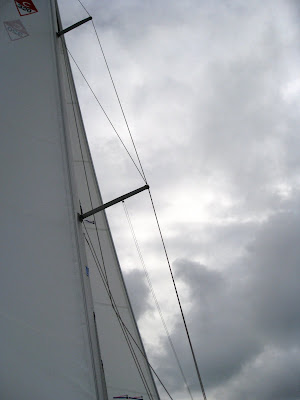 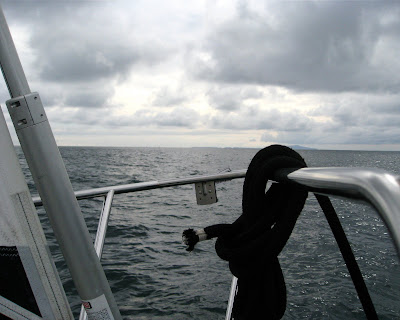 There is something so amazing about being out there ... being cradled by the ocean and leaving the world behind. Well, sort of. We were also eating potato chips and listening to Frank Sinatra as well as the weather reports from land to make sure were weren't going to end up in a George Clooney "wave movie" , but still. We were out there.
It's a different view of the world out there, of the planet, and it's always good to get a different perspective. 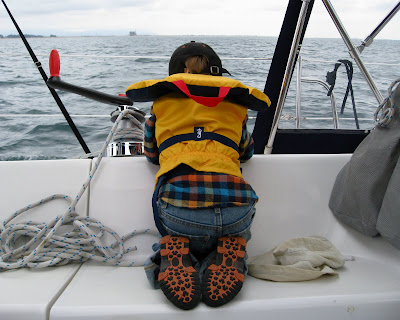 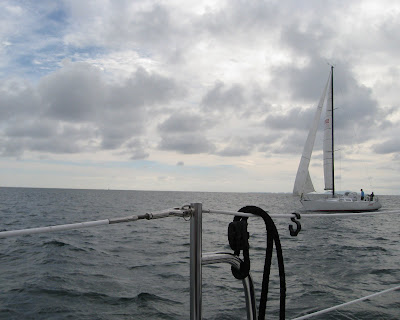 Below Anacapa Island in the distance ... part of the Channel Islands 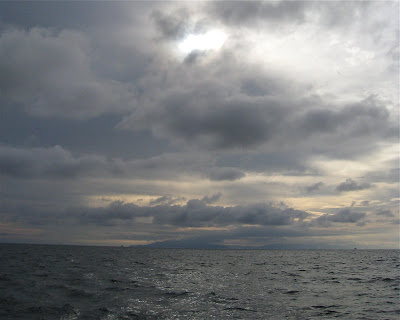 pelicans on the jetty 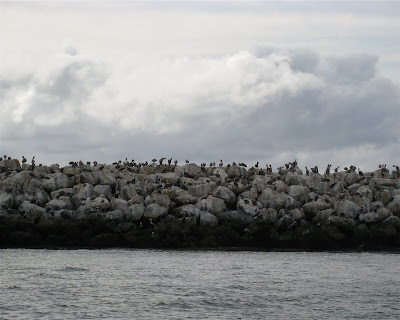 Back in the Ventura Harbor 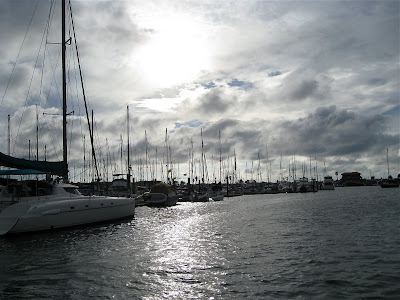 The world is round
and the place which may seem like the end
may also be only the beginning.
~Ivy Baker Priest
Posted by Cobalt Violet at Tuesday, November 09, 2010

It's always nice to be out at sea. There's something soothing about it - as long as the strong winds stay away. Ah pelicans - they're something else aren't they? I had 'made friends' with a pelican when we were in Cabo San Lucas several years ago. He would always come and swim with me.

Finally!! : ) Glad you and Ben could be on the first journey out! Lovely pics!

I LOVE being on the water. And look at all those pelicans!
Neat to have been part of the maiden voyage!

It is both enlivening and relaxing, being on the water.

I say that view was worth the wait! xo

ooh, my mr o would be so envious ;-) living so close to the sea, it is his dream one day to own a wee boat. It's so peaceful out on the water, love to go down to the quay & watch the water lapping & the fishing boats bobbing about. x

this is soooo beautiful... it reminds me of my summer vacation in Rhode Island...

Thanks for this digital sailboat ride. It's been a while since I've been on a boat.

Your photos are amazing, I have no sea, close to my town, so thanks for the nice ride.
Also, for stopping by.

So very beautiful! It looks like a peaceful way to spend the day.