After my visit to Francesco Borromini's San Carlo alle Quattro Fontane, I headed down the block to check out his rival, Gian Lorenzo Bernini's church, Sant'Andrea Quirinale. Really, It's unbelievable that they are on the same block, same side of the street, two guys who, word is, hated each other. And, bonus for me, the churches were so close together, because it was pouring down rain.

On my last post Kerry O'Gorman (Farmlass) mentioned she was listening to Puccini while reading my post and that made me think I should find some Italian Baroque for you to listen to, while enjoying some quintessential Baroque architecture! Thanks for the idea Kerry!


I have to say, that what little I know about Bernini and Borromini, their personalities seem to fit the period. They both, in different ways, were very dramatic in the way they lived, and in the case of Borromini, the way he died. (Sadly he took his life, which is why I am guessing they didn't end up burying him in his intended place ... his beautiful San Carlo alle Quattro Fontane. Sad, right?)

Apparently, they started out as friends and one got a commission the other thought they were going to get, or something. Of course, they were both geniuses, but Bernini was handsome, and had the charm and personality to schmooze at court. Poor Borromini was depressed, anti-social and might have actually been bi-polar but with no treatment at that time ... he ended his life at 67 before the facade of San Carlo was complete.

Anyway, back to Bernini. While admittedly, Borromini is my favorite architect, Bernini's sculptures are maybe my all time favorites.  Along with Michelangelo, no one made marble come alive like Bernini. More on his sculptures, in future posts.

Apparently, as he got older Bernini would often come to visit and sit in this lovely creation of his. A sweet thing to imagine. 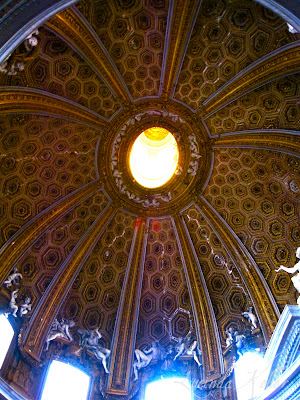 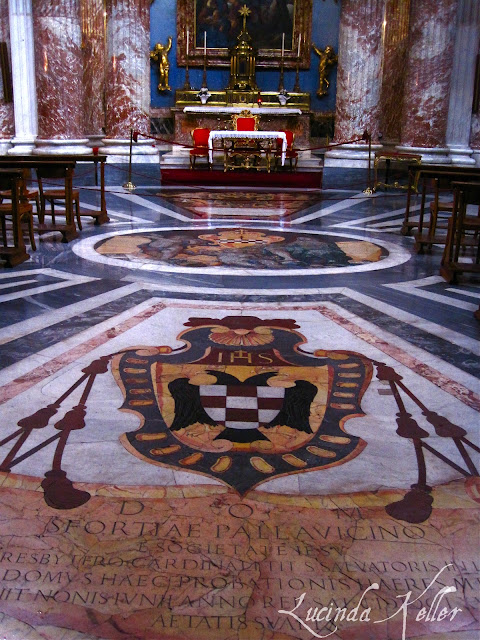 The Martyrdom of Saint Andrew ... 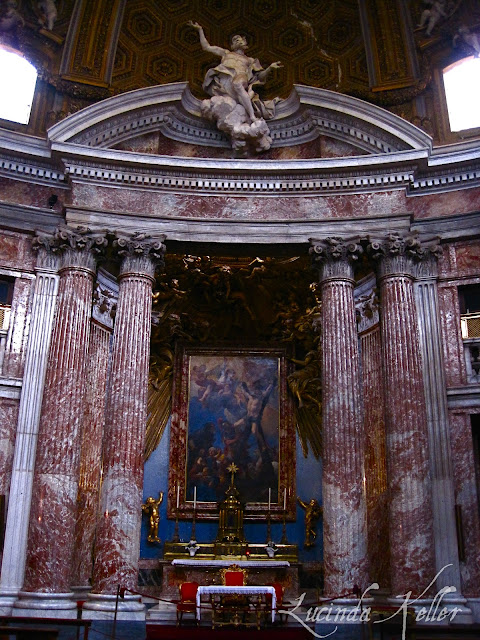 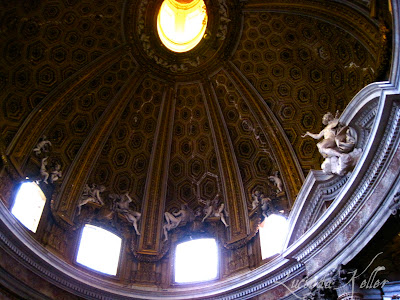 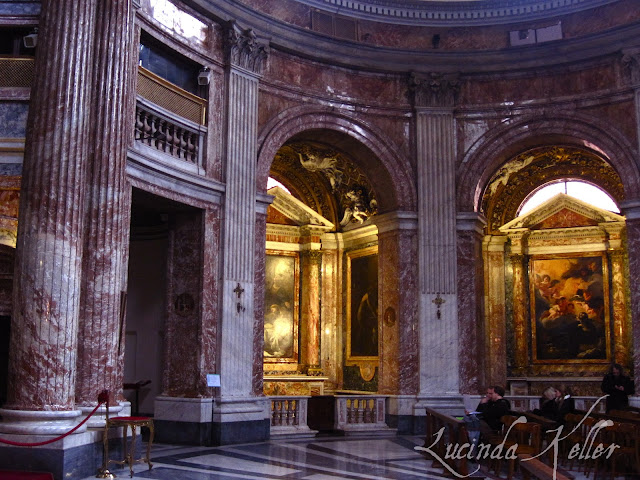 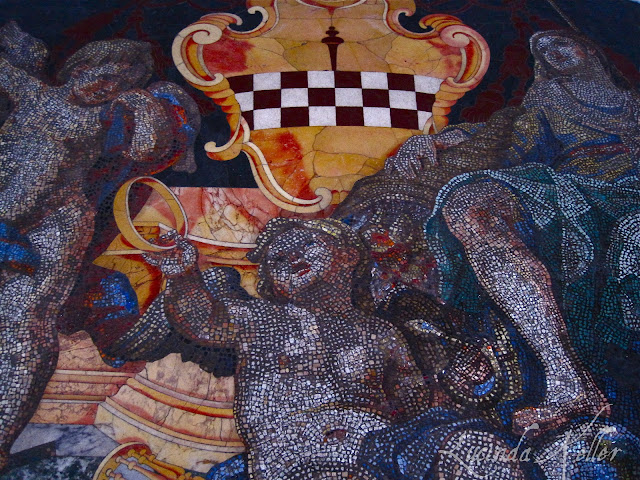 Everything you can imagine is real.
~ Pablo Picasso 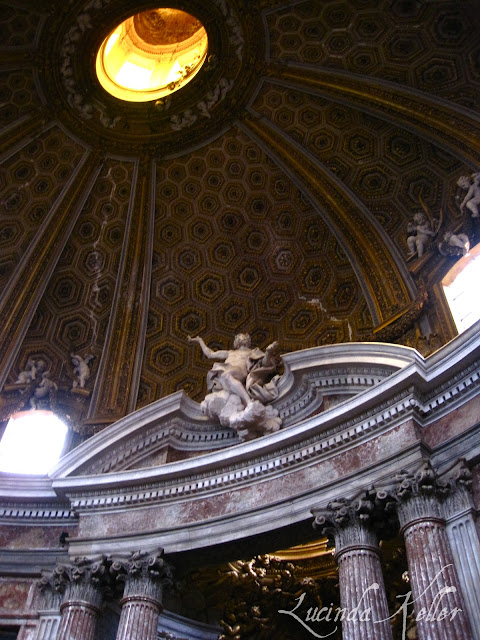 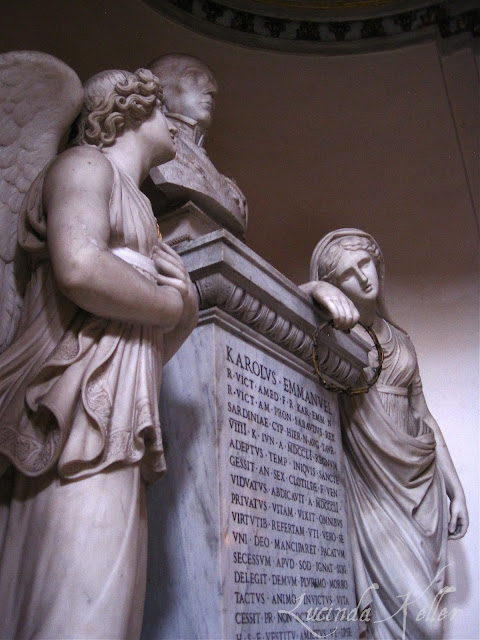 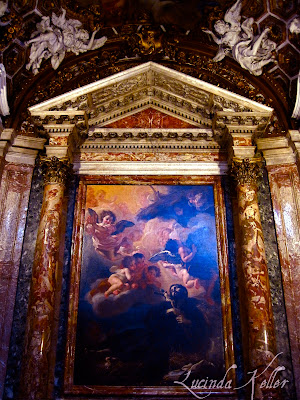 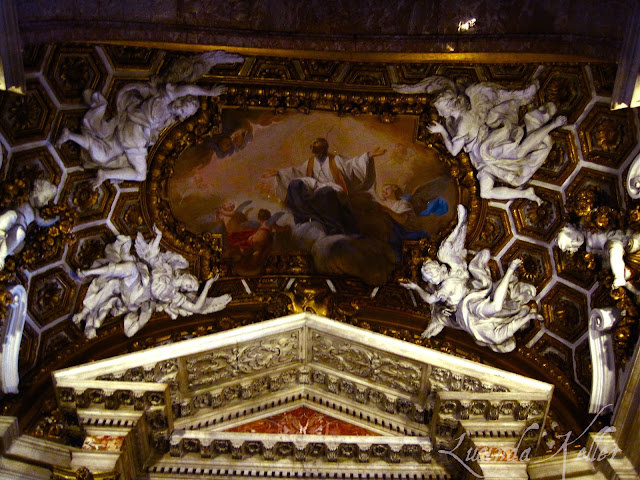 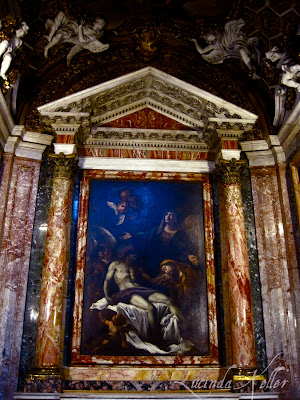 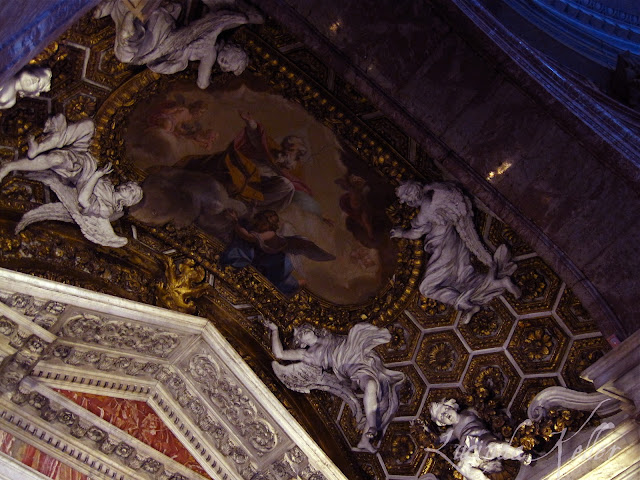 Tomb of King Charles Emmanuel IV of Sardinia and Piemonte, who abdicated in 1815 to join the Jesuits. 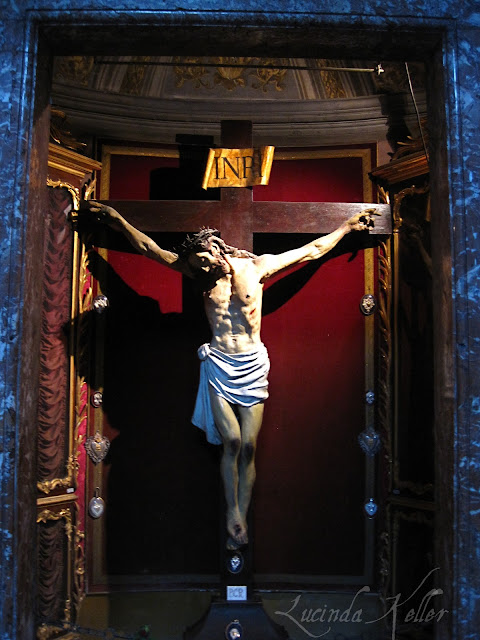 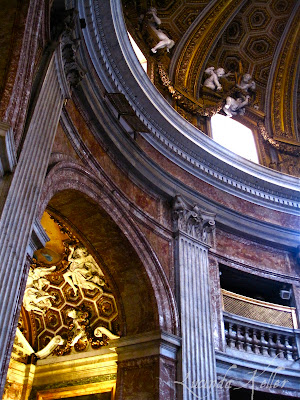 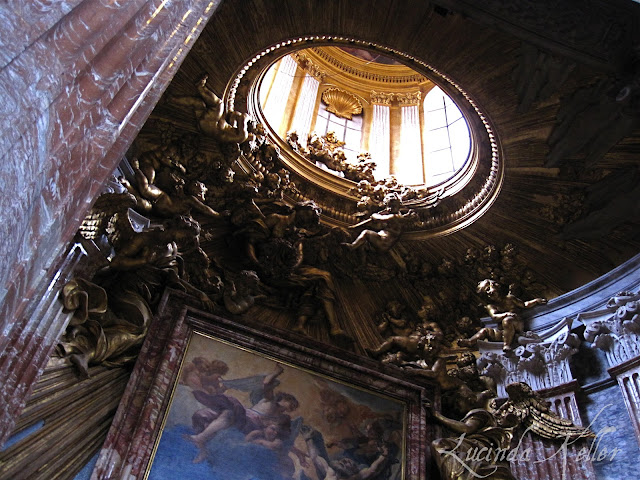 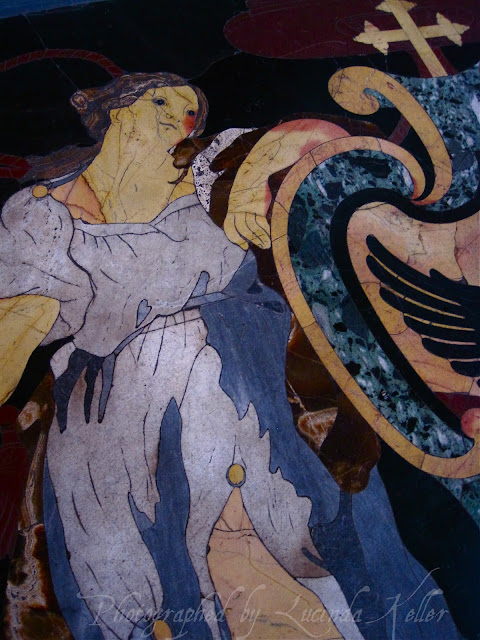 The windows in the lantern, light the dove, the symbol of the holy spirit ... 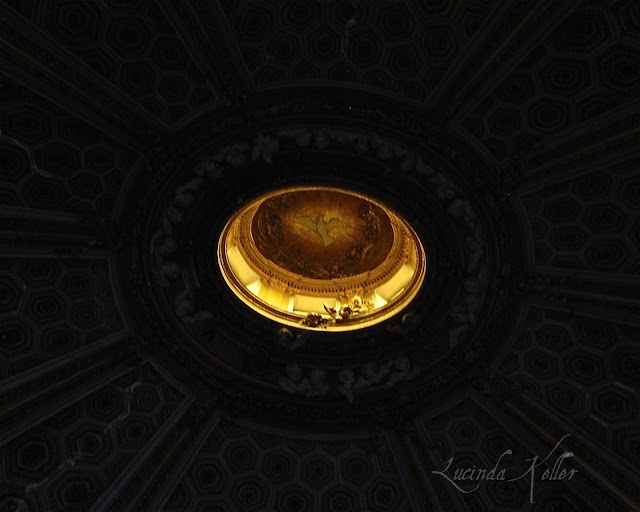 And the ribs of the dome are like rays of light emanating from the that symbol ... and you see Saint Andrew there, on the pediment, ready to ascend to heaven. 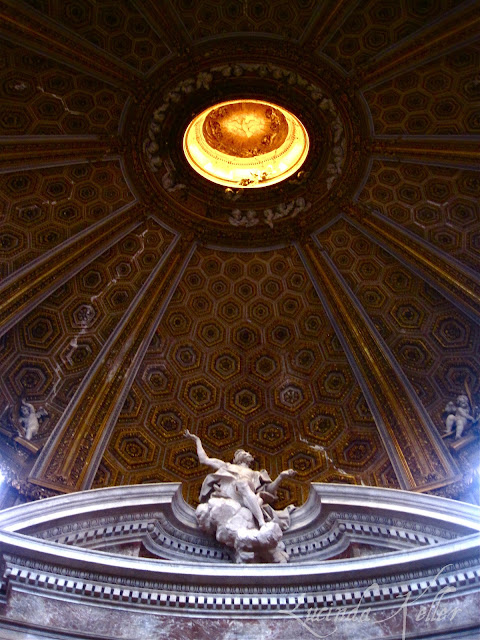 Here is a very interesting talk by Chuck Benson about Bernini's major influence on Rome and how we experience it today, as well as mentioning the rivalry between Bernini and Borromini. He also talks about this church, Sant'Andrea Quirinale as well as the Ecstasy of Saint Theresa, His work at Saint Peter's, his fountains, and so on.

A man should hear a little music,
read a little poetry and see a fine picture every day of his life,
in order that worldly cares may not obliterate the sense of the beautiful
which God has implanted in the human soul.
~Johann Wolfgang von Goethe

What stunning architecture. It makes me want to live in Rome.

Stunning works of art and magical music. I look forward to more!

Beautiful photos and your Goethe quote is perfect.

Thankyou Lucinda..for this totally blissful post..epic beauty in all the images you have shared..and the music of course has filled my soul with poetry and light!
Hugs and bliss
Victoria
PS; I always wondered about your name, any story behind it?, such a beautiful name!

Especially love the domed ceiling and the mosaic, so much rich colour. Oh and a belated Happy New Year to you too x

Thanks ladies for the visit and the sweet comments!!! :)

Whoa Lucinda!! The grandeous beauty of these places is incredible...To think it was all done in a day when things being made by hand was the norm. How we've lost touch with that intenseness to a higher power through art. Well, except for vicariously through your photos and the music. Thanks.

ive been there and they are amazing!!!