Come Fly With Me! NYC ~ Times Square, The Algonquin and Dorothy Parker 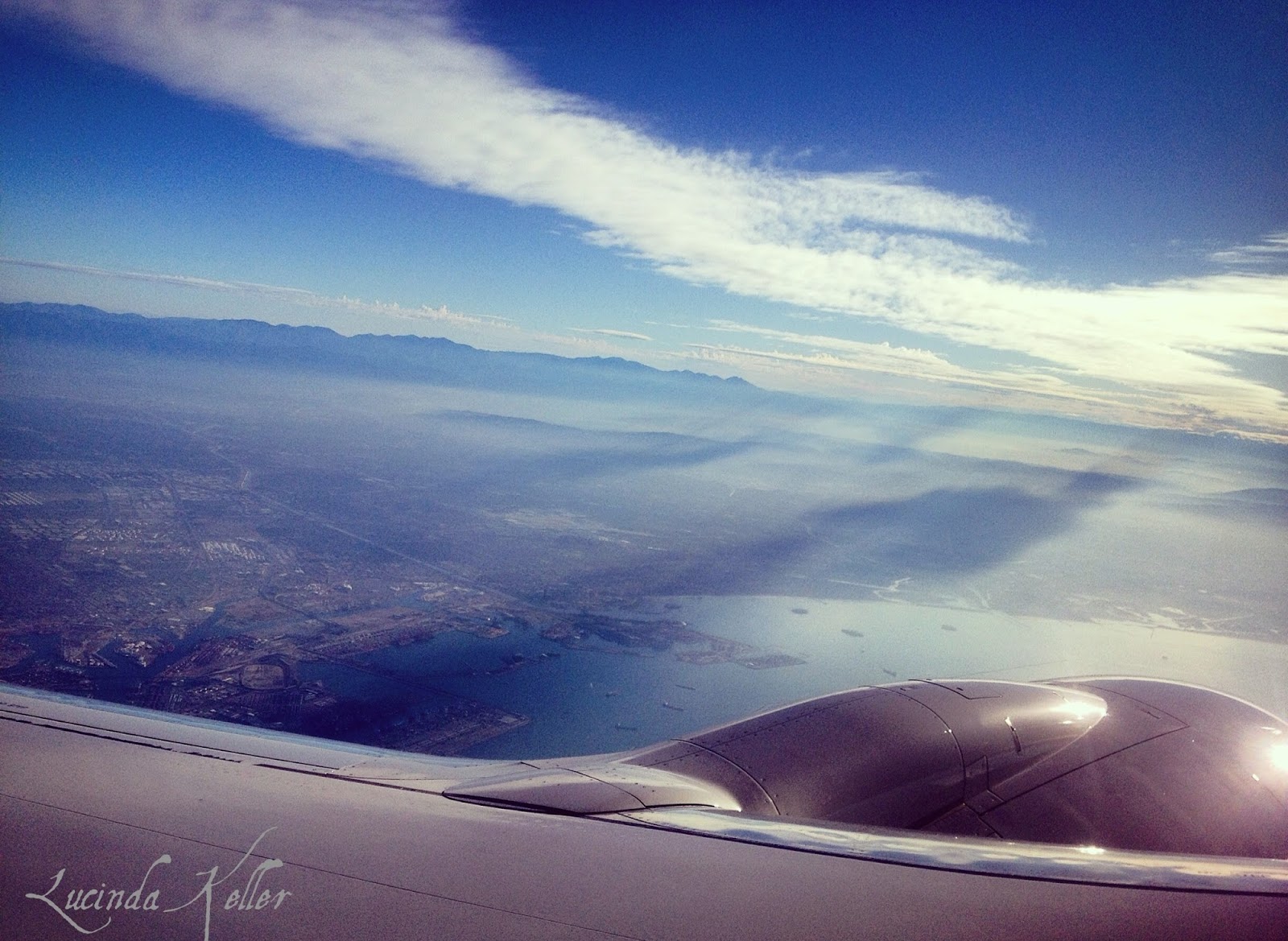 Hi Y'all! It's been so hot in L.A. I couldn't sit in my living room at the computer. (No AC except a window unit in the bedroom.) Anyway, I'm back! Hope everyone is doing great! 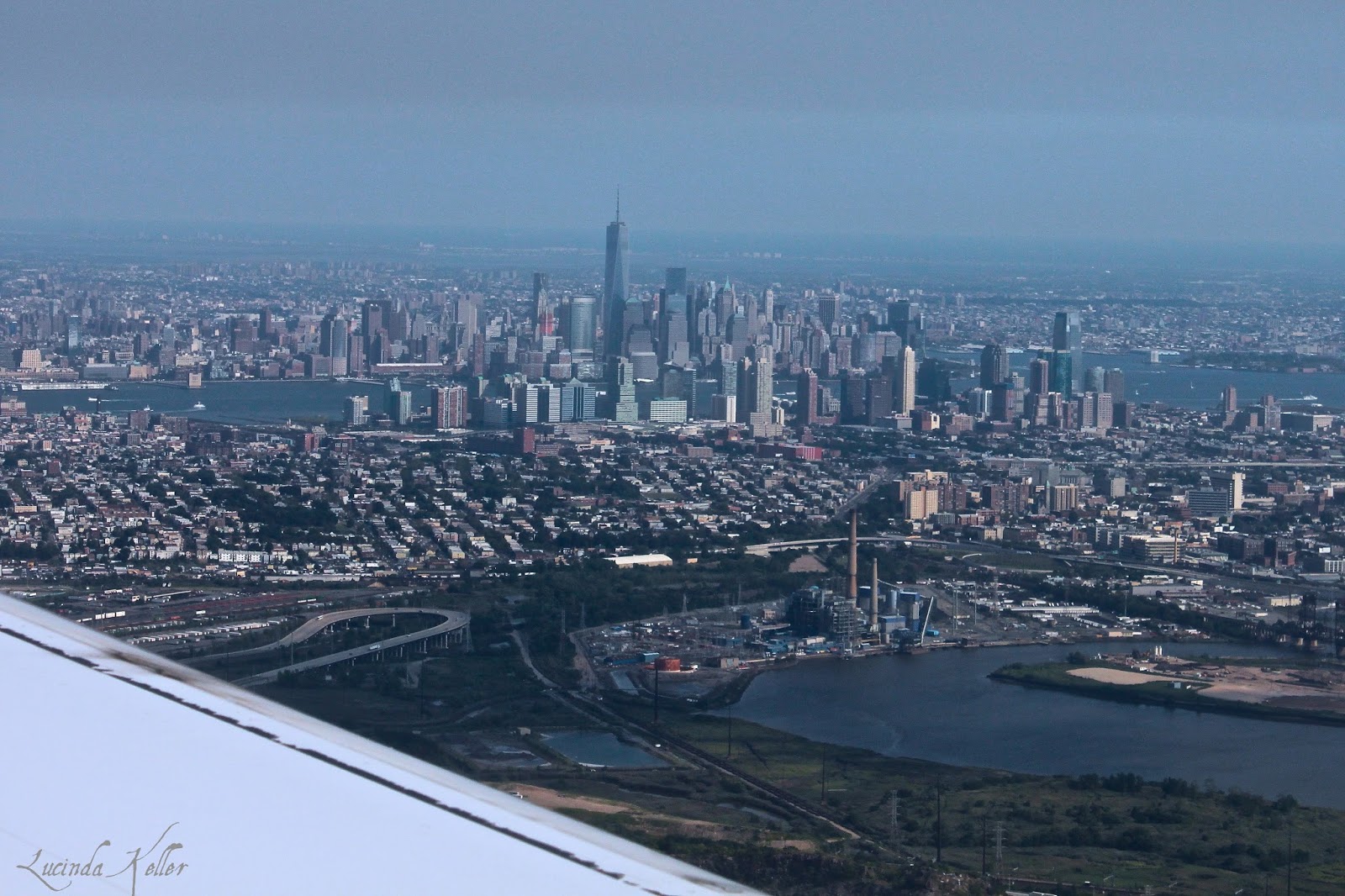 I actually landed in Newark, which was a little trickier, to get into Manhattan, but I ended up meeting a nice gentleman from Rome, on the train, who was moving to New York for school. (All roads lead back ...)

Anyway, this strange shot below, is a monitor at the train platform, with a photo by the photographer Imogen Cunningham. It was part of a nationwide project call ART EVERYWHERE. People from all over the U.S. voted online for their favorite works by American artists, and the ones chosen popped up in in cities all over the U.S.  From bus stations and subways to billboards in Times Square ... art everywhere. 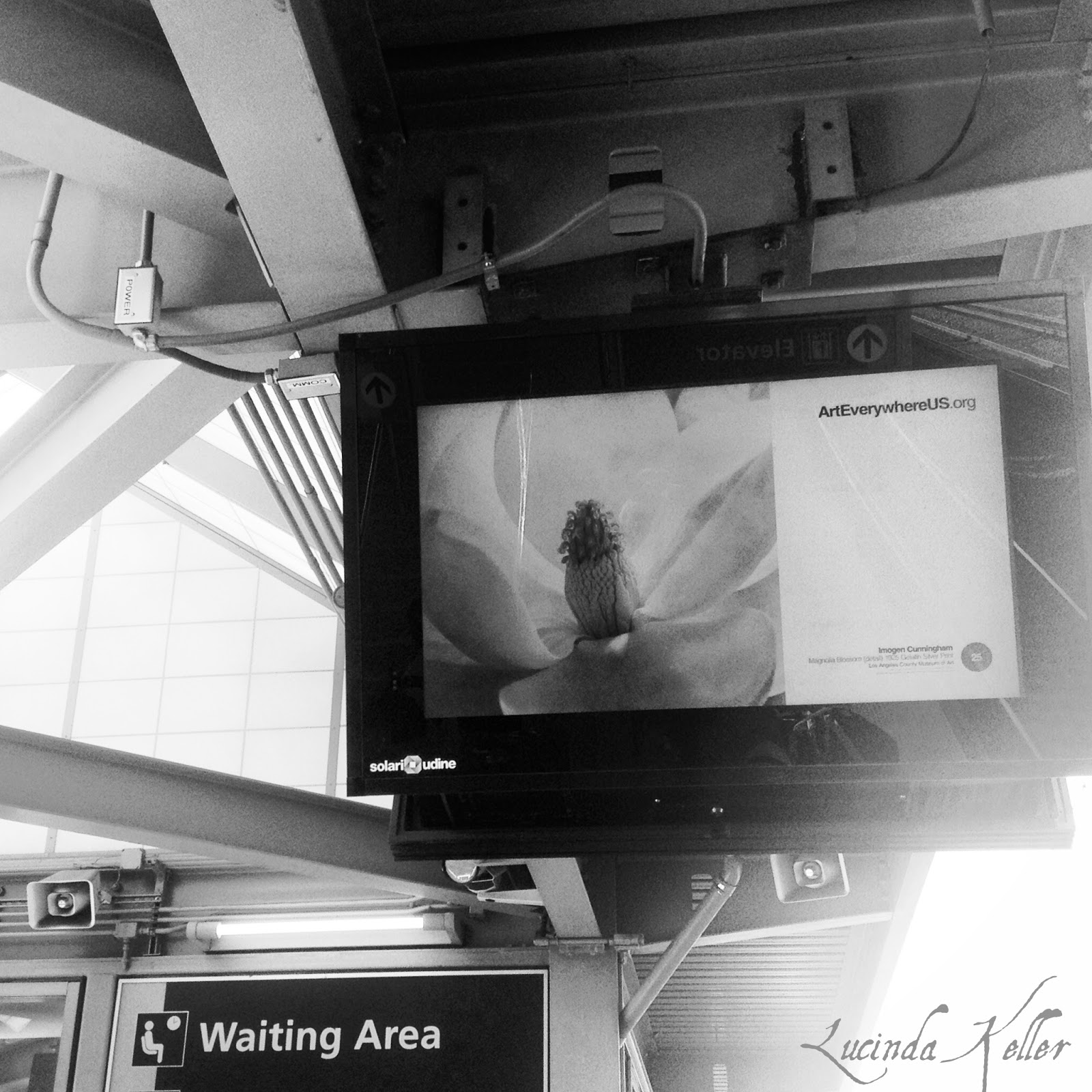 Speaking of Times Square, it's probably my least favorite spot in NY but I did head down to see if I could find some of the Art Everywhere billboards (which I'd seen online, in Times Square.) 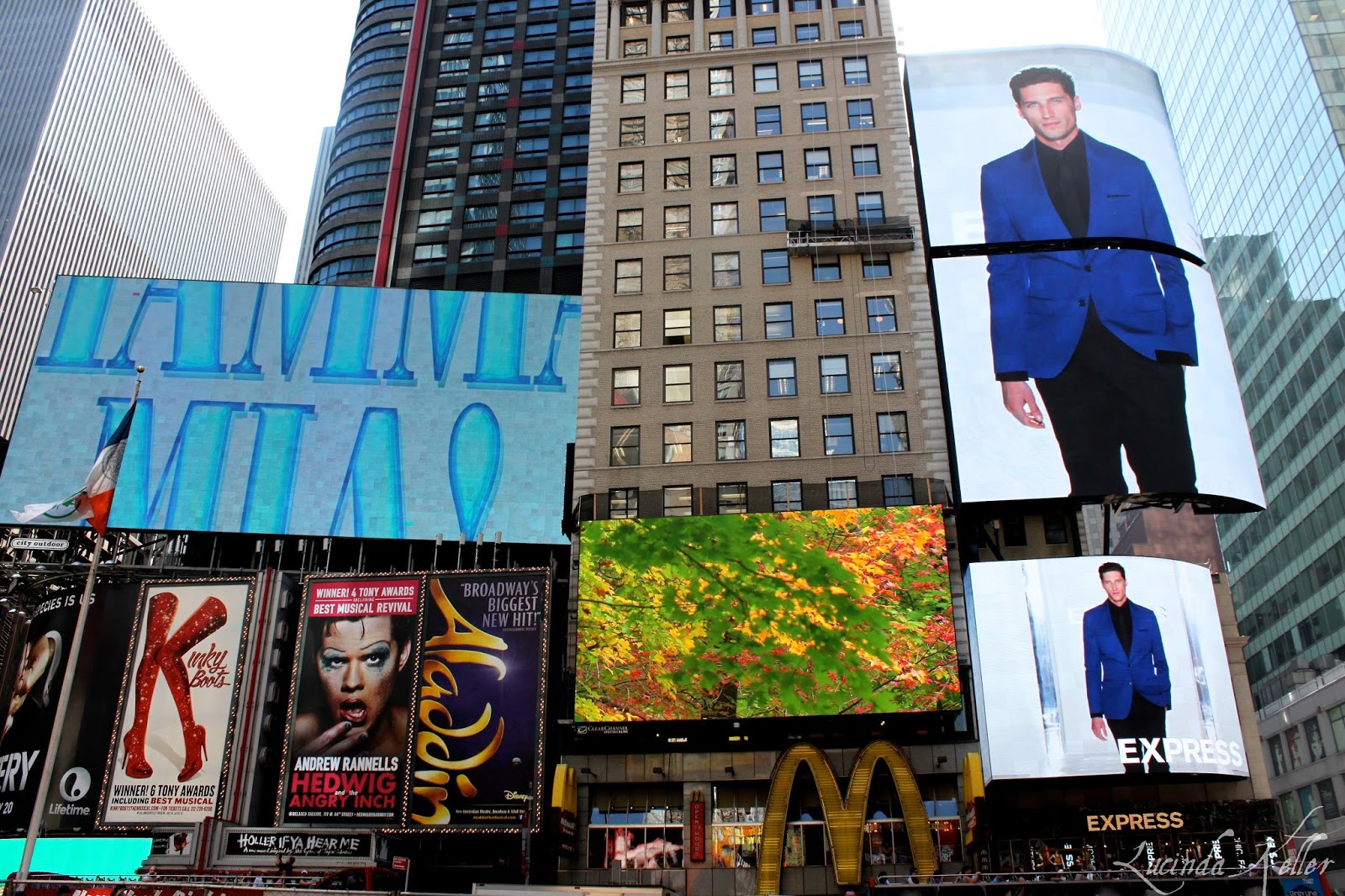 Unfortunately, by the time I made it to NYC, in late August, it was just the usual touristy craziness ... but if you were looking to get your photo taken with Elmo, you'd have had plenty of opportunity. I was not. 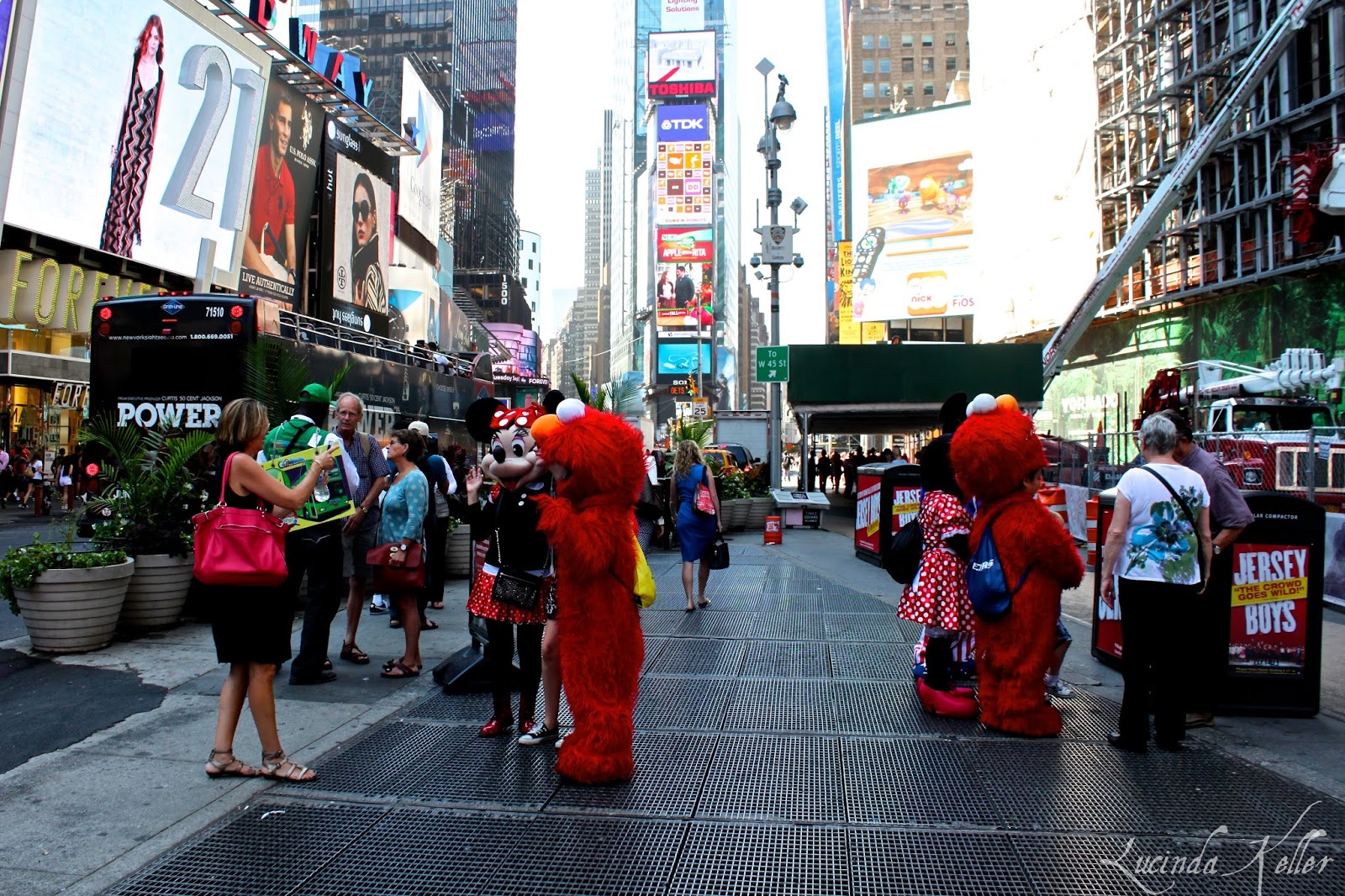 It seemed even more insane than usual but I'm sure that was my imagination. I know it's often much much crazier. Of course, having my camera, they all thought I was a tourist and wanted to try to make some money by posing with me ... everyone from Minnie to Buzz Light Year. Ugh. 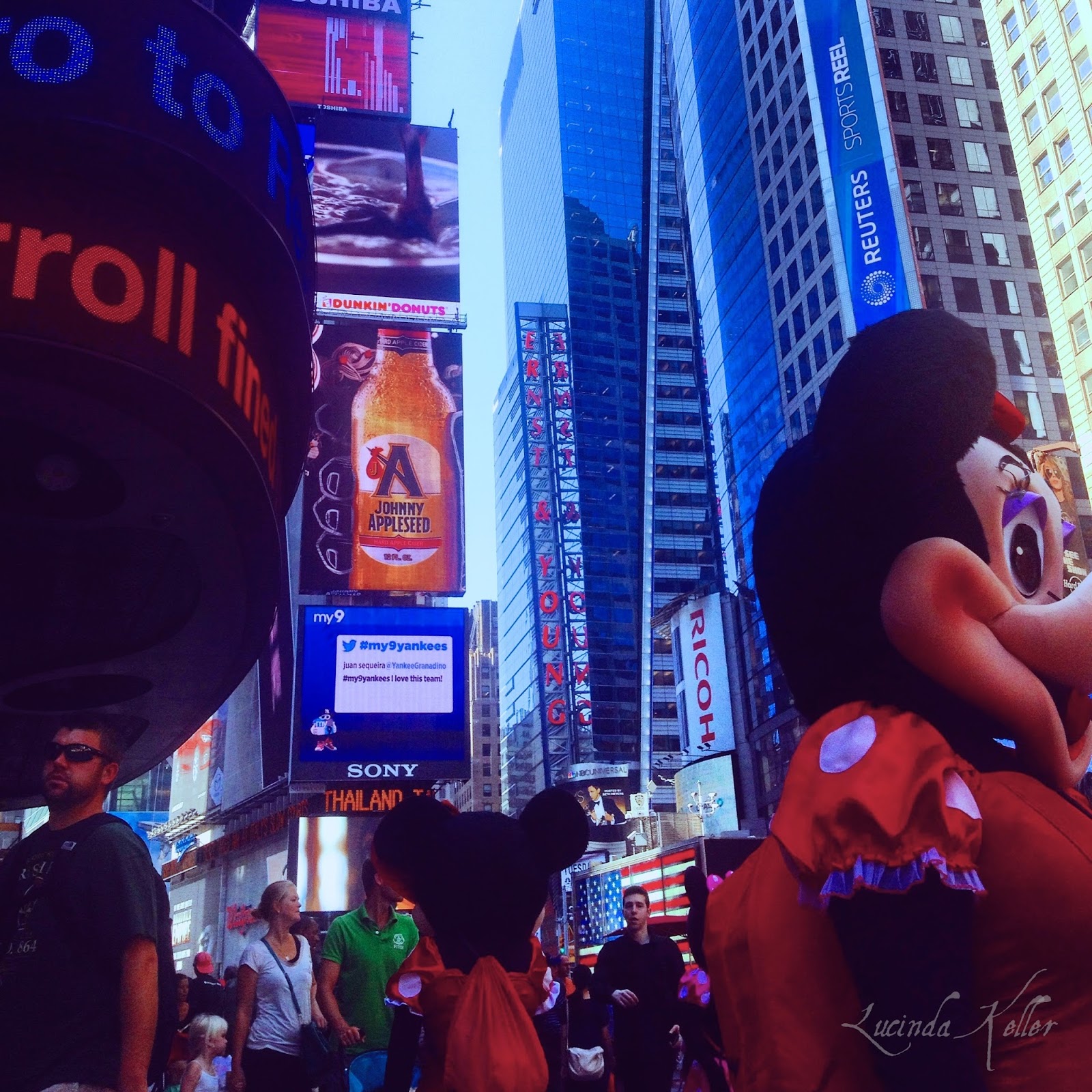 Of course, I don't live there, but I also don't feel like a tourist at this point. I have been lucky enough to have been there enough times, that I feel comfortable in the city, and can pick and choose the things I want to see or revisit. Usually, art museums. 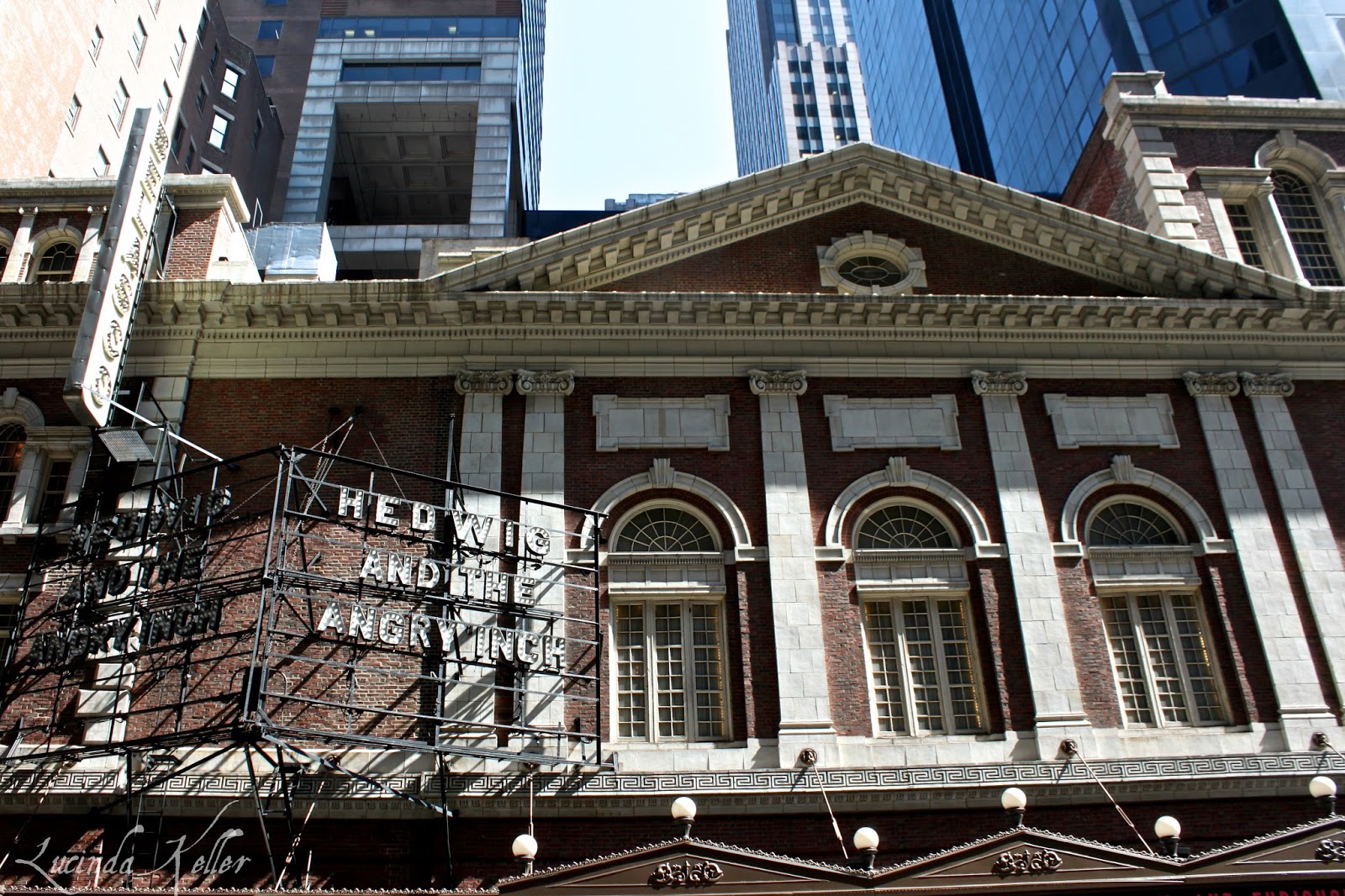 After striking out with the Art Everywhere billboards, I headed East. I always try to hit up Saint Patrick's cathedral toward the beginning of my stay. It's my little NY ritual.

When I left Times Square, I ended up passing the famed Algonquin Hotel which, as I was told, is the longest running hotel in Manhattan! My parents had stayed there a few years back but I was mostly intrigued by the fact that this was the hotel where Dorothy Parker hung out! 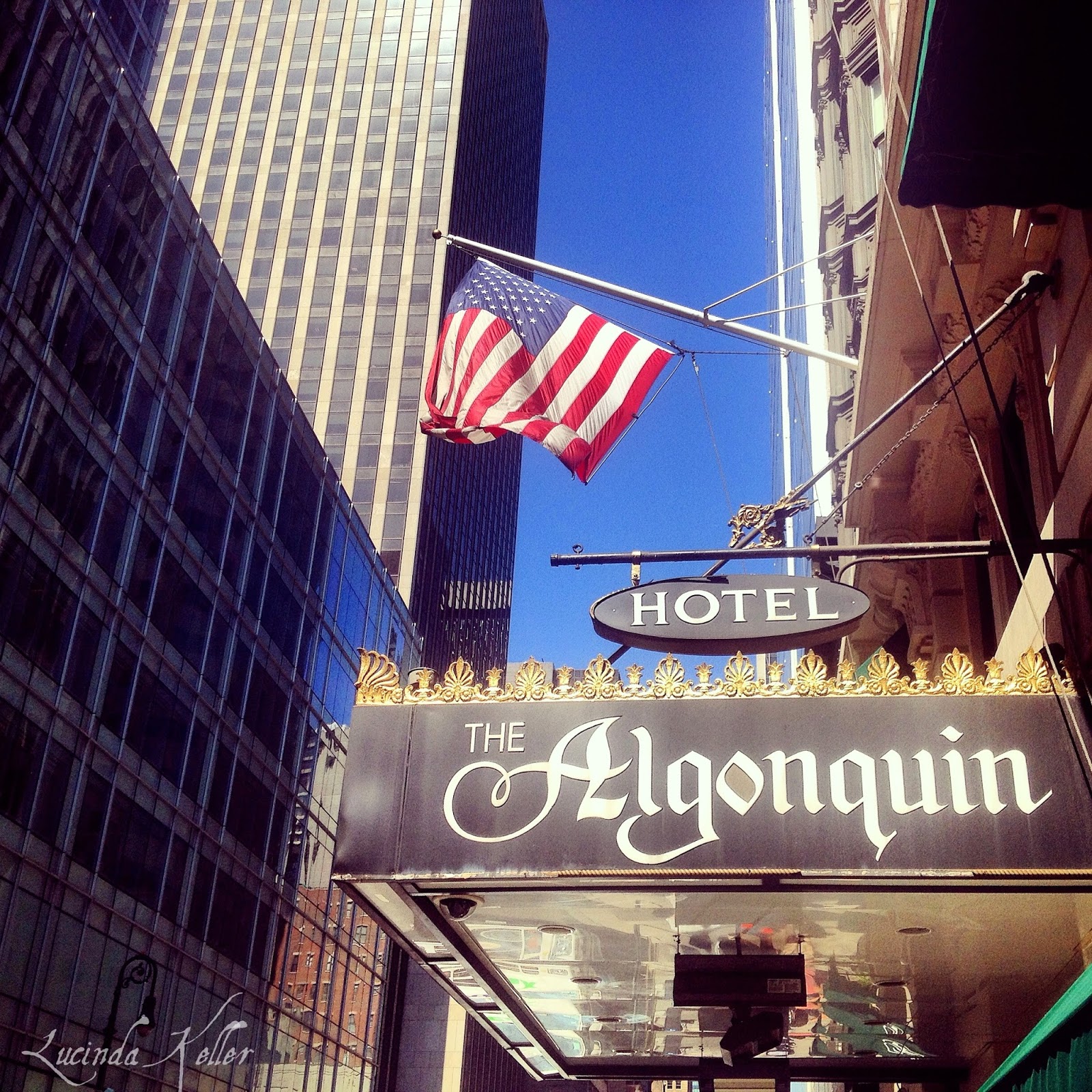 The first thing I do in the morning
is brush my teeth and sharpen my tongue.
~Dorothy Parker 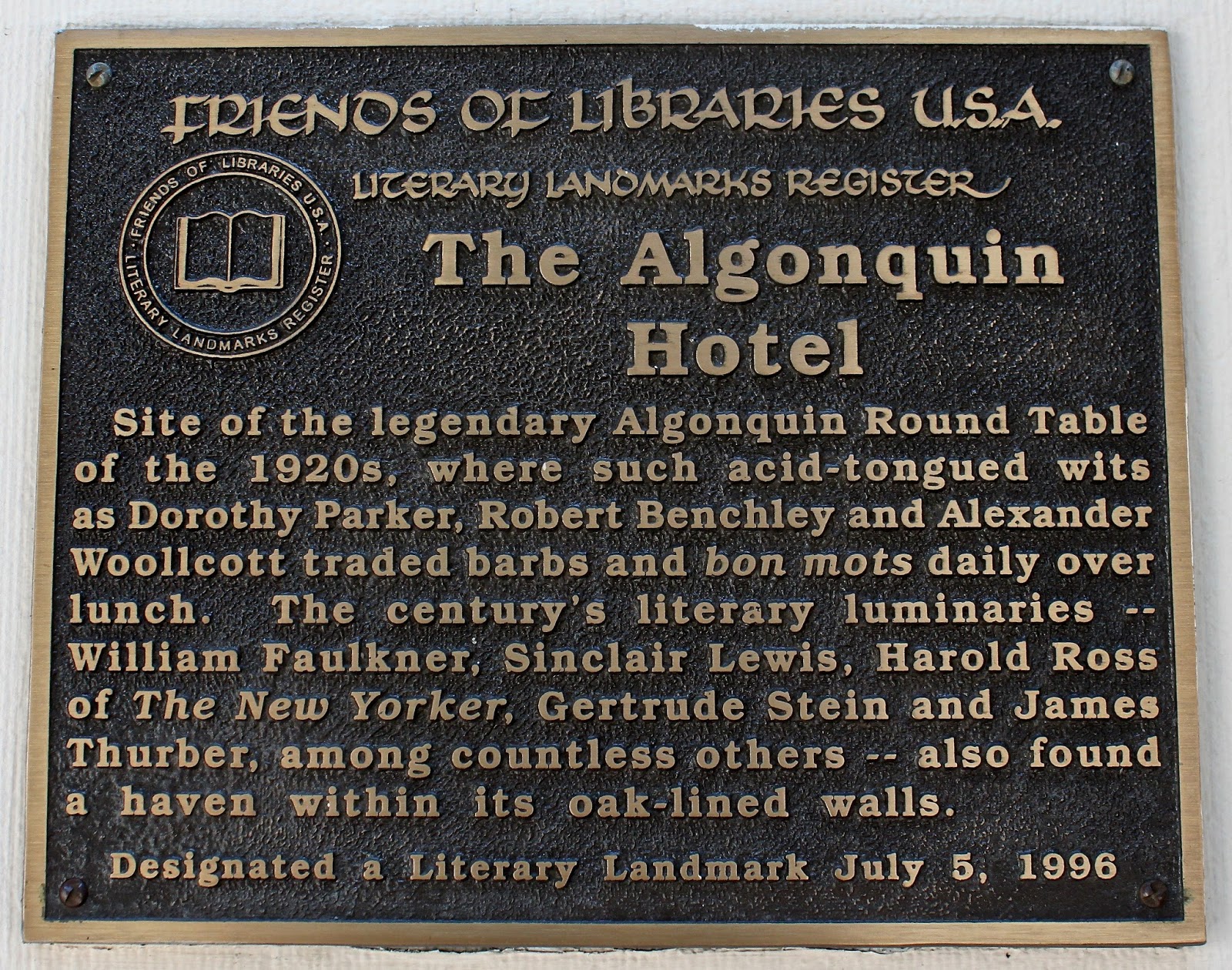 My senior year of high school we had to write a 10 page term paper on any American writer of our choice. I chose Dorothy Parker.

Below, under the painting where those folks are sitting, is where Ms. Parker hung out with her literary friends. 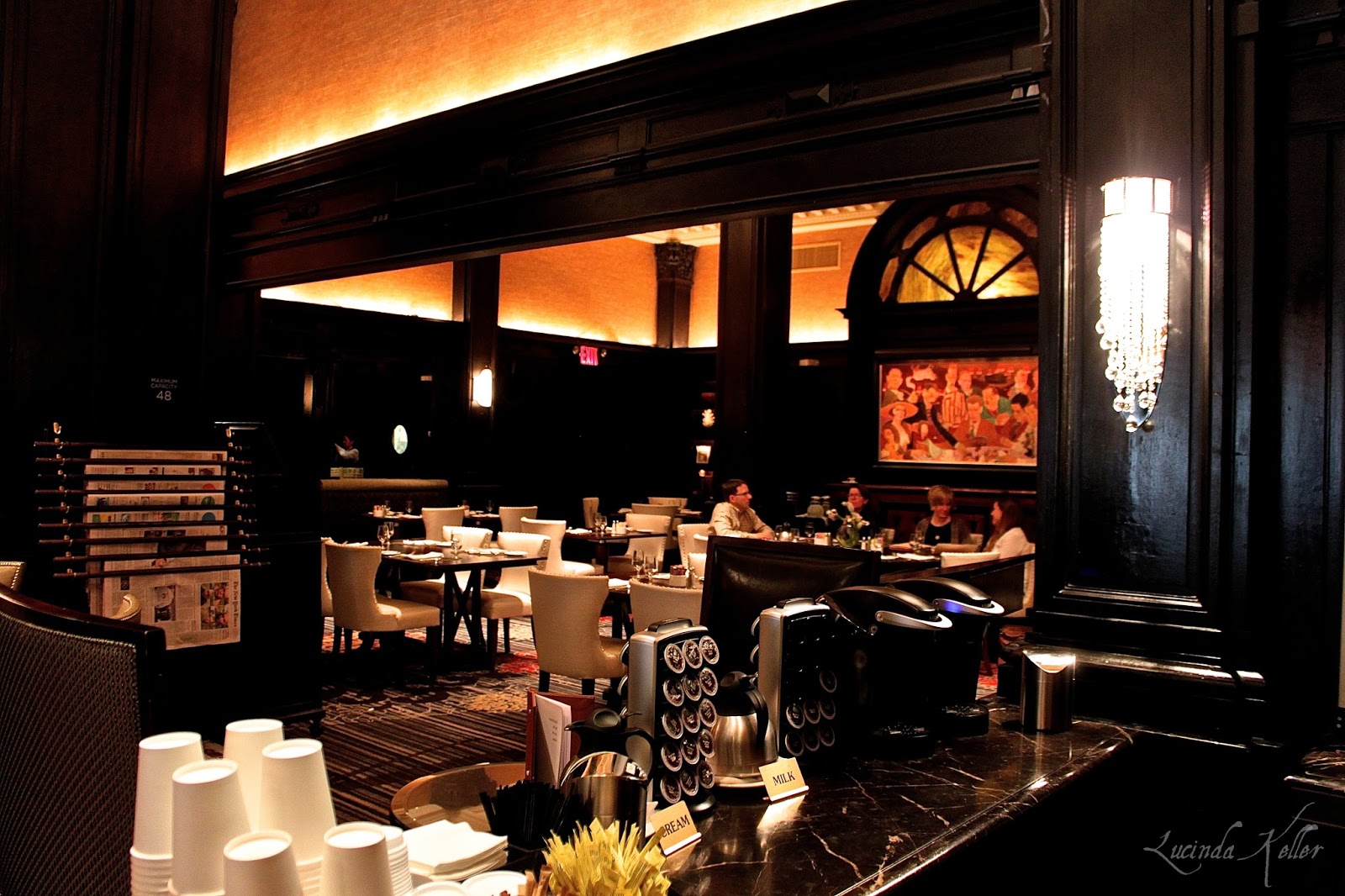 When I walked into the bar, one of my favorite Billie Holiday songs was playing. Now, it really felt like going back in time! The bartender was so nice, I would have stopped and had a cocktail and a chat but it was 11:00 a.m. and I was running only on power bar. 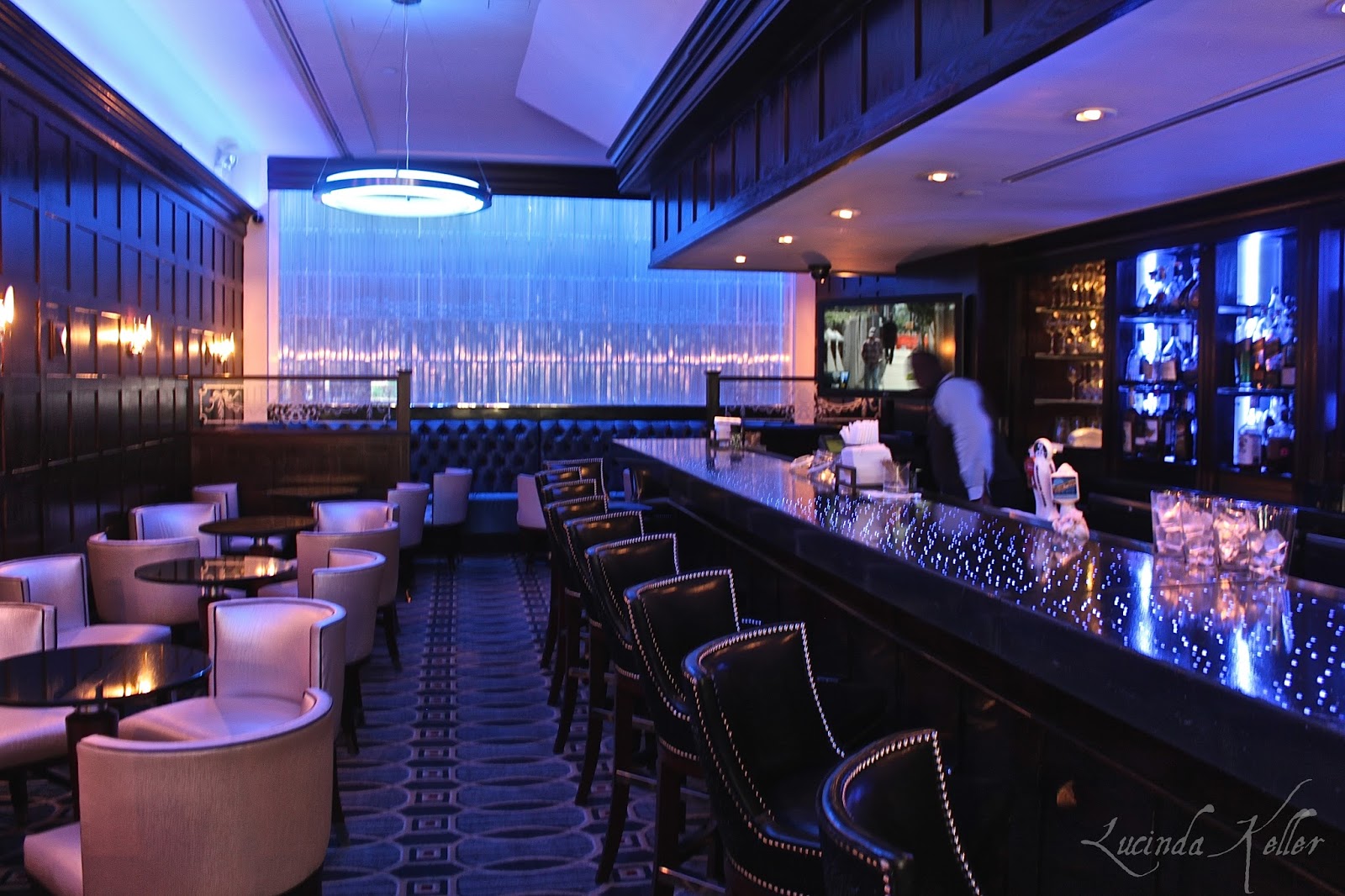 
I had a nice chat with the concierge and he explained how they'd renovated the rooms and  lobby in the last few years. Love the fabulous floor! 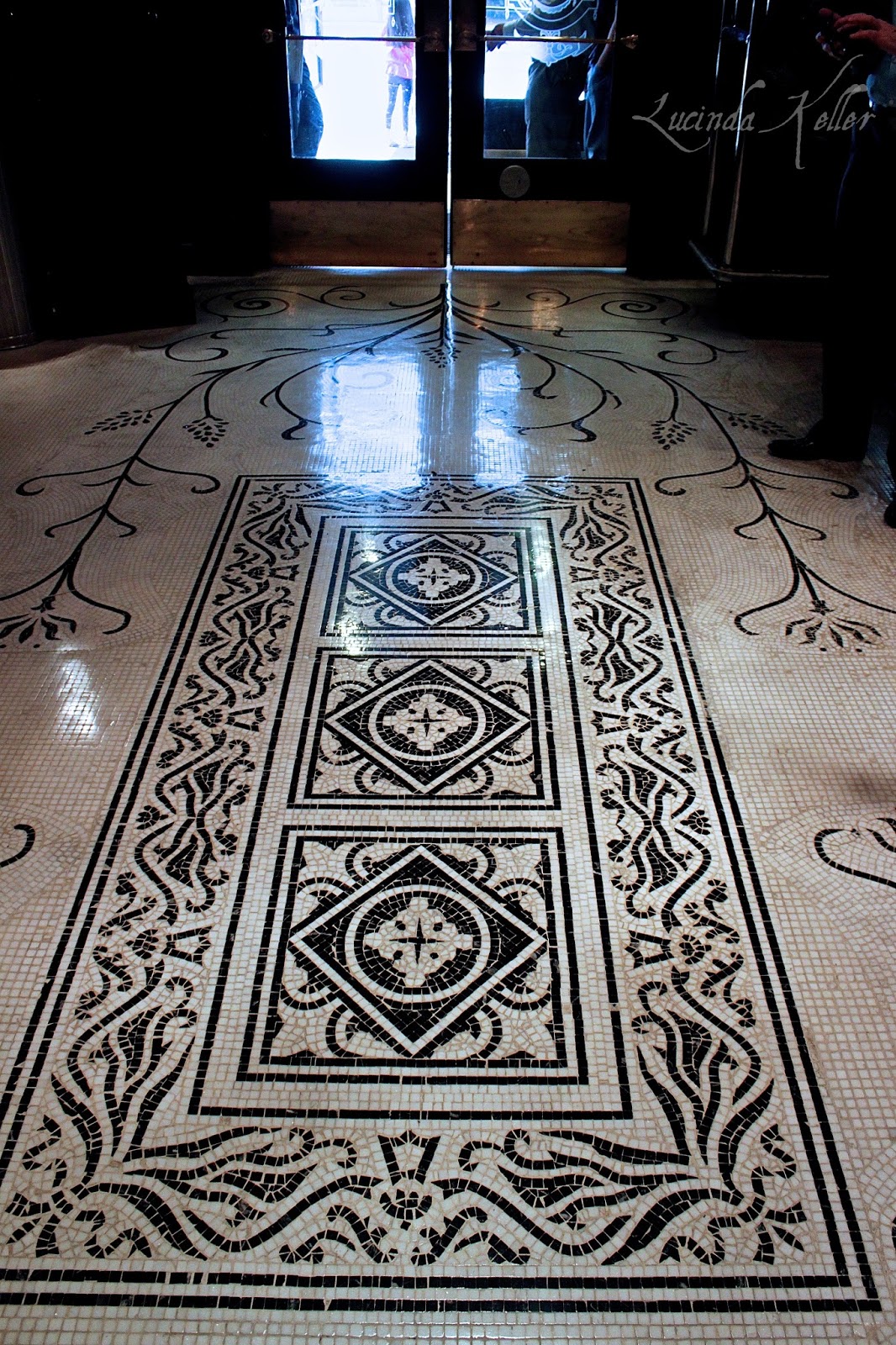 I'd rather have a bottle in front of me
than a frontal lobotomy.
~Dorothy Parker 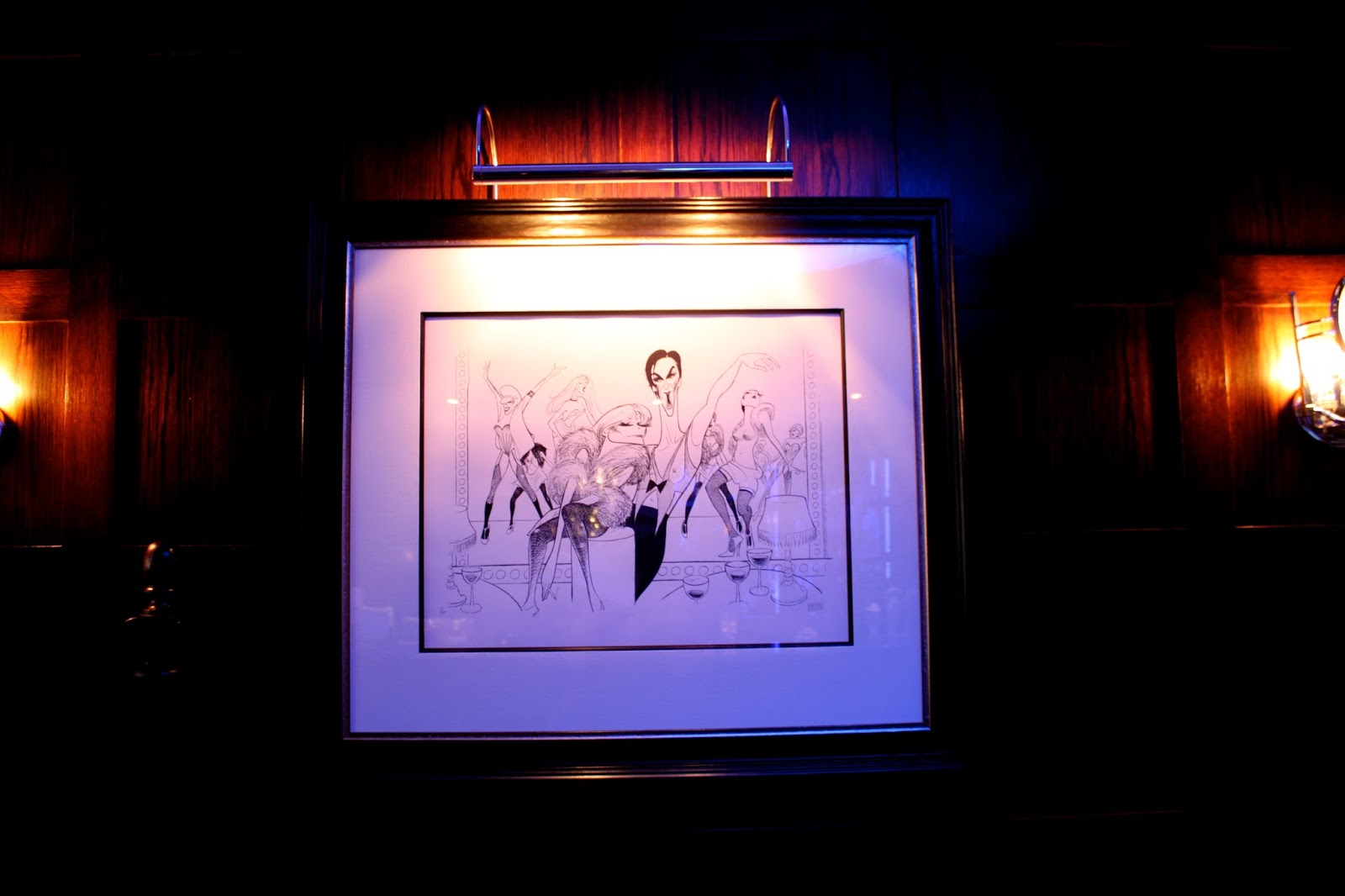 Men seldom make passes at girls who wear glasses.
~Dorothy Parker
(but they do on occasion!) 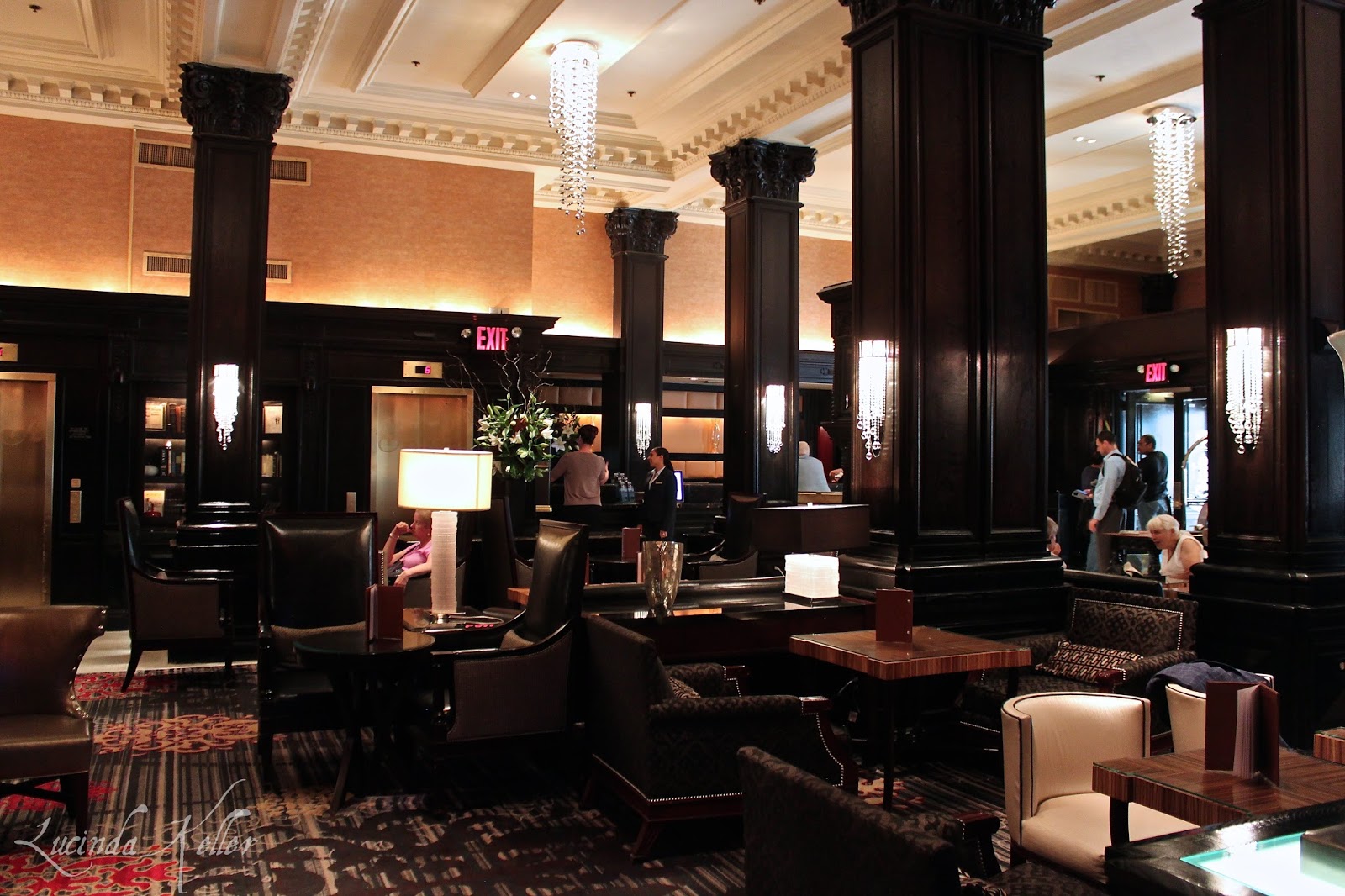 I don't care what is written about me
as long as it isn't true.
~Dorothy Parker 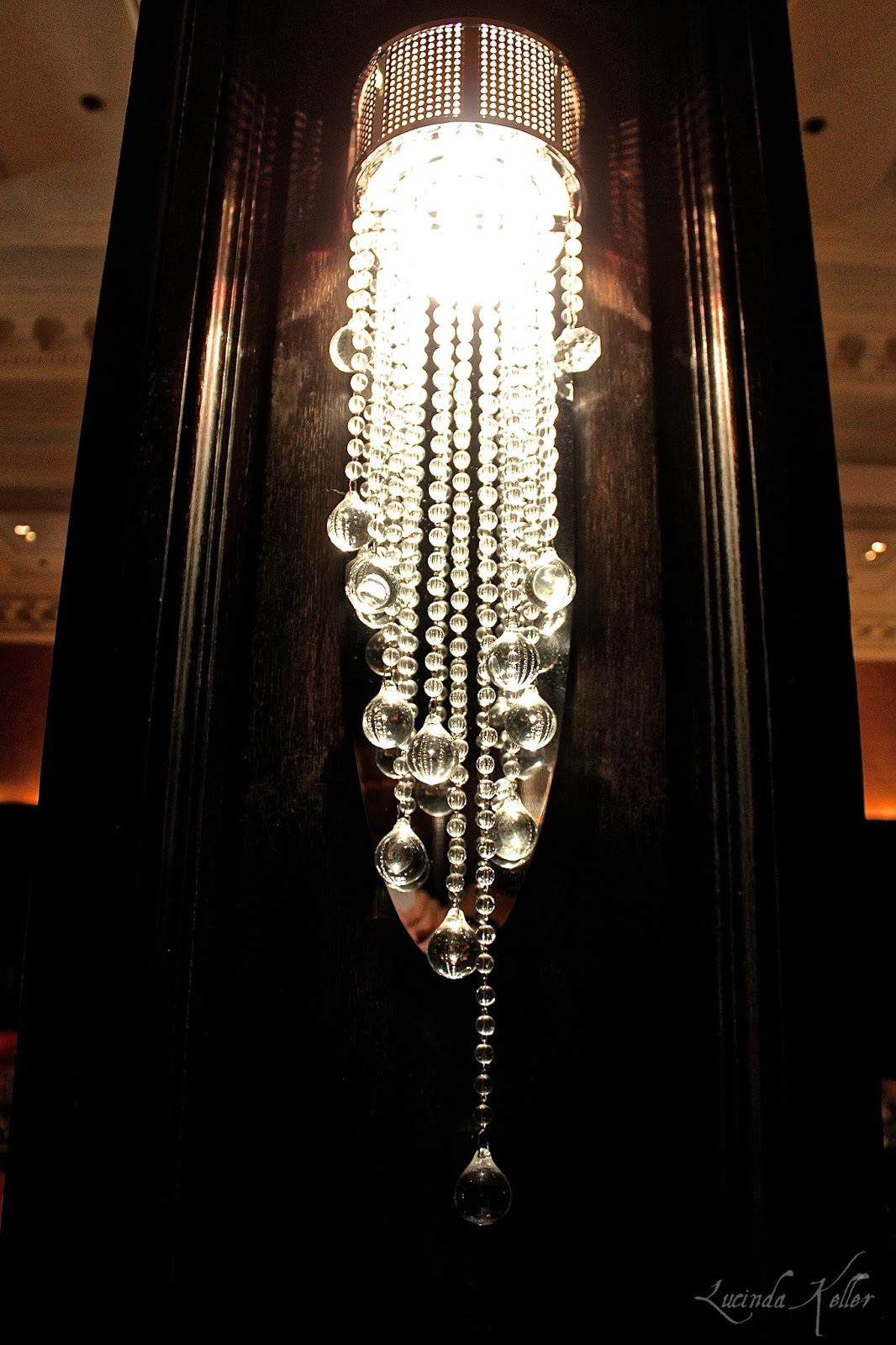 It serves me right for putting all my eggs in one bastard.
~Dorothy Parker 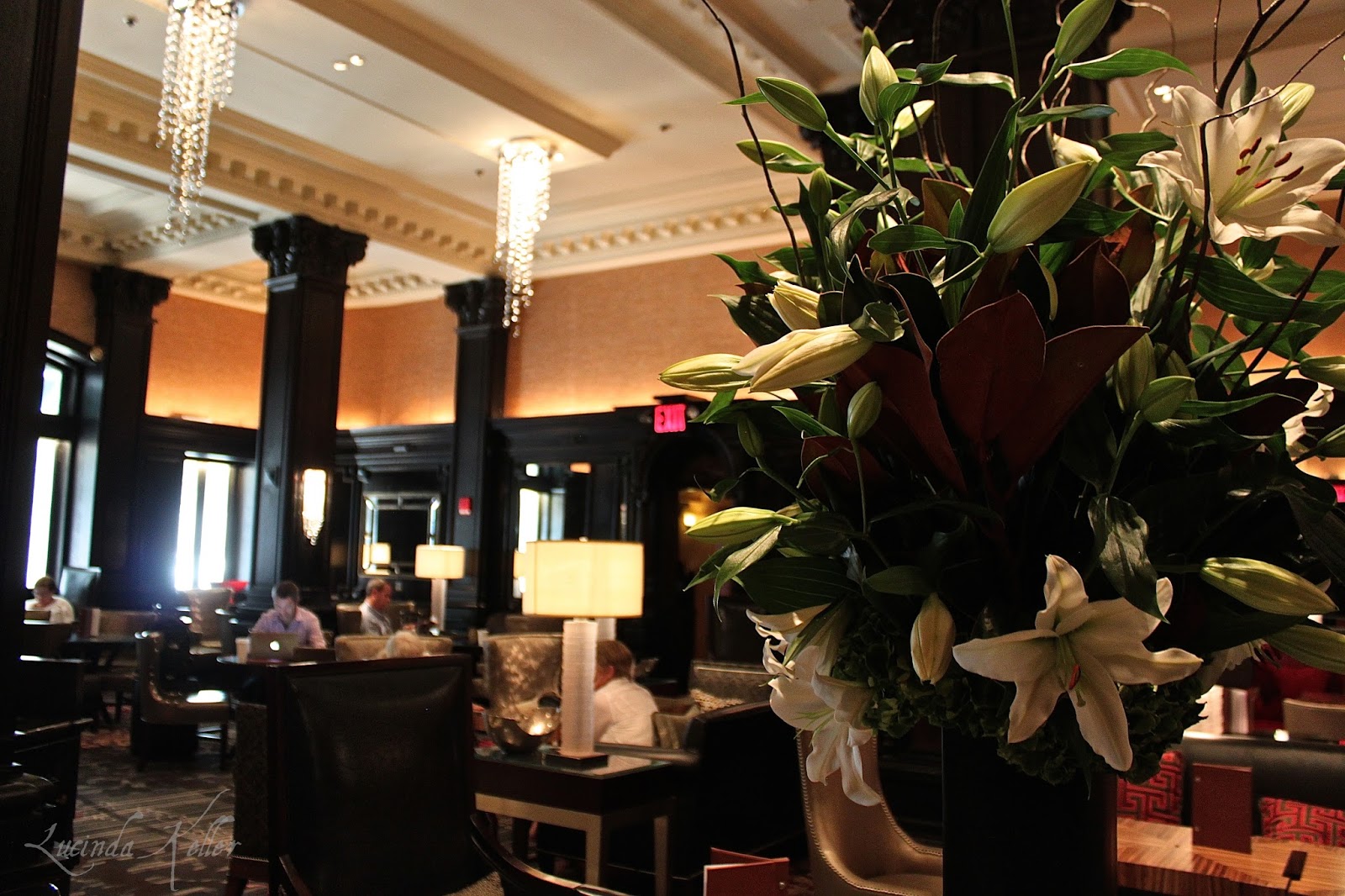 Some men break your heart in two,
Some men fawn and flatter,
Some men never look at you;
And that cleans up the matter.
~Dorothy Parker, Enough Rope 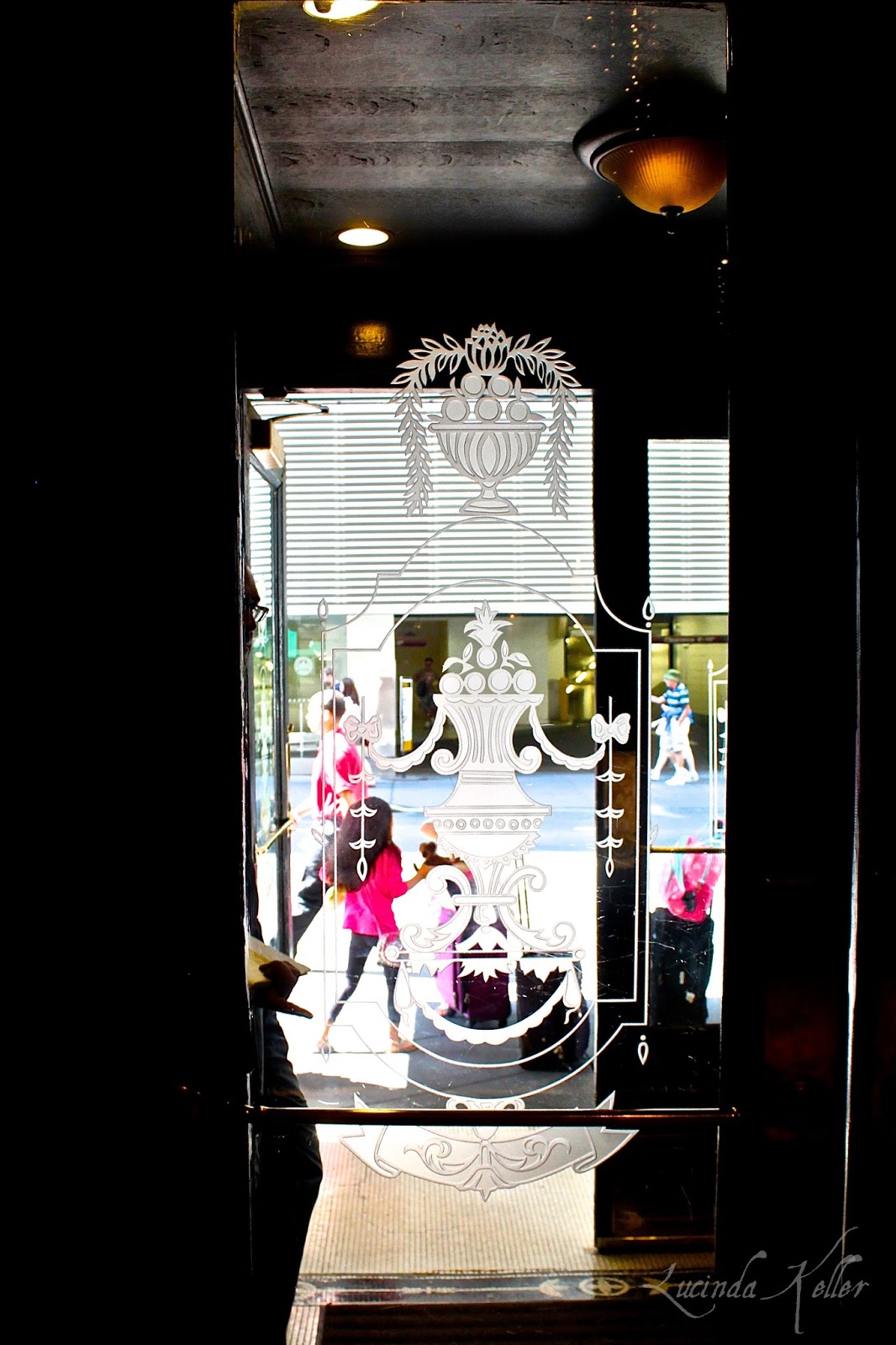 Oh, life is a glorious cycle of song,
a medley of extemporanea,
And love is a thing that can never go wrong,
and I am Marie of Romania.
~Dorothy Parker

The concierge told me that since the 1930s there has always been a cat in residence, at the hotel. The owner back then, Frank Case, took in a stray, who became "Hamlet." John Barrymore suggested the name (he was playing the role at the time.) Since then, the male cats have always been Hamlet, and if it happens to be a female kitty in residence ... her name is Matilda.

Meet Matilda III, who came to live at the hotel in December of 2010. I was told I was lucky I got a glimpse. Here, she's waiting for a treat on the front desk. 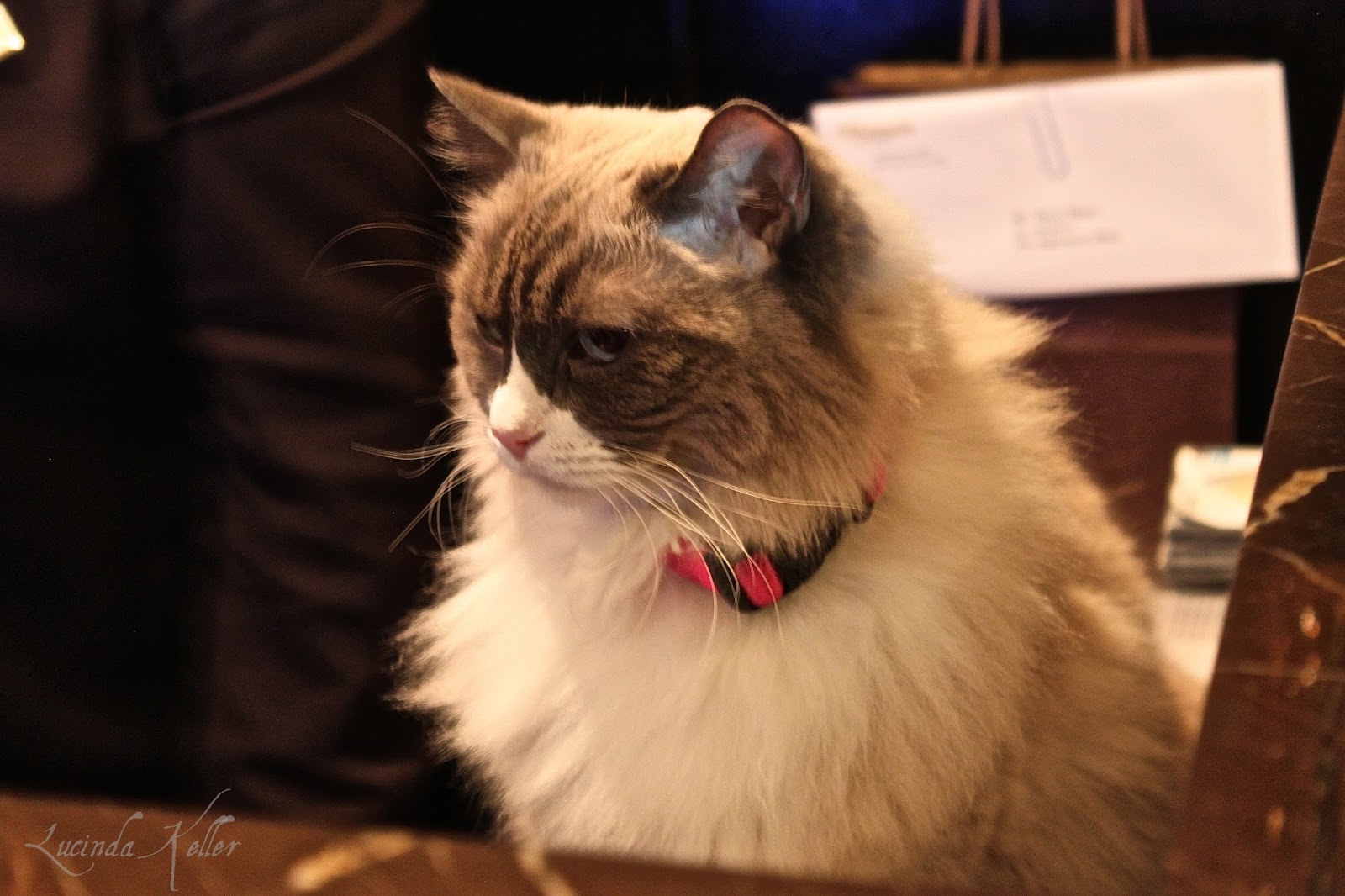 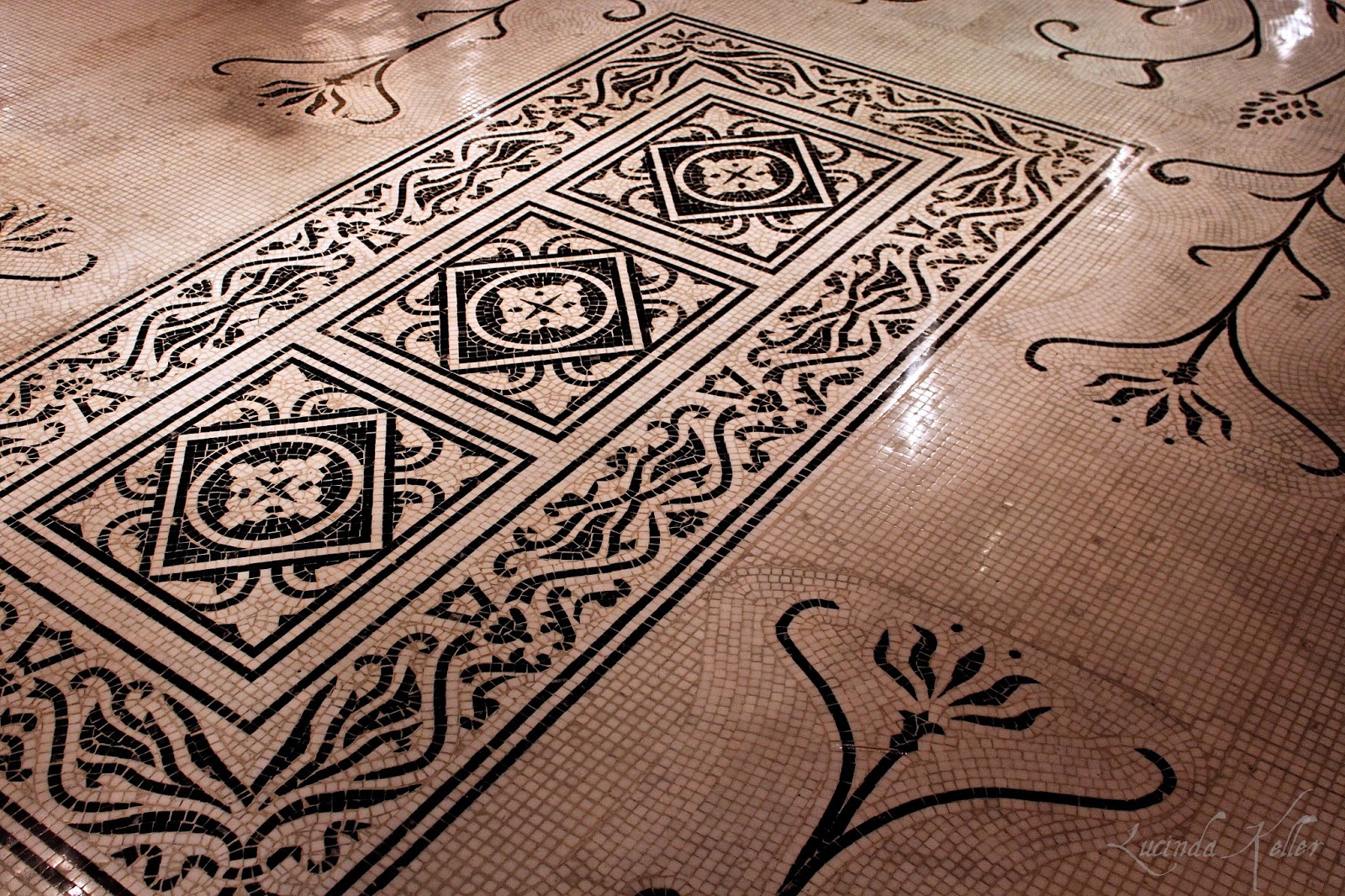 Well, that's it for now! More New York to come! Hopefully, it will stay cool and I'll be able to be in my living room, at the computer!

London is satisfied,
Paris is resigned,
but New York is always hopeful.
Always it believes that something good is about to come off,
and it must hurry to meet it.
~Dorothy Parker

Ha, great series.
So much history, so many tales.
Haven't been to the Big Apple in many years.
Thanks for sharing.

Wow..what a fabulous post...stunning images, words... and I feel the energy and excitement pulsing strongly through...awesome..shine on!!

I wondered how you were doing in that LA heat. NYC was just what you needed. Great shots.

Thanks for taking us on this tour. I didn't know those interesting facts about Dorothy Parker and the Algonquin Hotel. There's so much to discover in NYC!!

Professional trading signals sent to your mobile phone every day.

Follow our signals NOW and make up to 270% per day.