Downtown L.A. ~ The City in Color

I never met a color I didn't like.
~Dale Chihuly 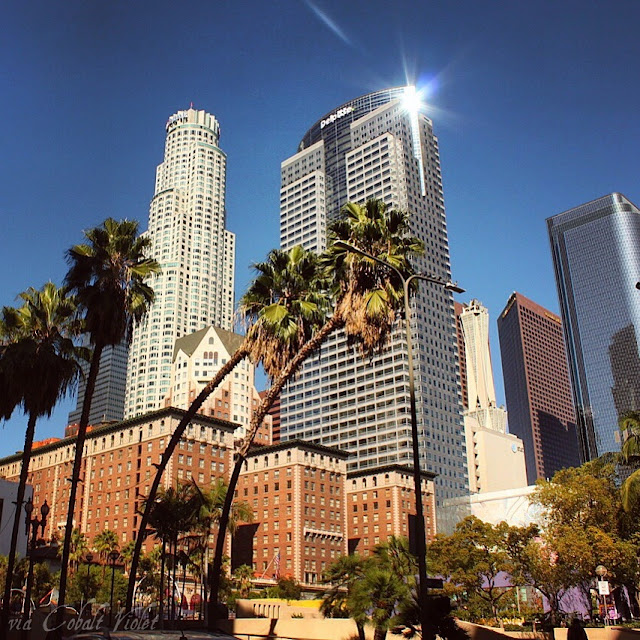 As you may have heard, Downtown Los Angeles has had a Renaissance in recent years. There are new businesses being brought in all the time, new museums, old buildings restored ... there is a lot going on! And, with a lot of various walking tours, you can have a guide help you navigate through the wonderful history of the city. (That's not to say there aren't some sketchy areas I wouldn't want to walk alone, as well as the skid row area which has grown in recent years.)

I decided recently to take a walking tour of art deco buildings downtown with the Los Angeles Conservancy, which was great! Most of these photos were taken that day, (with the exception of Olvera Street) but I'm saving the Deco shots for a future post when I have more time to write! 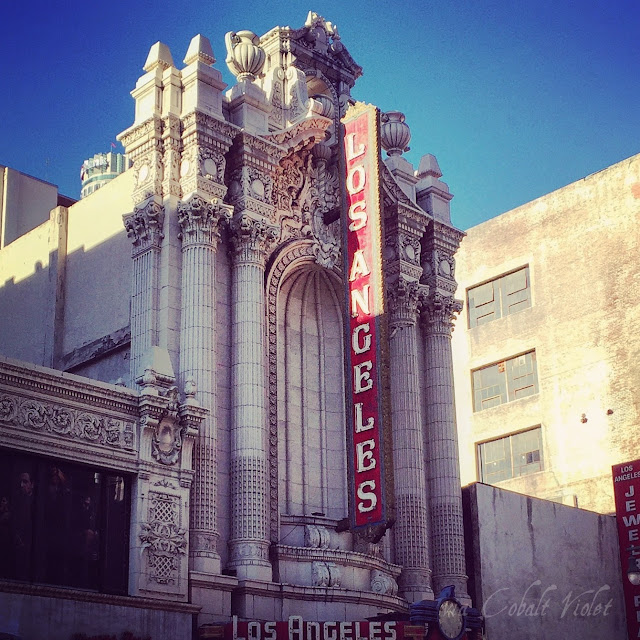 I was inside this French Baroque style theater, years ago, and it's an incredible sight to see! I hope to go back in some day and take photos to show you! I've never been in another theater like it anywhere. It was partially funded by Charlie Chaplin so it would be done for the premiere of his film City Lights.

The touring company of Carrie just played there and sometimes various films are screened there. It is also used quite often for film and TV locations. 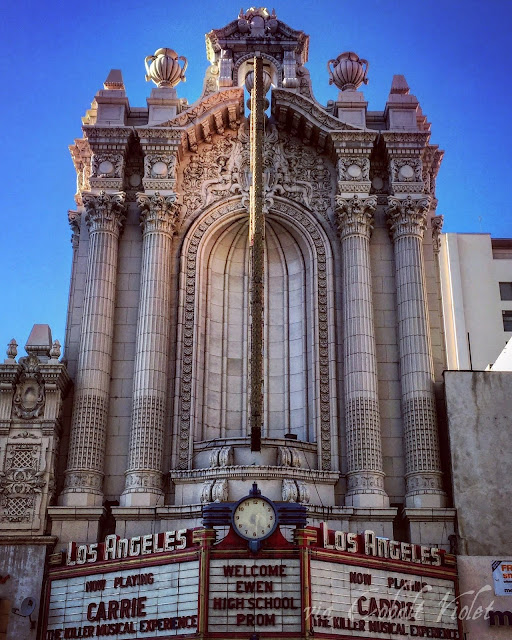 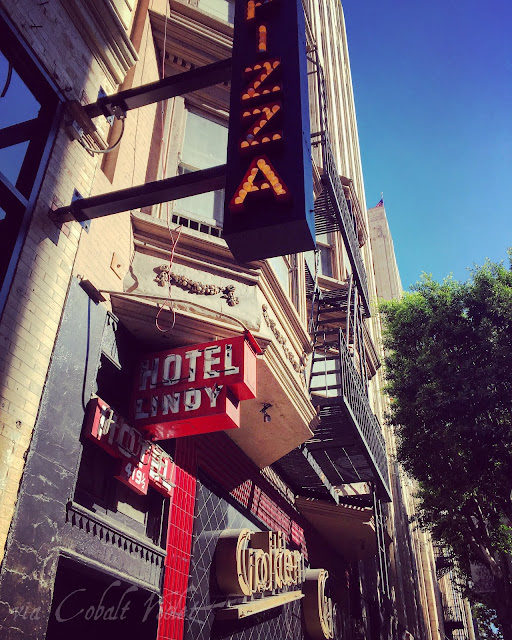 A color is as strong as the impression it creates.
~Ivan Albright 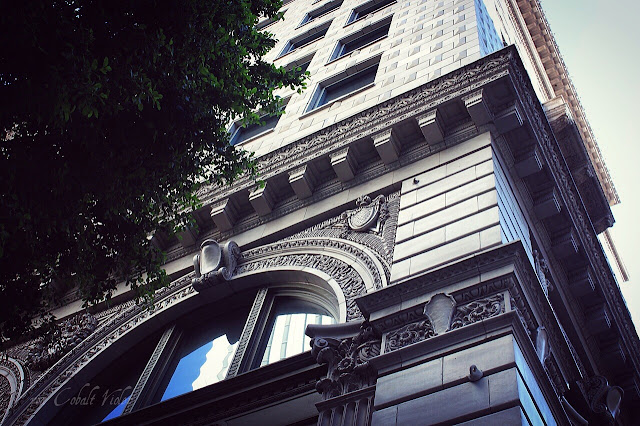 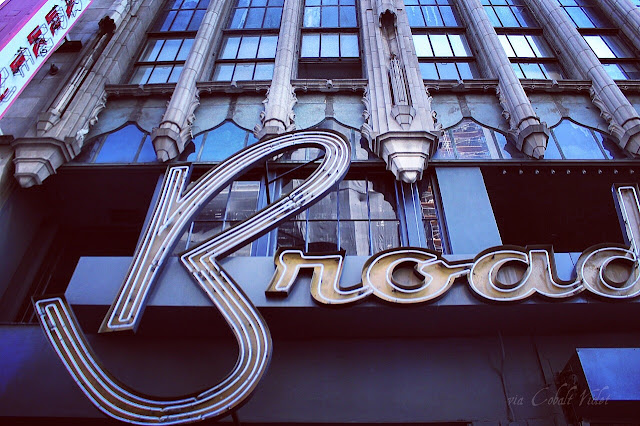 This theater below was commissioned by H.L. Gumbiner, who also commissioned the Los Angeles Theater. It was the first theater to be wired for talking pictures and premiered Al Jolson's The Jazz Singer, which was a revolution in film making. And it was the first with air conditioning!

Now the lobby is leased for various things, the auditorium is leased to a church and it's used as a film set as well. 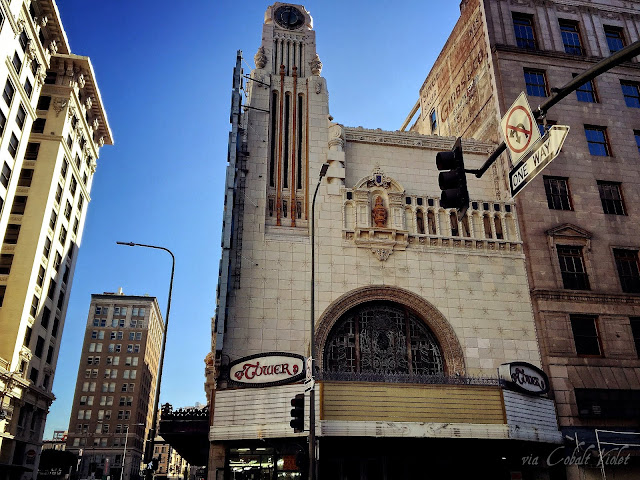 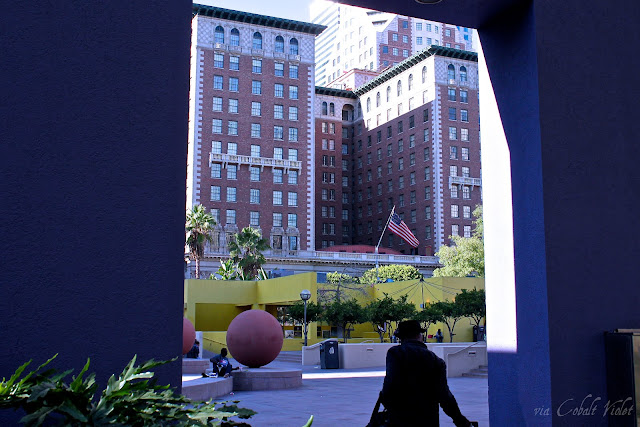 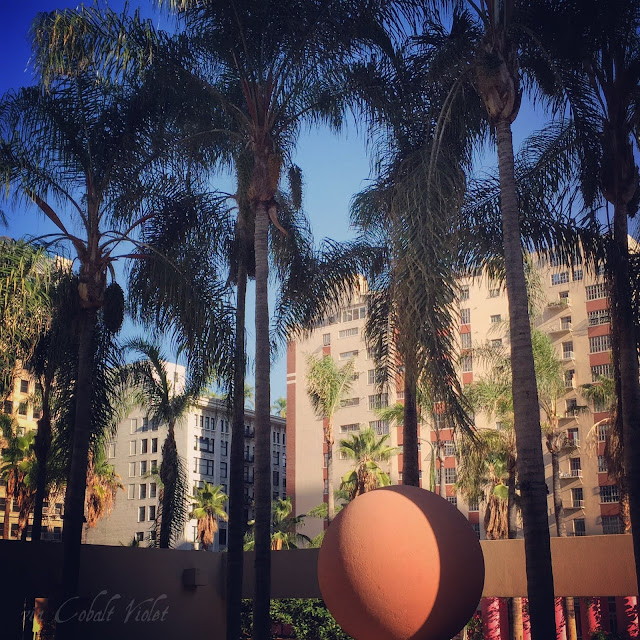 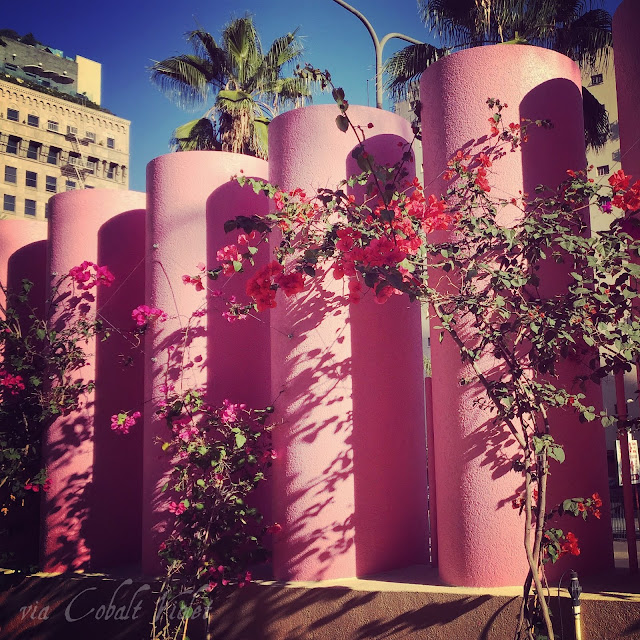 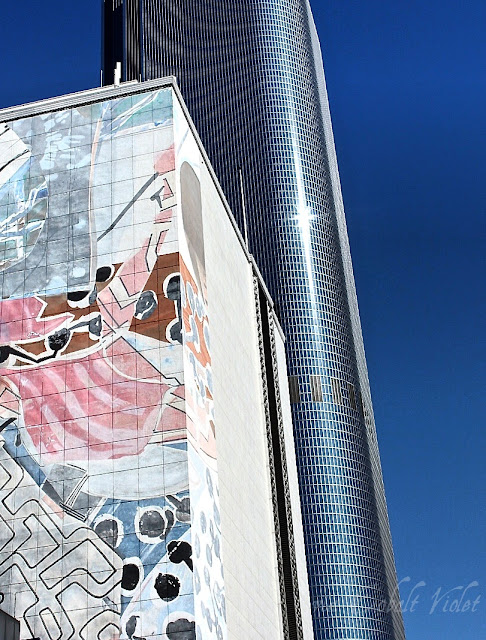 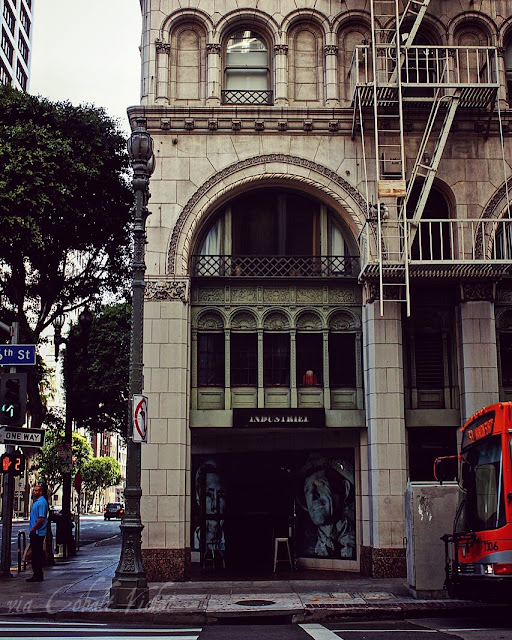 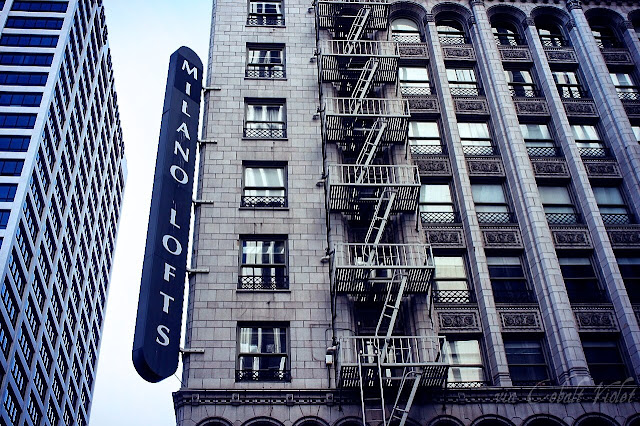 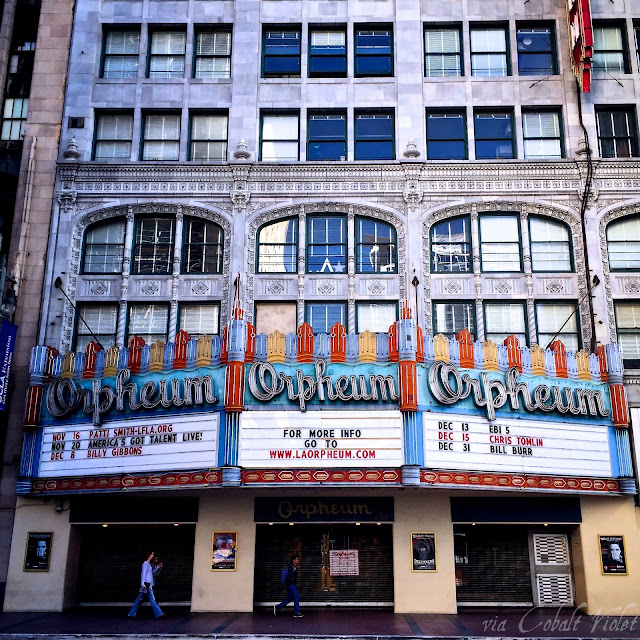 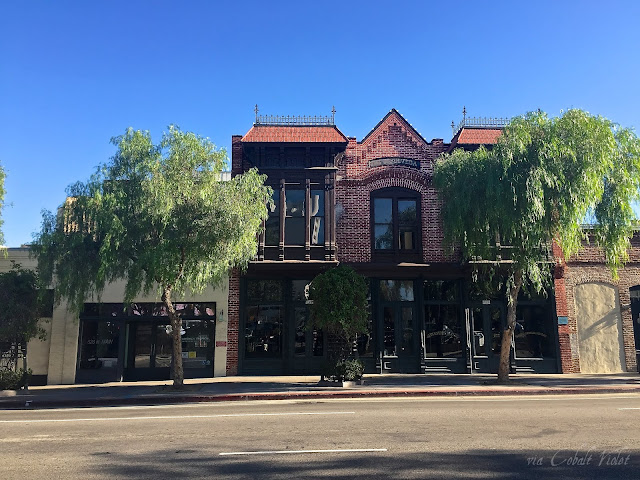 About a week later I met my friend for lunch on Olvera Street (the site of many past posts) along with her daughter. I guess you'd say it's on the edge of downtown, along with Chinatown. It's just so colorful and fun to photograph! 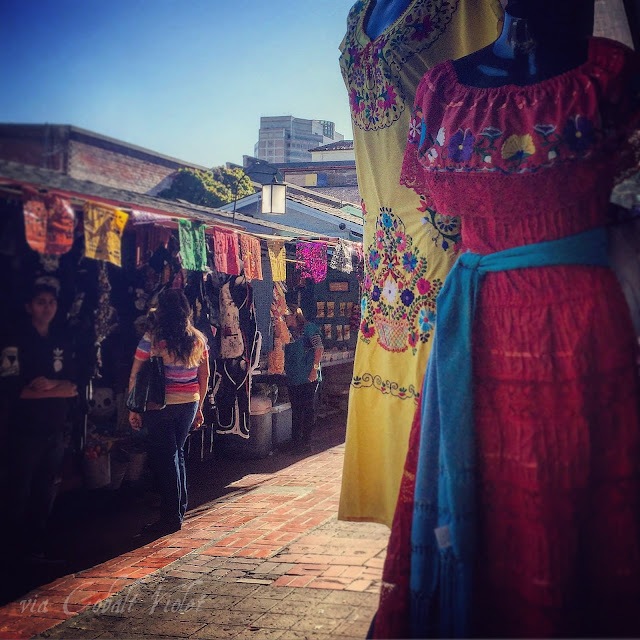 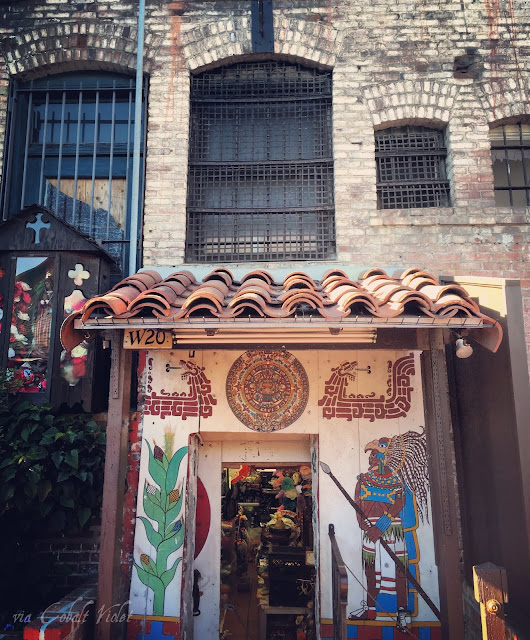 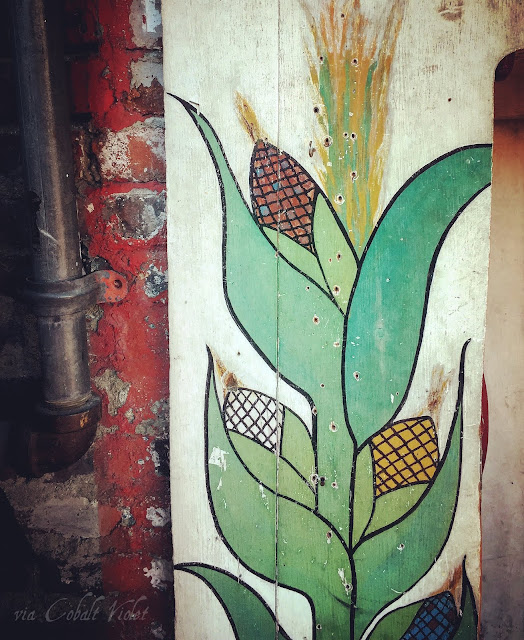 Colours are brighter when the mind is open.
~Adriana Alarcon 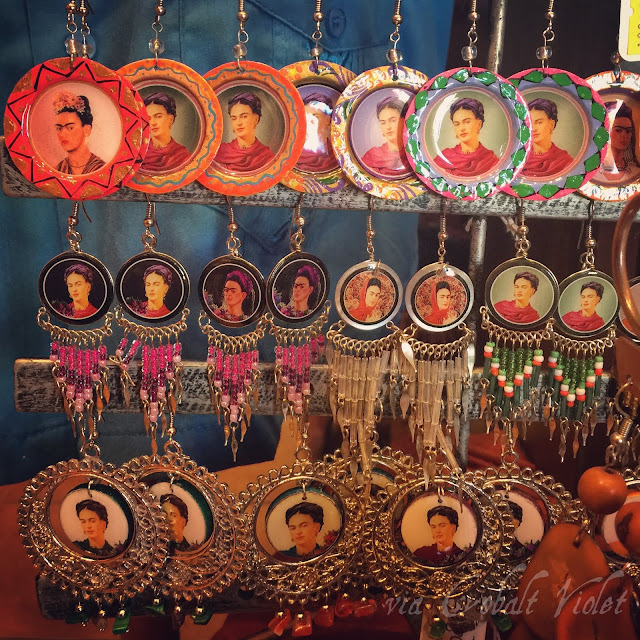 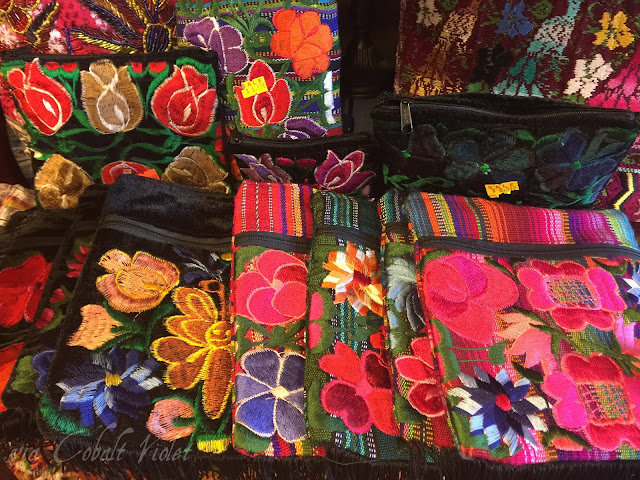 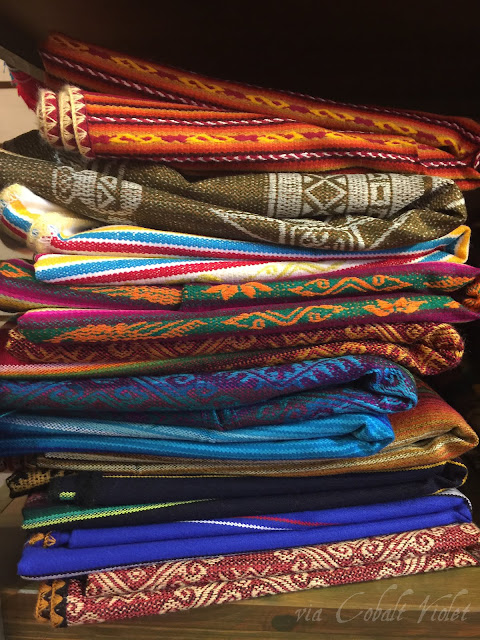 Color is the fruit of life.
~Guillaume Apollinaire 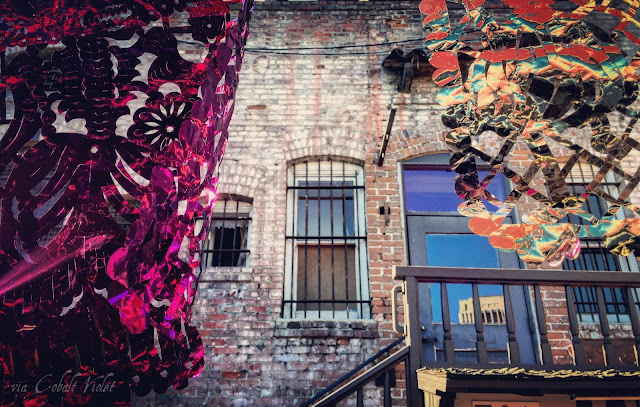 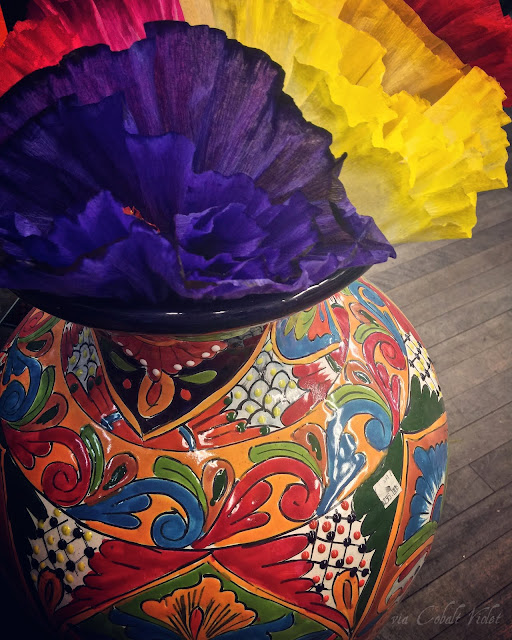 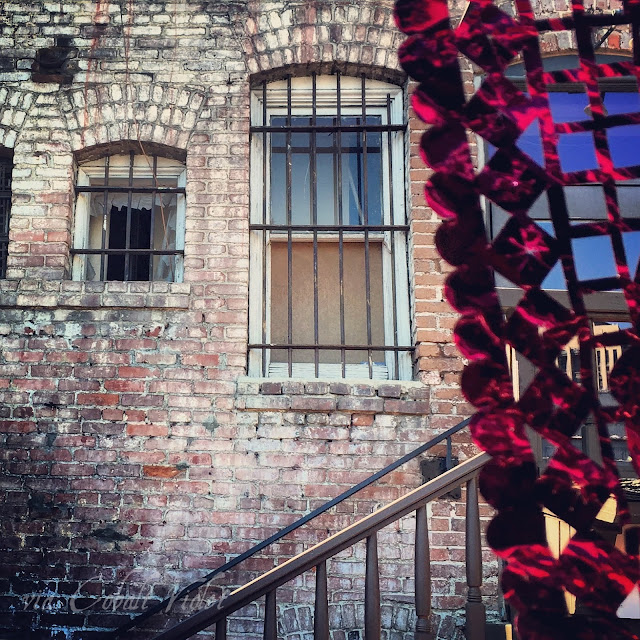 The world is your kaleidoscope,
and the varying combinations of colors
which at every succeeding moment it presents to you
are the exquisitely adjusted pictures
of your ever moving thoughts.
~James Allen

Lucinda, If you wouldn't have said it, I would never have known it was LA. We have lots of art deco buildings in downtown Tulsa too. But, LA has it all. It has been so long since I was there. Have a merry Christmas dear girl.

Gorgeous...makes me want to come for a walk!

Beautiful! The colours are lovely. I never realised there were so many beautiful building in Los Angeles.

(VIDEO) Why your ex will NEVER come back...