Back from Italy! ... Rome Glorious Rome

I am back! I hope this finds you all happy and healthy and enjoying life. After being gone almost three weeks, I feel a bit like Rip Van Winkle. It feels like a dream and like I was gone for a hundred years. Wasn't it a hundred? O.K., maybe twenty. Anyway, hopefully I don't resemble him but with the jet lag I'm not so sure.
It's taken me a couple of days to get my bearings and frankly after I loaded the 1,776 photos on my iMac I got a little overwhelmed. Where do I start? Well, I began my trip in Rome, so? Rome it is.
Rome is arguably the greatest city in the world. I say arguably only because I know someone will want to argue with me! "New York!" or "Paris!" they'll say. O.K., everyone has their preferences and they are usually for very personal reasons. Mostly, they are emotional and often it's something we can't explain ... it's a connection we feel to a place. I feel like that in Rome.
But, if I had to argue (I am winking here) I would say, Rome has an amazing energy and vitality like New York. And like New York has great food and a huge beautiful city park. It has amazing art collections like Paris and Berlin, with ancient history and ruins to walk among like Athens and Cairo. And then, there are the Romans. Every cab driver is your tour guide. I can't tell you how many times I had a driver point and yell "Victor Emmanuel!"
Other than some crazy weather we had, my parents and I celebrated and had a wonderful trip. As some of you may recall the whole idea to got started when I was sick and watching Rick Steve's Italy in the ICU on my sister's portable DVD player, after having a bad post appendectomy infection and ended up sick for ... well, months. (How's that for a run-on?) So, it was kind of a "Woo hoo, I survived" trip. If you can swing it, I highly recommend it.
ROME 2010 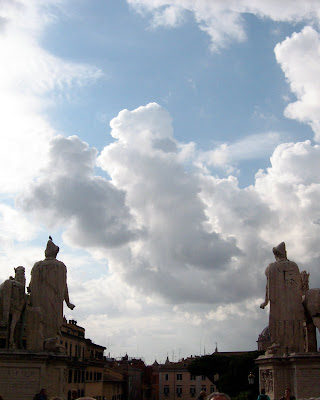 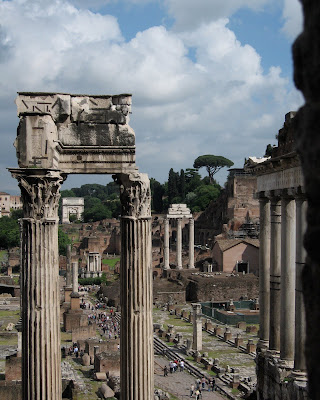 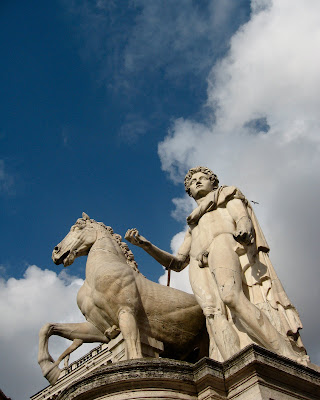 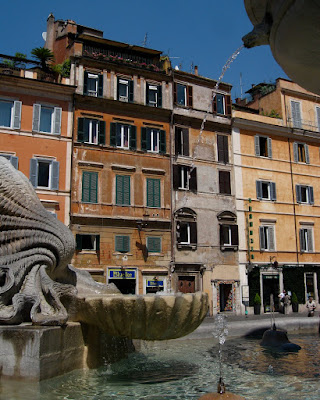 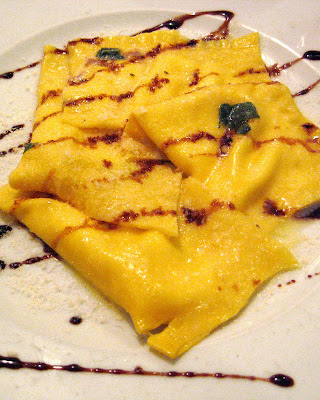 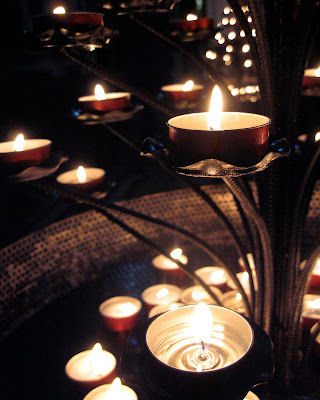 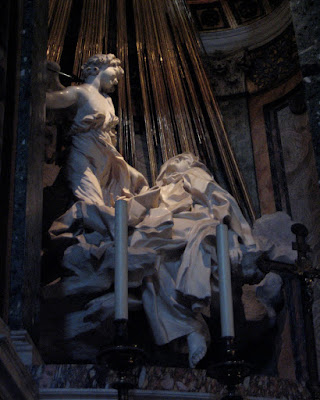 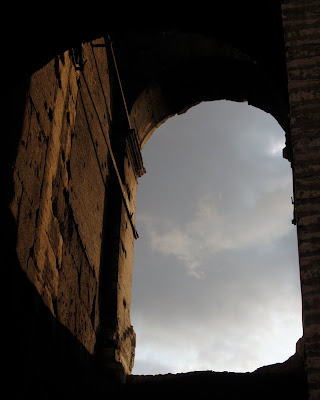 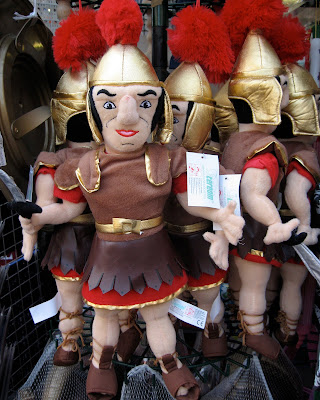 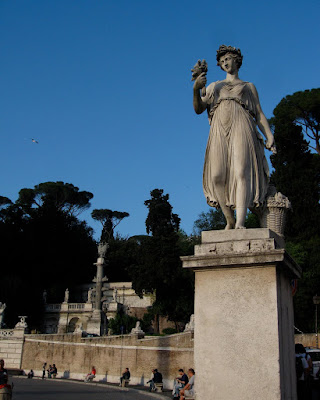 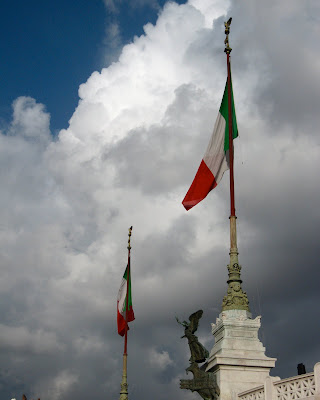 Up next? More Rome, Assisi, The Rieti Valley, Positano and Amalfi ...
Ciao for now!
Posted by Cobalt Violet at Thursday, May 20, 2010

Your photos have brought back so many memories. I was last in Rome for our honeymoon 7 years ago but had been there 3 other times before that. I always feel like I am going back home when I'm in Rome. Can't explain it but it's just something I feel. Absolutely love the place.

Yay !!Welcome back!! Thanks for all this eye candy..your photos are magnificent!! Havent been back to Italy since I was child..I will soon return..this brings back wonderful feelings! Hope you had many adventures while you were in such a beautiful spellbinding place!
Kiki~

welcome back, sweety! love all your photos...makes me want to see more, more, more!

Welcome back Lucinda...I know how you feel, as I felt the same when I came back from Ireland a year ago...seems like your whole world has changed forever doesn't it? I'm glad you brought us all so many lovely photos and it's just the beginning! Can't wait to see them...thanks for the compliment on my new header...I think I'm getting the hang of this computer thing!

Italy is so beautiful! Thanks for these pictures :-)

Welcome home. We will be in LA soon. Let me know if you want to come meet Amma.

Benvenuti a casa. I'm so glad you trip was what you had hoped.

Thanks for the welcome back!!!
I am trying to adjust and ... fit into my pants!
I might have gotten a bit carried away the Italian
cuisine!

Had dinner with mom and dad last night .....at Osteria Monte Grappa! So many interesting stories from your trip....so many interesting people. And so many links to home ... LESS than "six degrees of separation". It's all in "The Plan". Love it. : )

What can I say, I am sitting here and looking through your marvelous images, up and down the blog and now, Rome! (I lived there for a long time and am still a Roman at heart.)

I am so happy for you, that you have conquered your illness and were able to enjoy this fanttastic trip to Italy!