The day after we arrived in Assisi we hired a driver to take us down to two of St. Francis' sanctuaries in the Rieti Valley. Rieti is South of Assisi and actually in Lazio (not Umbria) and is about 1 1/2 from Rome.

Our driver Mauro ended up being a completely awesome guy, (which is especially great on a day when you are going be in the car for 3 hours or more!) And, topping it off, we all became friends. We discussed everything from Francis to the Italian neorealist cinema of the post war era. He's the coolest.

Greccio Sanctuary is a couple kilometers from the town of Greccio and about 1,000 meters up on Mount Lacerone and looks out over the beautiful Rieti Valley. We had some crazy weather and quite a bit of rain, but even with that it was serene and beautiful. 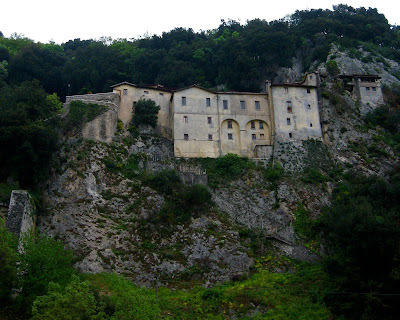 Francis first came to the Rieti Valley around 1209 and love this place. It is easy to see why. On a return trip he began what is now a yearly tradition around the world. 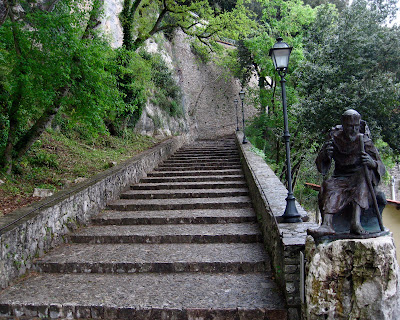 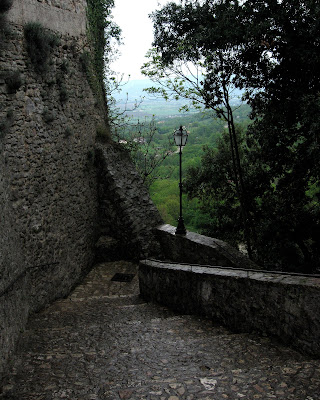 The Chapel of the Crèche 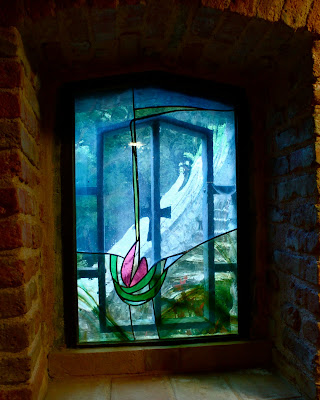 Grotto of the Crib
The Chapel of the crèche was built the year Francis was canonized in 1228,
on the site where that first living nativity took place. 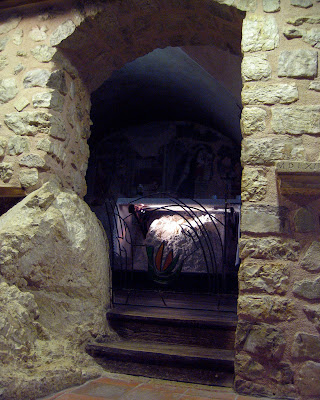 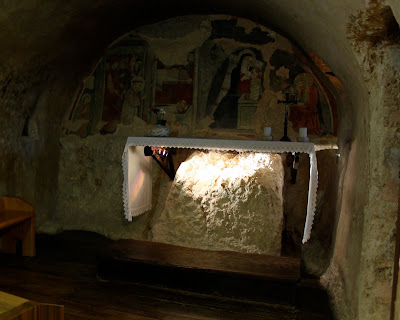 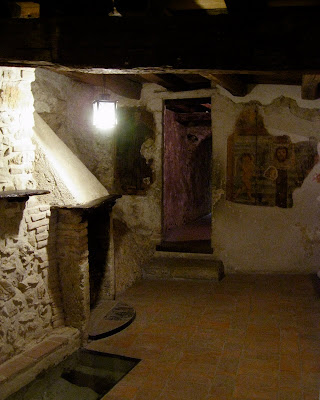 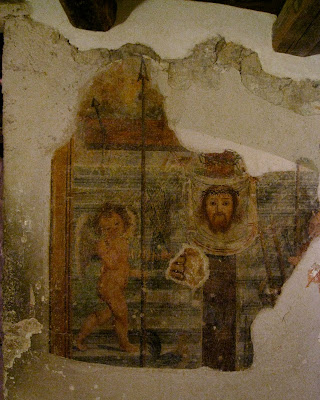 Cell of St. Francis (where he slept) 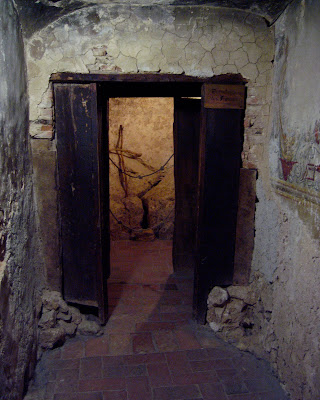 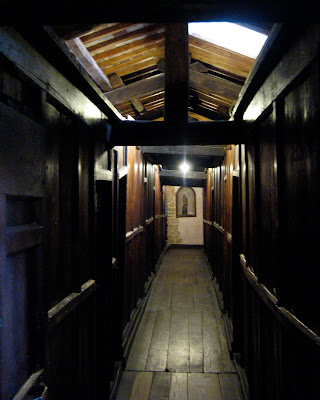 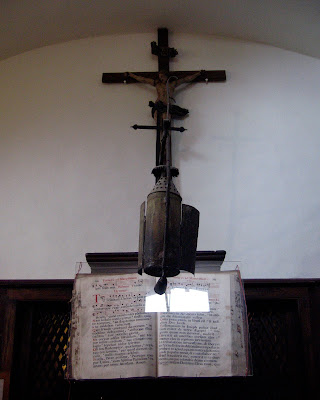 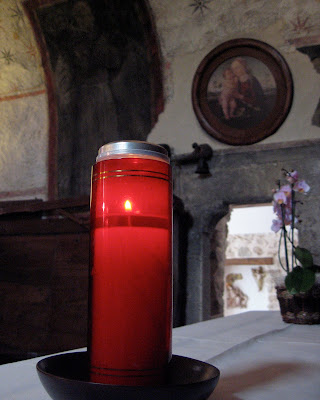 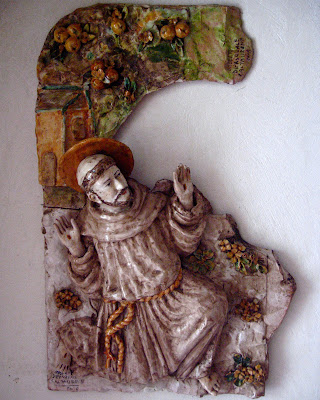 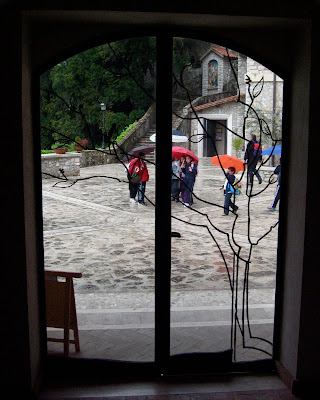 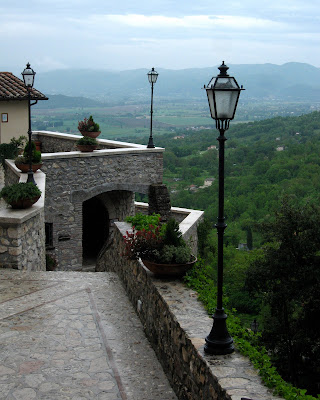 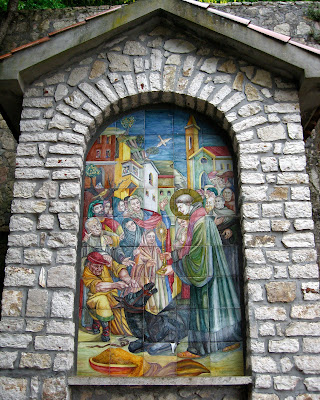 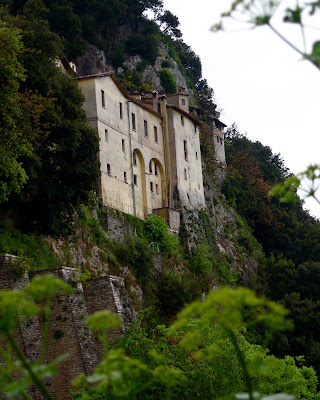 It was so beautiful and even with a groups of school kids, pilgrims and nuns, it was still peaceful and felt very sacred. The rain and the nuns singing made it feel even more mystical. I filmed all this as well, so eventually you will all see it.

They still do living nativities here at Christmastime ... wouldn't that be amazing?

For more of the sanctuary's treasures, see below!
Posted by Cobalt Violet at Thursday, June 10, 2010

What a breathtaking place! I can hear in your words how sacred it actually was. Lucky lucky you!

it would be stunning to see a nativity there, wow!

Wow..what a treat..these are truly magnificent and truly special!! Gorgeous!