Nighttime at the County Fair

I was still on a mission to see the livestock, especially the bunnies. You see, I worked at the fair in junior high when I had a rabbit. It was a huge white French lop I named Dior. My friend Jenny had a black one named Valentino. Needless to say, we were more into fashion back then than livestock and our 4H stint only lasted a year.
My friend Lynn (mentioned in the previous post) had a lambs for two years in 4H, so she was on as much of a mission to walk down the sawdust memory lane as I was. So we headed off to the livestock area and found it pretty much the same as it was back in Junior High. We walked around and talked to the animals, gave neck massages to the lambs and chatted up the bunnies. I fell for the little red one below.
After getting in and out of line and chatting up carnival workers for their best advice on how to swing it, we timed the ferris wheel just perfectly and rode it during the fireworks at the end of the night, ocean breeze on our faces, deep fried food in our bellies. 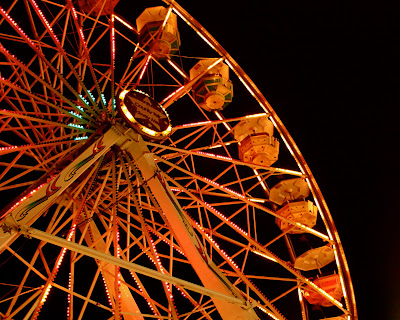 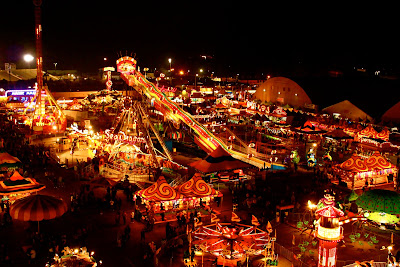 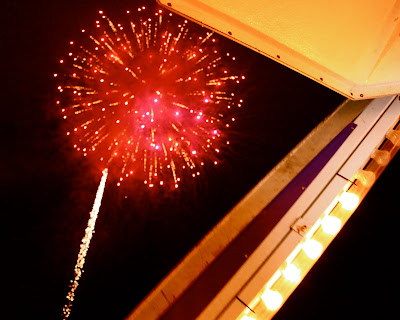 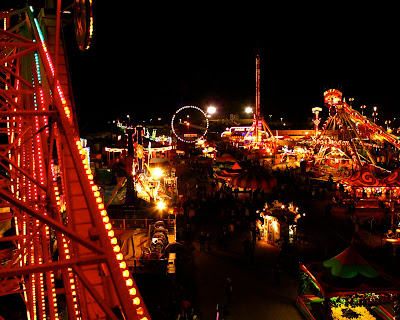 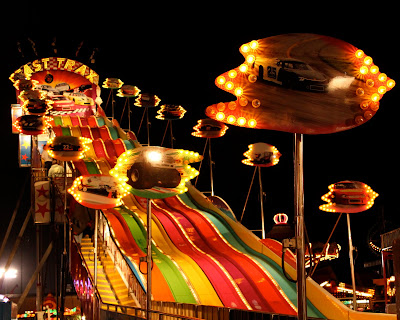 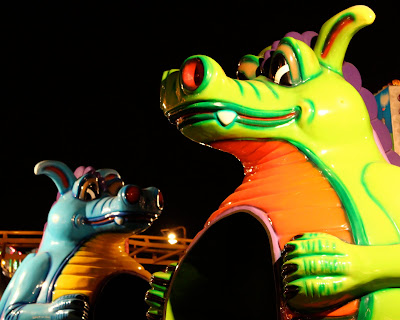 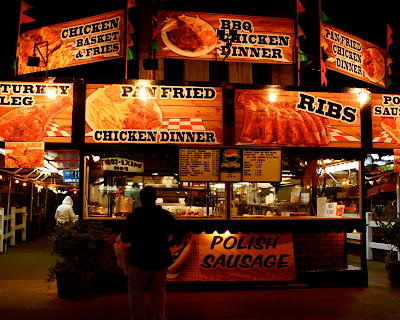 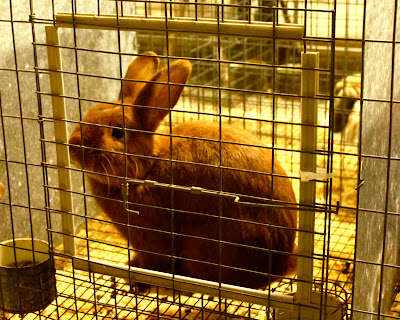 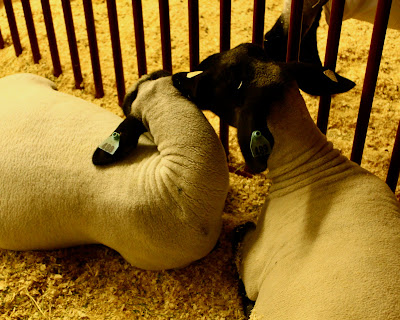 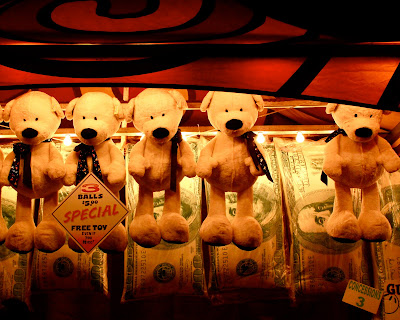 Did I mention that after Indian Fry bread, deep fried donuts and 3 beers, I topped off the night with a deep fried banana covered in whip cream? At the fair it seems I can justify anything. I told my self, "At least it has potassium!" 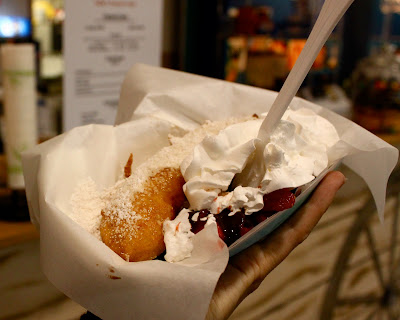 Do all hometown county fair's look alike?
I love that mine never seems to change.
It looks the same, only the bands change.
Have a fantastic weekend!
Posted by Cobalt Violet at Thursday, August 19, 2010

Fantastic photos Lucinda...all I needed was some circus music to top it off! As far as the food goes...what the hell...sounds like your belly had fun too!

These shots are classic! The Ferris wheel, the slide, the fireworks, the bunny and the food... you got it all!

Hi Lucinda,
Your post has magical fairground photos!
Beautiful fairy lights. I have always loved fairy lights.:-)
The bunnies and lambs are so cute. I would be very tempted to take them home with me.
Deep fried banana covered in whip cream looks delicious... Yummy!
Have a lovely weekend as well.
Best wishes,
Jo.x

Hello Lucinda, what a wonderful post and the photos are great. I like visiting faires and of course I love to eat all those goodies there, too. Have a nice weekend and thank you for your nice comment, Inge

i absolutely love these images... they are so lively and fun... yes, at the fair anything is permitted especially crazy greasy food... haven't been to one in sooooo long... have a great weekend!

you have truly captured the fair with your photography, really wonderful pics... perhaps I should go to ours this weekend.

Hi Cobalt..as always.. I can count on your for some spellbinding photos of beauty and wow-factor..and an advnture to imagine I am upon!
Love all that you do..thanks for the maic you create and share! you are such an enchantress !

Have a happy sparkly wkd
kiki~

Ooohh, what fun! These pictures are great--and I love that bunny!

Thanks everybody for the sweet comments!
Guess I will have to go back for more deep fried dough next year!!!

Fun! Wish I could have joined you. If there is such thing as beauty at the fair (LOL), you captured it!

Looks like so much fun! Just don't have your cholesterol or triglyceride levels checked for a few weeks!

Get professional trading signals delivered to your mobile phone daily.

Start following our signals NOW & make up to 270% per day.