I was hoping to post pictures from my hair salon excursion to Santa Barbara today but with the crazy traffic, road construction (in the middle of the day, on a two lane HWY, on a FRIDAY!!), plus all the time at the salon it took to cover my scary roots ... no pictures.
I had to get back to the puppy who managed, by the way, to get my favorite hairbrush down off the bathroom counter and dismember it into a thousand tiny pieces. Honestly, it looked like she'd killed a porcupine.
The fish is much less trouble. This is Michael, the Beta Fish I got for my 4 year old nephew. He named it Michael because "Beat it" is his favorite song to dance to and before you ask, no, I am not sure the fish appreciated being named after Michael Jackson, but since he can't speak, he can't protest.
Michael 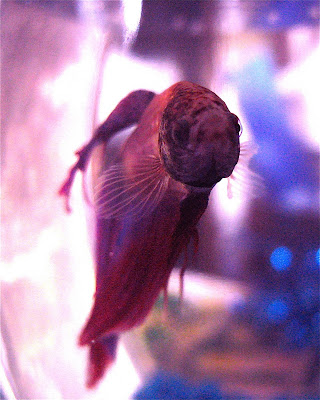 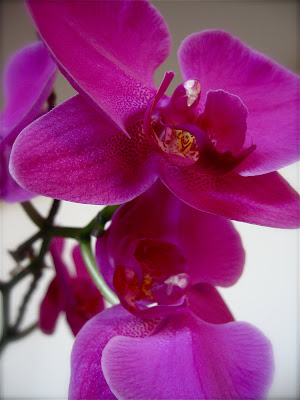 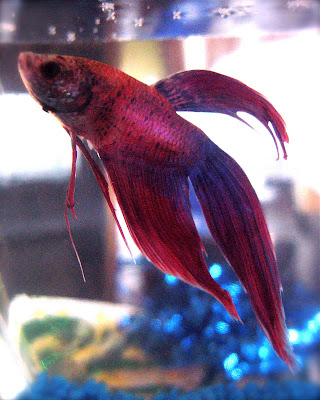 The truth knocks on the door
and you say,
"Go away, I'm looking for the truth,"
and so it goes away.
Puzzling.
~Robert Pirsig
Posted by Cobalt Violet at Friday, September 04, 2009

Michael...I love it. You don't even have to explain the reasoning to the fish. He seems very busy anyway!