Amazing.
I as I began to walk up the winding ramp at the Guggenheim ... it was overwhelming. This is what I had been waiting for. I entered the "High Gallery" at the beginning of the circular incline with six of Kandinky's masterpieces and I was overcome. I actually started to weep! (Not the ugly cry but a steady stream of tears.) I was actually there. I had made it. After a seriously crazy year, I had survived and had made it to Kandinsky at the Guggenheim.
I actually made it to the exhibit twice while I was staying in Manhattan. What a gift! My favorite artist, a retrospective of his work to celebrate the Guggenheim's 50th anniversary. Seeing so many works together was incredible. Pieces that normally hang in Paris, Munich, New York and private collections, hung side by side. The farther up the spiral of this Frank Lloyd Wright building the more in love I became. Some of these paintings, so filled with music and color you want to swim in them. I could stare for hours into one of his paintings!
I wish I could have included photos of some of the lesser known pieces but I would have gotten thrown out, so this was the best I could do! Go HERE to see more pieces.
Every work of art is the child of its time;
each period produces an art of its own,
which cannot be repeated.
~Wassily Kandinsky 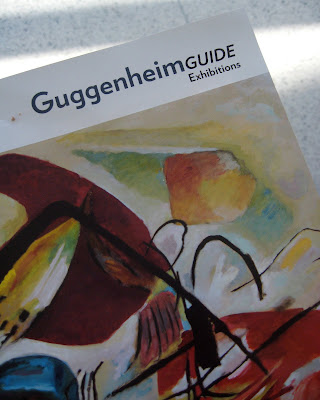 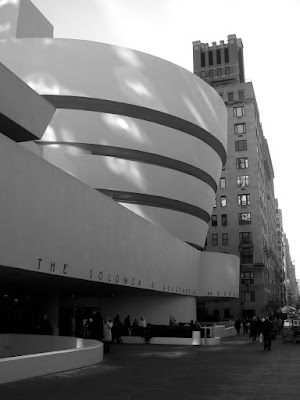 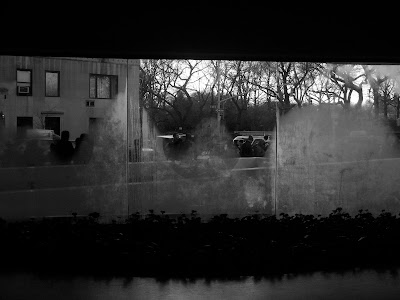 "The true work of art is born from the 'artist':

a mysterious, enigmatic, and mystical creation.

It detaches itself from him, it acquires an autonomous life,

becomes a personality, an independent subject,

animated with a spiritual breath,

the living subject of a real existence of being." 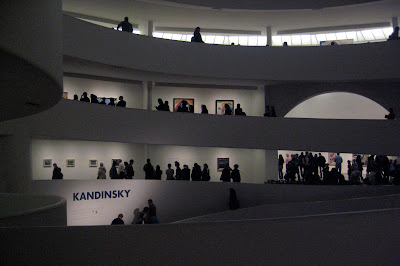 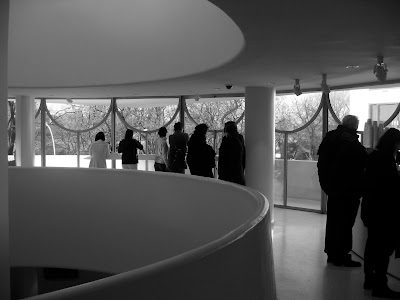 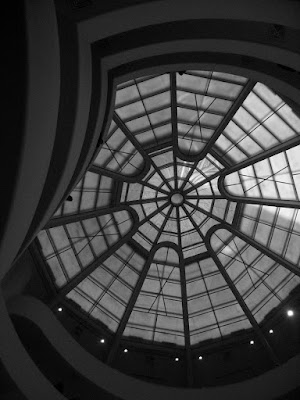 Every man who steeps himself

in the spiritual possibilities of his heart

is a valuable helper in the building of the spiritual pyramid

which will someday reach to heaven.

(More picture of my East Coast adventure to come!)
Posted by Cobalt Violet at Saturday, January 16, 2010

Oh I loved hearing and seeing through your passionate eyes. Beautiful!

If you need your ex-girlfriend or ex-boyfriend to come crawling back to you on their knees (even if they're dating somebody else now) you must watch this video
right away...

(VIDEO) Text Your Ex Back?