Went to see "Your Bright Future: 12 Contemporary Artists From Korea" at LACMA. Definitely worth a trip out of the house! And by the way the Ahmanson Building never looked so good! Titled "Welcome" by artist Choi Jeong-Hwa. 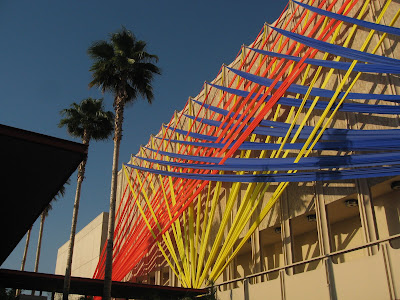 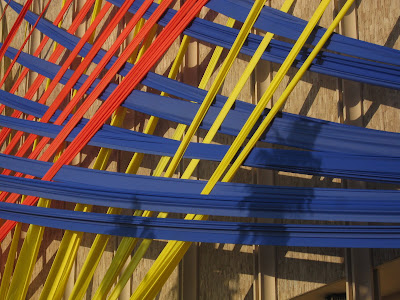 This was another one of his works which was outside the Broad Building. It was titled "HappyHappy." Late in the afternoon when the sun came through from the West it was pretty fantastic. 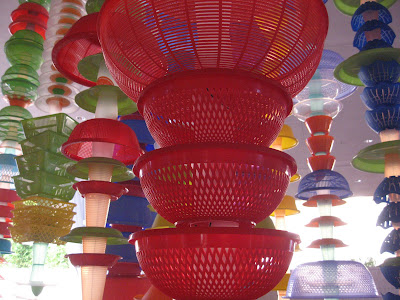 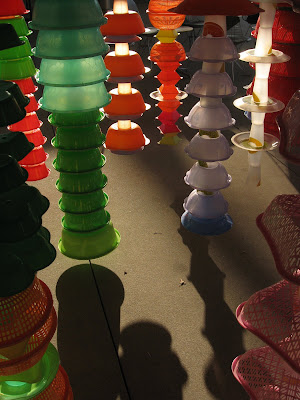 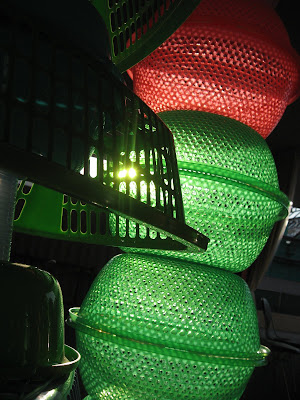 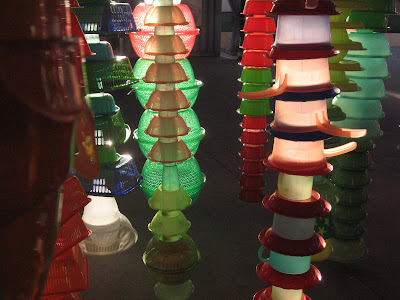 An artist I LOVE that was also featured in "Art 21" ... Do Ho Suh had two pieces in the exhibit. (Unfortunately you can't take pictures in the exhibit but you should check him out.)
My favorite in this particular exhibit was "A Needle Woman" by Kim Sooja who produces, directs and stars in her videos. Amazing. There are 6 huge screens with videos of her standing in streets, frozen, facing forward like a statue (so you as the viewer see the back of her) and all the reactions and sometimes non-reactions of the people walking by. The videos were filmed in Cuba, Nepal, Israel, Yemen, Brazil and Chad. The different reactions were fascinating, sometimes hilarious and varied greatly between countries. Click on her name to go on her website and then click on "videos." Love her. Very cool.
Posted by Cobalt Violet at Monday, July 13, 2009